It's An "Easy Mistake" for ​​Sean Paul and Canadian Chanteuse ​​Sielle! 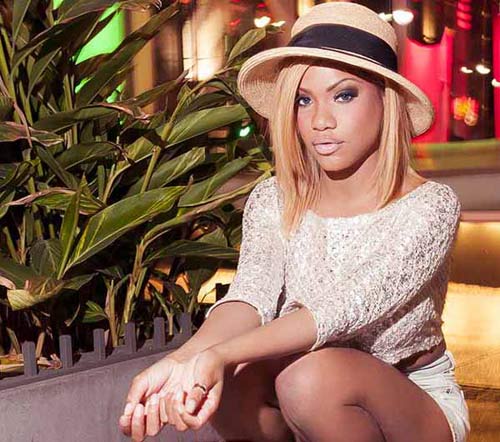 Billboard recording artist Sean Paul has collaborated with Canadian chanteuse Sielle to make an "Easy Mistake" which is impacting radio and causing a stir in parties!

The duo teamed in the studio in Jamaica with the goal of giving fans an infectious song that they will sing along to, while introducing the young starlet, Sielle, to an international audience.  The collaboration resulted in a certified banger which is being loved by all who hear it.

With ingredients that include a crossover Dancehall rhythm, Sielle's silky smooth voice and sweet lyrics to compliment perfect melodies and harmonies, both Sean Paul and Sielle are winning fans who not only appreciate the two working together, they also appreciate the concept of the song!  "We've all done it at some point in time" says Sielle, "we've all fallen in love with a person which turned out to be a mistake, so this song is about moving on from this mistake!"

Produced by the hit-makers Matthew 'Esco' Thompson; 957 Muzik and Smokin Acez Media, "Easy Mistake" is on track to be the summer anthem and have the season buzzing.  The song, written by Sielle, was welcomed by Sean Paul as a project to work on.  Impressed with the young vocalist, Sean has high hopes for the song as it is one that most people can relate to.

Since the age of 5, Sielle has been trained in classical music and attended performing arts schools.  Her passion for music led her to produce, write and perform her own material; honing her sound.  This has allowed her to claim a presence across multiple genres which includes Pop, Reggae, Folk, Classical, Opera and R&B.

Growing up in Little Burgundy, Montreal and being exposed to a plethora of cultures, Sielle is bilingual and sings in French. She has performed at Nappa Valley's Bottlerock Festival 2014 and 2015, where Jim Peterik featured her on hit song Eye of the Tiger.  She has also performed at the Montreal International Reggae Festival two years in a row, and smaller festivals and clubs throughout Canada. Previously released songs, include "Little Girl," "Change You," "Runaway" and "Together" which was penned by the legendary David Pack of Ambrosia.

Although Sielle's sound is characterized as alternative soul; the collaboration with Sean Paul has allowed her a chance to tap into her Jamaican roots to deliver a masterpiece.  "I want to touch people with my music, my music is a dairy, what I feel, what I have been feeling throughout my life," explains Sielle with hopes of changing lives through her music.

However, working with Sean Paul on Easy Mistake, has had a major impact on Sielle.  This collaboration has allowed her to go into her Jamaican roots with all of her life's experience as an artist to deliver a masterpiece.  The goal is to propel into the international market that is ready to accept another musical star named Sielle. Follow Sielle at www.sielle.ca; FB:Sielle Live; IG: @Siellemusic & @Siellelive Tw: @Siellelive