If you ask almost anyone in the world to get up at 3 am to stand out in a monstrous storm to stand outside & party in a chilling rain they’d think you’re mad, but if you were in Bermuda for Heroes Weekend then you were just one of the thousands of revelers at BHW’s Glow J’ouvert fete. 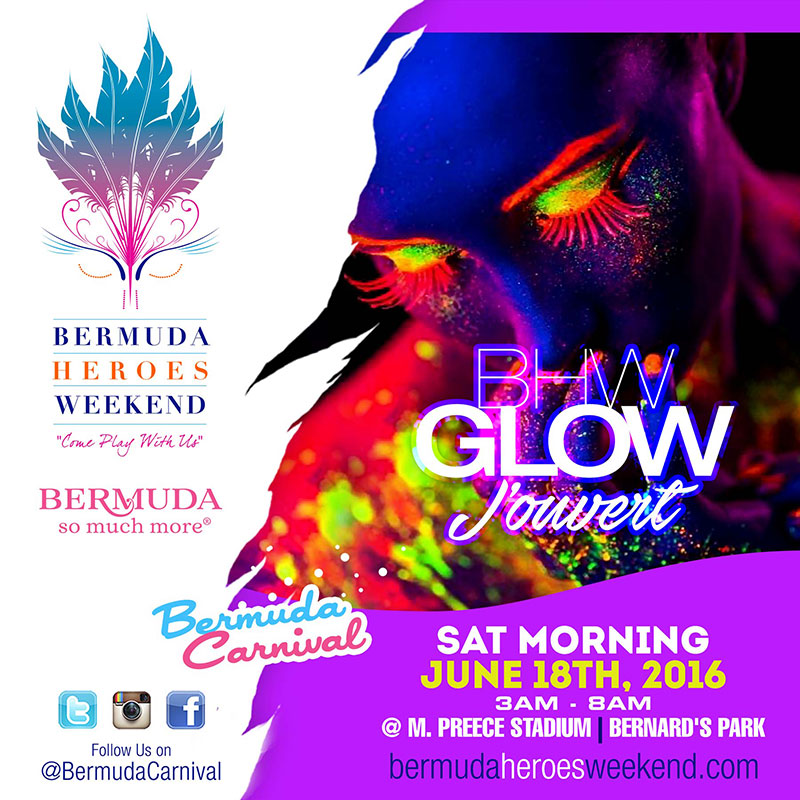 As we reached in the dark of night the fete was in full force.  Rain wasn’t dampening the spirit of thousands of revelers. It was pitch black outside & as the music pumped all you could see from a distance was the waving of glow sticks in the air and as we got closer with the glimmer from the glow sticks hundreds upon hundreds of silhouettes wining on each other.

Candidly, in the dark of the night & heavy rain pouring down that was the coldest I’ve ever been on an island – definitely the first time I’ve ever shivered ...... yet it just served as another excuse to drink rum & wine on people (trust plenty people were staying warm by wining with one in front & one behind lol).  It was a beautiful reminder of key lessons in life – no one can control the weather, but you can control your outlook.  And life is a lot more fun with people than on your own, so get together & celebrate (and stay warm.....) 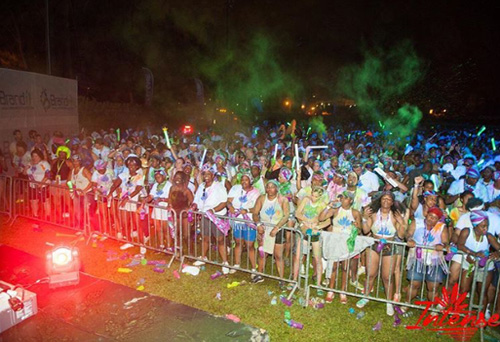 Bermy’s are quite a creative bunch.  Their ingenuity turned the weather from a hindrance to an asset as they built monster slip & slides for people to have dual races sliding across the soggy grounds.  There were mud pits and people similar to photos & videos I’ve seen of what the original Woodstock festival.

It was a lot like having been on punishment or trudging through rough times in life to then get a break & reprieve from it all – you truly appreciated when the sun came up & the rain ceased, feters went WILD. I saw climbing, lifting, and wining of all kinds – double-up lifts, sandwich wines, piggy-back, inverted lifts (aka 69 wines) .....it got a bit out of hand lol. 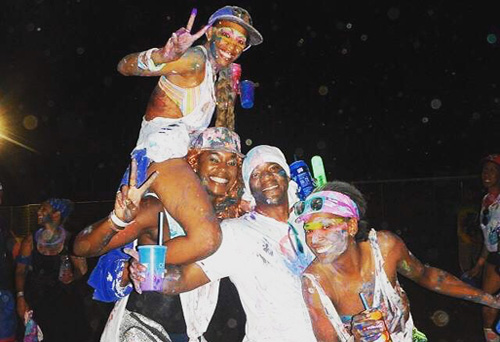 Our own, Stephen Choo Quan, was part of a move I’ve never seen before in all my years.  While enjoying some jerk chicken my friend, Danni, who is never shy about her wining skills and putting her skills to use celebrating with friends, decided to back it up on him.  It went from a simple gentle wine while a man still with plate in hand & eating, to next thing you know Danni’s hands on the ground, legs wrapped around Stephen’s waist and she really putting it on him LOL.  Stephen, not to be out done trying to lift her to more of a superman position with one arm while still having a plate of food in the other lol.  Thankfully a mutual friend was there to lend her leg as a stabilizing support for Danni to wrap her arms around her thigh – so we’ve gone from a simple wine while a man ate to now a wine involving 2 women – 1 in superman position & a man trying to pull some superhero strength to eat AND hold her in the air. It was hilarious & indicative of how the entire J’ouvert went off the charts for the last 90+ minutes of no rain & dawn having reached. 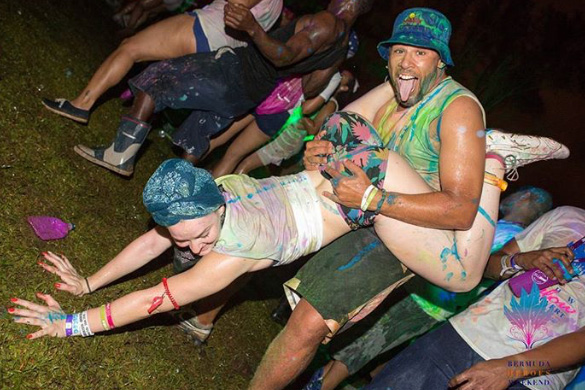 While they had water trucks & hoses ready to go, there was clearly no need for them this year.

The BHW team should be incredibly proud of the growth & not experiencing growing pains with this fete.  Last year roughly 400 tickets were sold, this year multiple waves of tickets were sold out – by the end they’d sold 3,000 tickets – that’s MASSIVE growth!  When you think of a fete growing that much internally you get a bit concerned about will they experience growing pains – like the normal bottlenecks/trouble spots of service like running out of alcohol or incredibly long lines for drinks or food and honestly I never saw or heard of anyone mentioning an issue, so kudos to the planning committee on a job well done. 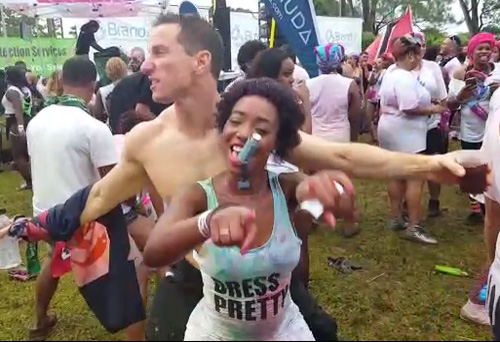 I didn’t see a ton of paint at still being spread once the sun came up but that was about it, honestly it was secondary to the joy of wining & warmth at that point.  This was an all-inclusive fete – near the front there was a tent serving roti, doubles, and pelau.  What people didn’t recognize in the middle of the night & storm was that there was another large tent & grills firing at the back of the venue that had jerk chicken being served all night & through the morning.  More impressive – with this amount of people (literally 6x’s bigger than last year), thankfully the bar was well stocked and able to serve until the fete finished (we’ve all been to fetes that were all-inclusive that ran out of liquor.....that’s never fun, and glad the BHW team had us covered).

It’s the only J’ouvert I’ve ever experienced where you came clean.....everyone got dirty & essentially everyone left clean by the time the time it was over (minus some paint covered cotton shirts & muddy shoes).

When it was all said & done, there were a whole lot of smiling faces headed back to the car park, wines still being had & a lot of people grateful the clouds were gone and everybody was ready for a shower & looking forward to de road.....

This article is part 2 of a 5 part series. Other articles in this series are shown below: