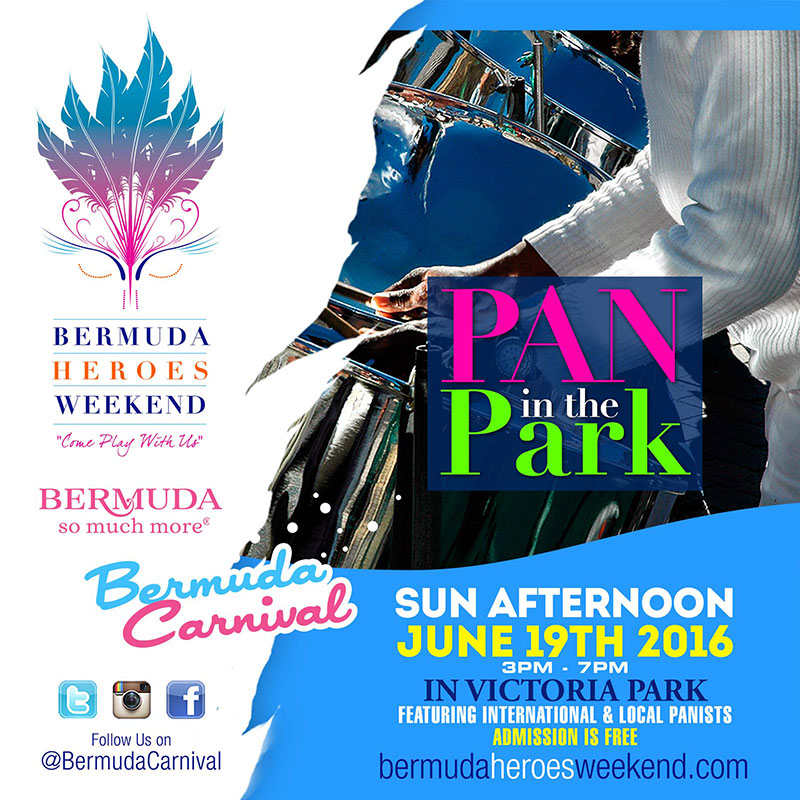 Locals refer to Sunday of Bermuda Heroes Weekend as “Promoters Sunday” – with a number of new fetes added to the variety of options for revelers to enjoy.  Some chose to hit a breakfast fete, there were multiple boat rides (from early early morning through mid-day) others doing more of the touristy sight-seeing, others taking it easy.  With it being Father’s Day – it was the perfect day for Pan in the Park where people bring their coolers – plenty food & drinks being shared and lay out on blankets, perfect relaxed picnic lime with family and friends.  Unfortunately, the weather didn’t cooperate with us & Pan in the Park had to be postponed/canceled. It was disappointing because once again, it was a great opportunity to have experience that is different/unique in terms of what we often experience during the prime weekend of Carnivals throughout the Caribbean or around the globe – so it would have been appreciated but Mother Nature wanted to give us a reason to book our return flights for another BHW. 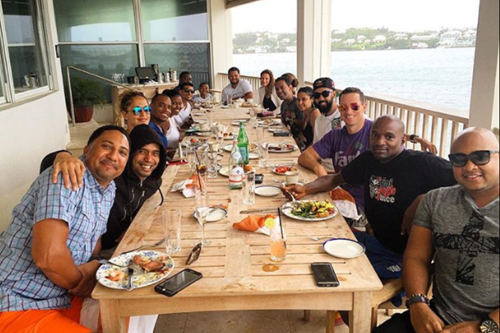 Instead, we extended our brunch.  I literally had 5 plates of gluttonous/glorious food at the brunch offered at Hamilton Princess’ “Marcus’” (world famous James Beard award-winning Chef Marcus Samuelsson) which included your staple breakfast items of egg options but then jerk shrimp on jasmine rice, soft shell blue crab, lamb, prime rib, shrimp, salmon, variety of pastas & salads......and desserts – oh boy were there desserts – my inner fat kid did backflips.  We were blessed to be in the company of the entire TJJ Team, Jason D’General and his family, along with DJ Private Ryan, Barrie Hype, Patrick the Hypeman, DJ Crown Prince & Young Legend Ryan Sayeed.  There were a hell of a lot of laughs, discussions of music, working their crafts, fetes, schedules, always hilarious bad decisions we’ve lived to tell about, and just an appreciation for an unexpectedly relaxed afternoon. 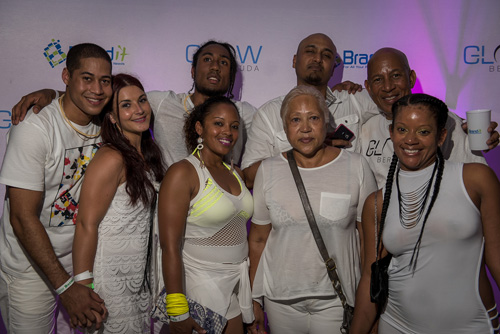 The weather had shifted multiple fetes from beach front spots to alternative locations.  Team TJJ headed to Glow – an all-white all-inclusive fete.  The original promoter Marilyn – years ago started as a small lime at her house for her Trini friends to gather on the holiday weekend.  It’s now been going on for 9 years and the last 2 officially as “Glow” an all-inclusive white party. 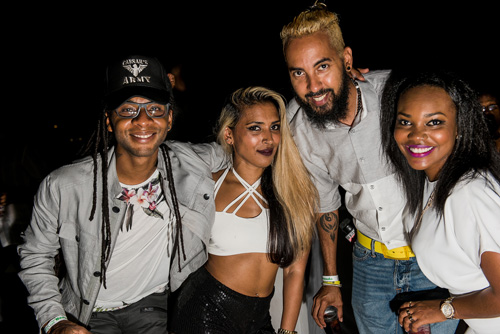 The alternate venue was on Front Street – both an indoor & outdoor space overlooking the water.  With space to dance both inside and out and food stations located under tented space on the back patio – plenty of people enjoying Roti and Jerk Chicken while drinks flowed inside & outside.  As the night progressed & the rain let up the vibes went WAY UP - with now 2 large dance areas people dancing inside and on the patio.  It's beautiful to be outdoors, Soca pumping dancing under the stars & moon as light reflects off the ocean just a few meters away - just another beautiful moment in island life. 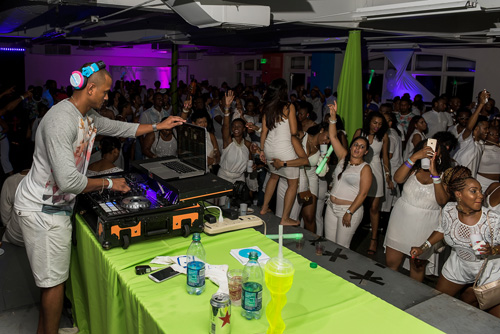 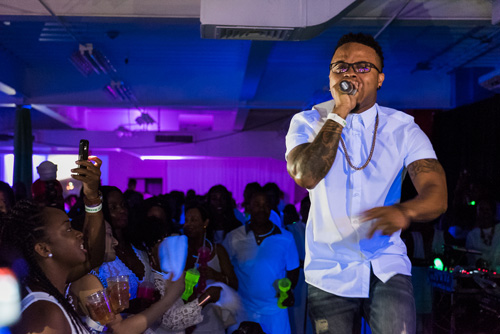 Nuphoric headlined at Glow bringing more of a Trini touch to BHW.  What was really cool was how so many of their brothers came to support.  It’s just not often that it’s even possible during a Carnival weekend in so many locations around the world but one of those beautiful nuances of Bermuda Heroes Weekend is it’s a bit of a fraternal vacation for DJ’s & Artists since there’s a good amount of fetes/events but it’s not 24/7 so when they aren’t part of the line-up they can actually lime and support each other on the side of the stage.  The number of impromptu performances with a quick hit – whether Teddyson John, Ricardo Drue, Voice, or Lyrikal hopped up at fete was just beautiful to see the bond & sense of community among Artists & DJ’s. 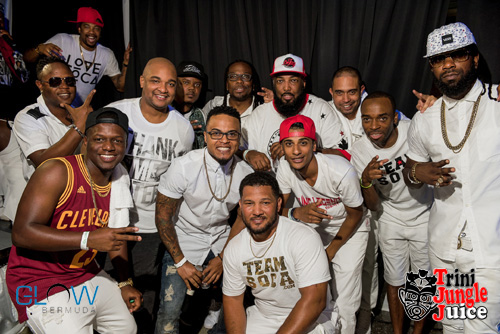 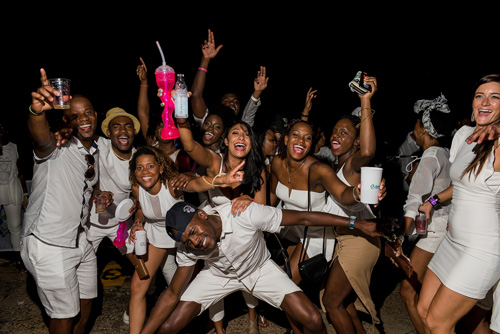 After Glow there was another fete still going on but due to some confusion on timing we didn't make it so what do you .......time for a late night snack.

It was hilarious ......how often are you gonna hear that the late night lime is at the Gas Station? Hypeman & I aren’t exactly known as the “quiet crew” but as the whole TJJ crew & Patrick entered the gas station making all types of noise – we see Barrie Hype, Ryan Sayeed, Crown Prince, D’General, and a gang of other people sitting around eating & cracking jokes – you just never know who you’re gonna run into at a gas station in Bermuda late night lol.

At this point it was now time for a bit of sleep & prayers that the clouds would clear because if there’s one thing we were all waiting on, like kids on Christmas Eve (or Soca Junkies waiting on de stage), was RAFT-UP – an experience like no other.

This article is part 4 of a 5 part series. Other articles in this series are shown below: