Based on my experience from Heroes/Frenchmen Weekend last year, this 'Pump' was eagerly anticipated.  In fact, this year it was not just the TJJ crew rolling but I also rallied the Pumpers Inc. crew, to roll to Ochi for the weekend :-) The action started from the airport bar, this is just proper weekend liming etiquette.  Mere minutes from the airport, is another compulsory stop, Scotchies Montego Bay!  You think you know about authentic jerk? 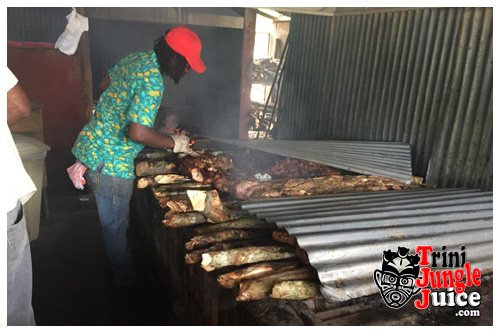 By 7PM we had already settled in, blessed the beach and put a dent in the duty free delectables.  We tried our best to find a Friday night pump but much to our surprise, Ochi was a literal ghost town.  No worries, we created our own pump back at the villa.  So if you looking for a Friday night pump next year... :-) 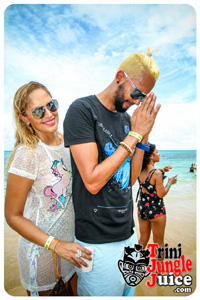 On limited shut eye, it was time for the first official weekend event 'TOASTED'.  The Frenchmen crew linked up with the Scorch crew from TnT for this new addition to the weekend line up.  All three Frenchmen events were held at Pearly Beach.  It was pretty cool the way they have the venue set up for three events, without revealing the configuration for the next event in line.  Toasted, early Saturday morning, was the first up and had just the right amount of decor fanfare, for a beach cooler fete.

Since this was a first time event, we went with reasonable expectations :-), not expecting them to hit the nail on the head, their first time out.  They were pretty close.  We pulled into this one at a perfect time, as we heard it may have started off a little later than originally advertised.  Only rookie pumpers would show up too early to a breakfast fete anyway :-).  Nothing can beat an early morning cooler fete on the beach.  Not even a torrential downpour in the early part of the fete, could kill the vibes.  I was shocked and appalled (not really lol) to see people (male and female), in swim wear, on the beach, running for cover form the rain.  Most eventually realized the irony and made their way into the middle of the fete, rain be damned.  Some real limers even made their way into the water, which from experience, was probably warmer than the rain!  Tunes and vibes were on from beginning to end.  The right mix of local deejays Taj, Chromatic, Cruise, Smoke and Dei Musicale from TnT keep the party building.  This was a breakfast inclusive event and about 3 hours in and a damaged cooler, it was time to refuel.  It was a perfect breakfast for the occasion. A traditional Jamaican breakfast of  salt fish and callaloo, with provision and fried dumpling, allowed us to go into fifth gear and see the fete out to the sweet end.  There were also two other food tents with traditional American breakfast items and coffee.  This one started off with some serious rain and ended in glorious hot sun.  I was glad we hit this one bright and early, as the one consistent theme throughout, was vibes and more vibes.  Put this one down as having exceeded expectations and one to look forward to, next year. 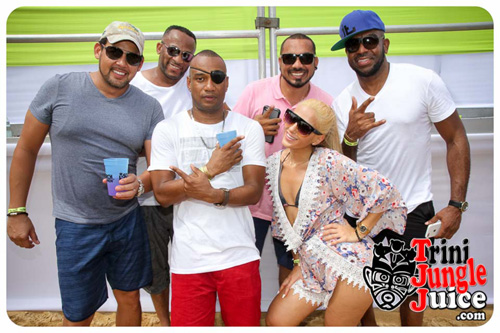 Next up on the weekend itinerary was 'NITE CAP' on Saturday night.  With pumping the main focus of the weekend, the goal was to arrive early for fete number two as well.  Parking was well organized and we were in the fete in no time.  Whereas Toasted was hosted on the very first part of the beach, Nite Cap was about 300 meters in, so a short walk around what would be the setup for Foreplay, Sunday night's fete, and we were in the thick of the action for Nite Cap.  The ambiance created by the moonlight and the wooden walkway to the fete, on the water's edge, bordered with Tiki torches, set the mood for this one.  The Frenchmen ambiance is in itself entertaining and worth every penny. 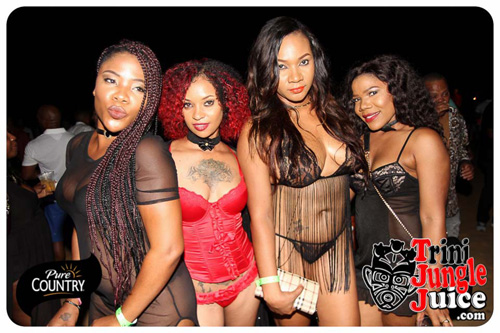 For this drinks inclusive, the bars once again definitely were well staffed and well stocked.  I did not wait more than a minute for a refill all night, and they did not once run out of coconut water, which has always been a deal breaker for me :-).  What I would say about this one compared to last year, is that the music was very different.  This one featured only local DJ's and while it was fantastic to hear some serious classics like Lou Rawls You'll never find and Soul II Soul Keep on Moving, what I fell in love with about this fete last year, was that we heard all these classics and yet still got taken on a complete musical journey.  The gears never quite shifted fast enough for most people I spoke to, in this one.  We had a blast none the less and I'm thinking it was just a case of tinkering with perfection.  The corn soup at the end hit the bulls eye too!  I'm sure Frenchmen will re-tinker this one musically, for next year :-).  Everything else was on point! 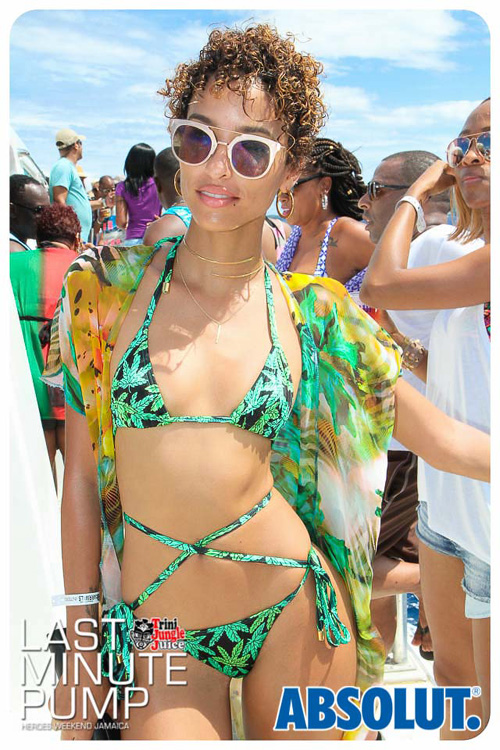 Trini Jungle Juice very own 'LAST MINUTE PUMP' was next on the line up, Sunday morning.  I haven't discussed this with Dre at all, so he will probably be surprised reading this, or not :-) BUT this one took the most vibes for the weekend award!  Talk bout good times.  Drinks were flowing, nothing but blue skies and blue water and of course, Dei Musicale and Richie R.A.S had fantastic sets. Even TJJ's long time fren Hypa Hoppa was inspired to jump on the turns at some point :-).  The Canadian crew especially, had zero behavior!  Cannot think of a better way to spend the early part of Sunday, before the grand finale.  Pictures speak a thousand words, so I'll let the pictures tell the tale of LMP 2016. Vibes! 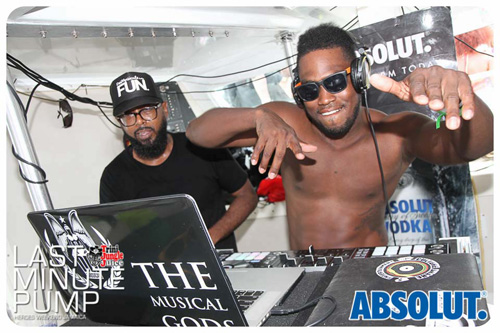 By Sunday night, who ain't dead badly wounded. 'FOREPLAY', billed as the main event for the weekend, was at hand.  This one saw us arrive a little later than we had planned :-).  By the time we arrived, the main parking area was full and we had to park in the remote lot and take the shuttle.  Usually the whole shuttle thing is a hot mess, especially after the fete but Frenchmen have it down to a seamless art.  As we've come to expect from a Frenchmen event, the décor and ambiance were impeccable.  This one was held on the middle of the beach, between the Nite Cap location and the Toasted location.  Foreplay drew the biggest crowds for the weekend for sure. 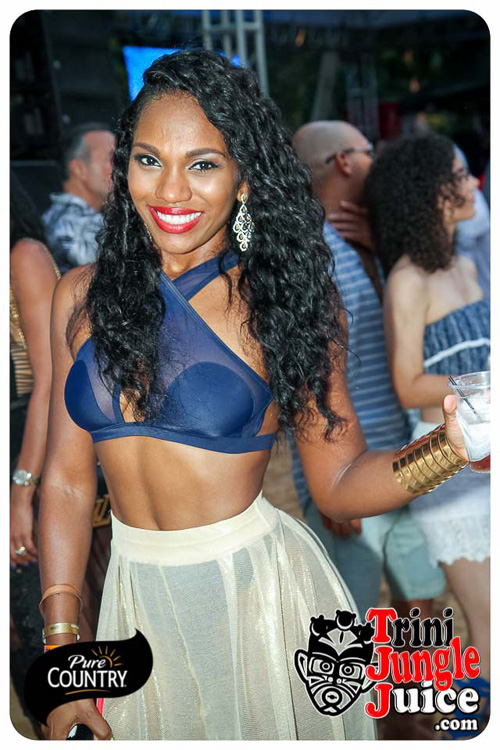 The entire Renaissance Disco team primarily ruled the night for this one.  Foreplay was very heavily slanted towards hip hop and trap music, another sharp departure from last year's event.  An all inclusive event, the cuisine and the bars did not disappoint.  The wait at the bars for this one was a little longer but this is to be expected at such a massive event.  The night featured the signature fireworks display at the peak of the fete.  Fireworks in an all inclusive fete on the beach, in Jamaica.  Need I say more? 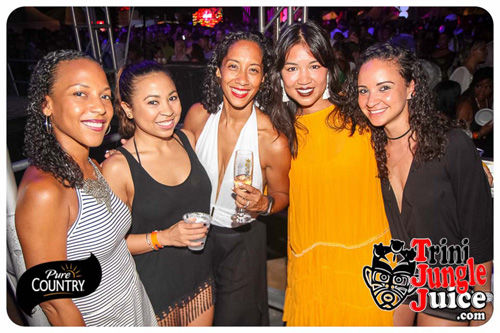 Frenchmen weekend 2016 left no doubt that we will be doing it all over again next year!  Thanks for having us!

Wade A. - The Party Appraiser aka Sigma Juice

Hero's weekend is officially on the Pumpers Inc. © calendar :-)