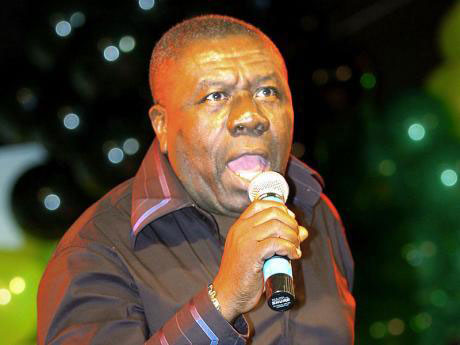 Starring Oliver Samuels, Ruth Ho-Shing and Dennis Titus the play opened to a sold-out audience on Saturday, October 29th at the Shiloh high school theatre in Snellville, Georgia. The second staging which took place on Sunday night at the same venue was also well attended.

“We’re pleased with the turn out that we received for both stagings of Guilt Trip. It was a very good production and the patrons enjoyed it. I spoke to Oliver Samuels after the second staging of the play and he told me that he was happy that the play was so warmly received in Georgia”, said Sparkle Production team member Jeffrey Hartley.

As a result of the success of Guilt Trip in Georgia Mikey Sparkle Production have contracted Oliver Samuels to host this year's staging of the annual Mikey Sparkle Christmas party.

The event which is slated to take place on the 17th of December at the Cultural Center in Stone Mountain, Georgia will feature popular oldies DJs such as Monte Merritone from the Merritone Family, DJ Mr Carlton and DJ Cold Rice.

“Our events attract a very diverse audience, and they have come to expect a high standard of entertainment from us, and we will be serving up another fantastic production on the 17th of October", said Mikey Sparkle.