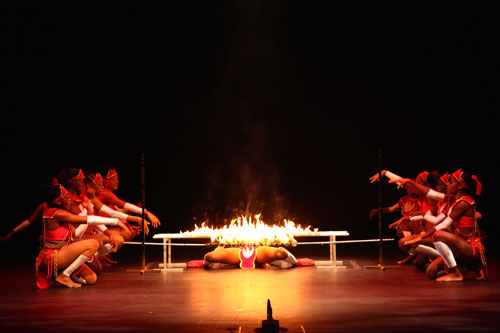 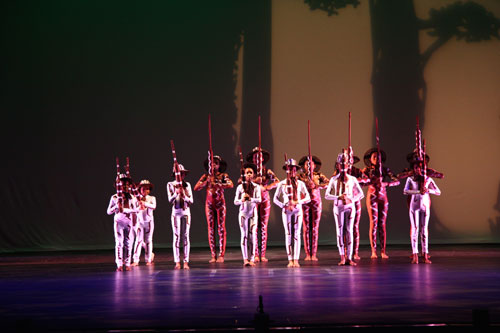 Photo: Gregor Breedy presents a contemporised folk tale about the game of mischief between Douens, the La Diablesse and man in Macabre Ritual in Morne Diablo from LDC’s 2014 production, Crocodile Tears.

Henderson-Gordon is committed to inspiring young dancers to pursue their passion. As one of Trinidad and Tobago’s most accomplished dancers and choreographers, she has dedicated her life to shaping the lives of youth so that dance may be a viable option as a profession.  “At LDC, we work tirelessly to instill the ethos of discipline, dedication and perseverance in our students.  We take performance seriously.  Preparing the children for the stage allows them to apply these principles in practice ultimately nurturing stars who are self-confident, skilled and experienced,” shared the award-winning graduate of the Martha Graham School of Contemporary Dance, the Alvin Ailey American Dance Centre and the Juilliard School. 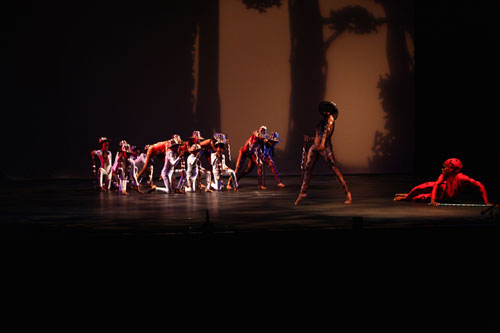 Photo: Man is enticed by the folk magic of the Douens and La Diablesse in Gregor Breedy’s 2014 choreography, Macabre Ritual in Morne Diablo. Image from LDC’s 2014 production, Crocodile Tears.

In addition to grooming Trinidad and Tobago’s next generation of dance stars, the renowned choreographer is also committed to supporting a diverse cast of decorated choreographers.  Frank, an LDC alumni and graduate of The Ailey School and Fordham University’s innovative dance programme, offers engaging modern contemporary choreography in the pieces, Control, Summer Sun, Something New and Uncontrolled Intensity. Best Village’s multiple-award winning folk choreographer and Cultural Studies PHD candidate, Breedy, lends his signature folk dynamism to the production with the stirring work, Processional Rotation.  One of Breedy’s protégés, Gabriel, who toured internationally with the UniverSoul Circus, will demonstrate the skill and excitement of the indigenous limbo genre in her work, Akua. These veterans will be supported by emerging choreographers including recent University of Trinidad and Tobago (UTT) graduate, Mortley, and Hip Hop sensation, McClean, who is best known for his work with national teams for the World Hip Hop Championships as well as with various soca artists.

Aside from Henderson-Gordon’s work to encourage choreographic development in the nation, she has created a performance and rehearsal space, LDC – The Place, for members of Trinidad and Tobago's performing arts community.  This studio provides an affordable and easily accessible space that is actively utilised by arts practitioners including the COCO Dance Festival, students of the UTT Dance Programme as well as other local dance and theatrical companies and schools.

Part of the proceeds from Stars will be donated to the La Danse Caraibe Building Fundto facilitate renovations, upgrades and on-going maintenance to the existing dance studio.  Tickets cost $100 for children and $150 for adults and are available at the Queen’s Hall box office and Crosby's Music Centre. For more information, connect with LDC on FB at www.facebook.com/LaDanseCaraibe or on Twitter @LaDanseCaraibe or call (868) 620-9677.