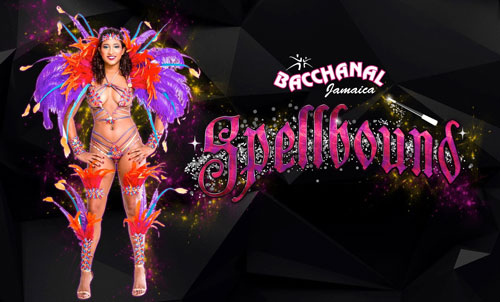 Bacchanal Jamaica ushered in the Jamaican carnival season with excitement and pizzaz. The unveiling of costumes on the first Saturday in the New Year has become a much-anticipated event pulling in thousands of revellers into the Mas Camp anxious to be among the first to select their preferred costumes for the biggest party in the island – the road march. The 2017 party lived up to expectations as the near capacity crowd demonstrated their soca fever and readiness to get on the road to carnival.

The main event of the evening was the reveal of the 16 exquisite costumes presented by the Bacchanal Jamaica Team under the theme Spellbound. Each meticulously crafted costume was a tribute to the creativity and skill of its designer featuring dazzling sequins, glamorous feathers and rich, vibrant colours, all combining to transform the stage into the fantasyland that is carnival. Traditional costume sponsors Ammar’s, Fame, Jamaica Observer, Pure Country and Smirnoff were back on board.

Nicholas Franklin Bacchanal Director was very pleased with the response of the fans to the costumes, “the excitement is always high as the costumes are unveiled and this year was no different. Our revellers were happy with the selection and immediately after the presentation the sales office was bombarded with interested fans. We expect the costumes to go quickly and encourage all interested in being on the road to place their orders as soon as possible to ensure they get their first choice.” 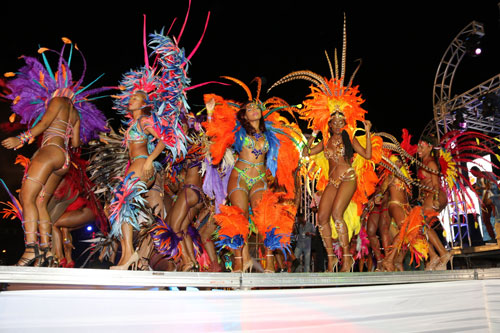 Patrice Roberts of Trinidad and Tobago was the talent on show and her lively set showed that she was indeed the right choice to get the soca juices flowing.  And, Patrice enjoyed delivering the goods as much as her audience did in receiving the popular tunes she belted out. “It was amazing for me. This is my first time at the Band launch but I have performed for Bacchanal Jamaica before.  The Jamaican audience receive soca well so it is always like a home away from home.” As she returns home to immerse herself in carnival she is hoping that her latest song “Big Girl Now” will “blow up” and become a contender in Trinidad for 2017.

Popular soca DJs Richie Ras and Franco kept the vibes high and the soca fans jumping throughout the fete. Directors Michael Ammar and Michael xx were totally satisfied with the start of the season. “The numbers exceeded our expectations. This tells us that the love for carnival as an entertainment choice is growing and the desire for the Bacchanal experience uppermost.

This year we are raising the bar with even more fantastic costumes, an easier costume signup experience, a whole new plush costume delivery process, a new start point and route for the Road March and a fantastic after-party,” said Michael McMorris.“Sponsors are the lifeblood of any successful event”, said Michael Ammar, “and we are fortunate to enjoy the consistent support of our sponsors Smirnoff, Pure Country, Jamaica Tourist Board, FAME FM, Red Bull, TVJ, Pepsi, Carreras, Jamaica Observer, RETV, King Alarm and Knutsford Court Hotel” he added.

The first Bacchanal Fridays fete will be on March 3, 2017. For more information on Bacchanal 2017 visit www.bacchanaljamaica.com.