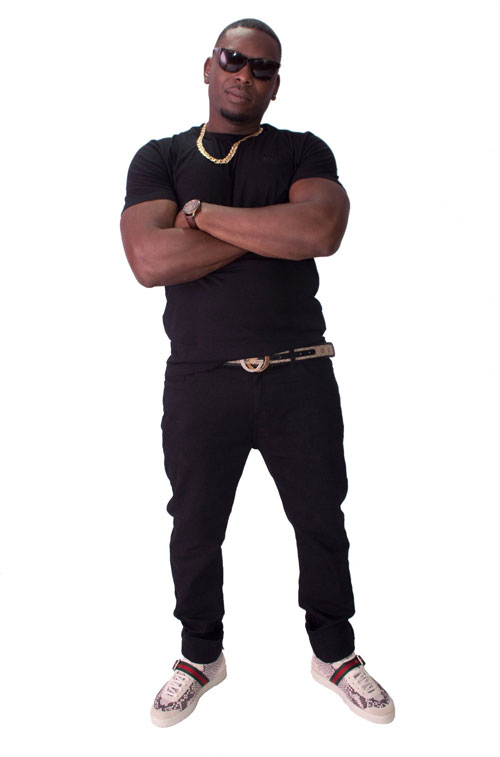 Port-of-Spain, Trinidad, Feb 1, 2017 - The severity of the crime situation in Trinidad and Tobago has given rise to a keen sense of social responsibility among many entertainers. Based in England but a native of Trinidad and Tobago, Golden Child-a former resident of Enterprise, Chaguanas, says his new single, “Trinbagonian” speaks of the need to show the youth that there are alternative options to crime.

The Enterprise community has been a hot spot for criminal activity for some time. The artiste says he is saddened by what he has seen and heard of his old hometown. An army vet, Golden Child whose real name is Aaron Allen, says he feels the youth must be given more to hold on to, in essence- hope that all is not lost. “It’s sad to see that the elders in the community can’t control the youth. These are people that I grew up with, and to see the things that are happening… it’s really sad and hurtful,” he said. Allen however believes that crime is everywhere and while it must be denounced, there is room for change. “Trinidad is not the only place with crime. I’ve been to Iraq. I’ve been to Turkey and what I will say is, Trinidad is still sweet,” he said, pointing to a particular verse in his new single, which was collaboratively done with fellow Enterprise native, Izac King. “There’s a verse that says, ‘show me a place without crime’,” he said, noting that the song calls on people to cease and desist from promoting negativity.

Golden Child says the elders in every community must understand their role. “The elders must set an example. I try my best to talk to the youths when I come home, share my story with them and show them that there’s more to life than the gun and crime,” he asserted. The new track is a Groovy one, and was written by Golden Child and produced by upcoming producer, Yung Seeche. The song is collaboratively done by Golden Child and young entertainer, Izac King- a name that is certainly known in Trinidad and Tobago. A video for the track has already been released.

Golden Child whose name is well known and received on the UK Soca scene will spend Carnival in T&T, absorbing the culture and enjoying the festivities. He will continue to represent for his homeland through the music he creates and hopes to reassure more young people that there is a positive place for them in any society, once the right choices are made.