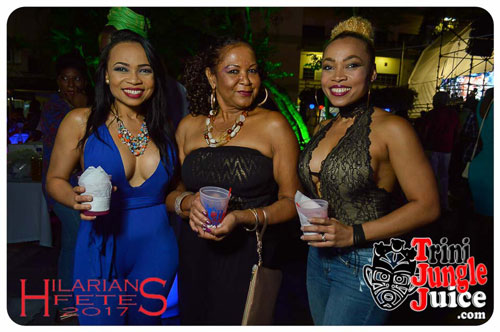 Bishops Fete 2017 was an all-inclusive event aimed at raising funds for the Bishop Anstey High School to help with maintenance and management in 2017.

CROWD - 8
The Prime Minister, Dr. Keith Rowley, was in attendance with his wife Sharon, along with a healthy sized crowd - made up of past Bishops' students and their friends and family. Non-Bishops affiliated persons were also in attendance to lend their support. The crowd was less dense than previous years, yet the vibe and atmosphere were still positive and persons in attendance fully enjoyed themselves.

VENUE & ACCESSIBILITY - 8
The Fete occurred on the Bishop's compound, which was easily accessible to persons attending. The compound was large enough to facilitate the crowd, stage, and service providers comfortably and, as the compound is un-sheltered, allowed for ventilation so that temperatures were not uncomfortable. The venue was cleaned periodically throughout to maintain cleanliness and the layout was easy to follow and simple.

VIBE - 8
The majority of the persons in attendance were dancing or enjoying the food provided. The crowd was excited by the performances and the all star cast of performers which included Kes the Band, Terri Lyons, Iwer George, Ultimate Rejects and Roy Cape All-Stars (who showcased a few other guest artistes). The excitement among lulled in between performances, but returned once a performer was on stage and stayed level until the performance was over. 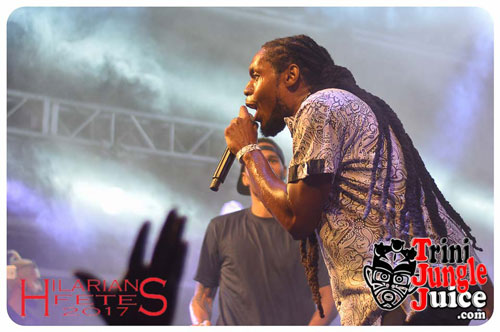 FOOD & DRINK - 8
The food fell slightly short compared to previous years and was not available in the amounts or varieties as in years of the past. The bar, however, was fully stocked and there didn't seem to be a shortage of variety or quantity of liquor.

SERVICE - 9
The level of service provided was excellent. The bartenders and staff were attentive and respectful, and as mentioned previously, the venue was cleaned periodically throughout the night.

COST
Bishops Fete 2017 was $800TTD. Based on the overall tone and flow of the night, persons who purchased tickets seemed satisfied with the atmosphere that was provided.