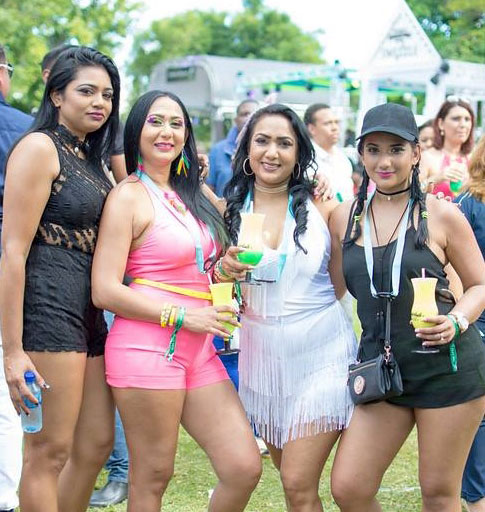 The event company responsible for popular party brands such as A.M. Bush, Mai Tai and Bacchanal Road breathed new life into this beloved all-inclusive affair that has become a staple of the fete season and a mainstay in the T&T event calendar. 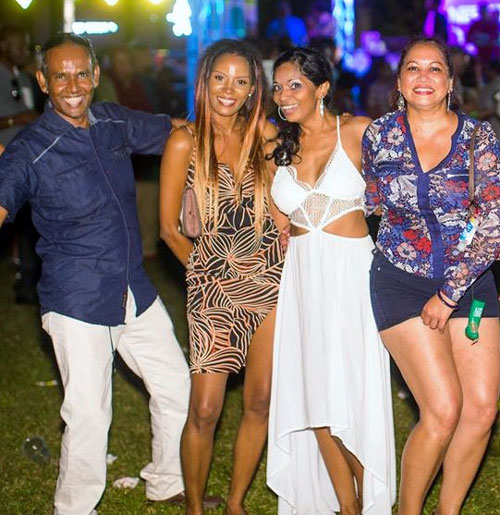 Photo: Frolicking in the festivity of UWI 2017

The new-look UWI fete not only boasted a new location and set up on the University of the West Indies, St. Augustine campus but with its 2017 theme “WANDERLUST ~ Taste The World” offered attendees a large collection of meals and desserts from 6 major international travel destinations i.e. Africa, China, France, India, Italy & Mexico along with delicacies which represented Trinidad and Tobago’s unique culinary culture.

This was complemented by a fully stocked premium bar and specialty beverage booths which the event organizers strategically placed about the venue for easy patron access and a simple flow of traffic to and from the dining and main stage areas. 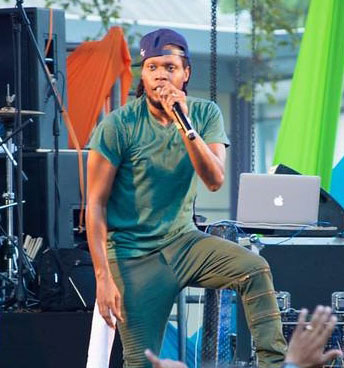 Photo: A fired up MX Prime added excitement to the rebooted UWI Fete

Caesar’s Army head Jules Sobion and his team of able-bodied event professionals did a fantastic job in transforming the new location into a comfortable, luxurious, premium party atmosphere.
Fete enthusiasts, media personnel and specially invited guests were able to enjoy all aspects of this all-inclusive in total unrestricted abundance.

With regards to music and live entertainment, UWI Fete brought together a virtual dream team of performers and Soca specialists with an all-star cast of top DJs which was anchored by DJ Private Ryan, Nuphoric, Alicia D Duchess and Dei Musicale. 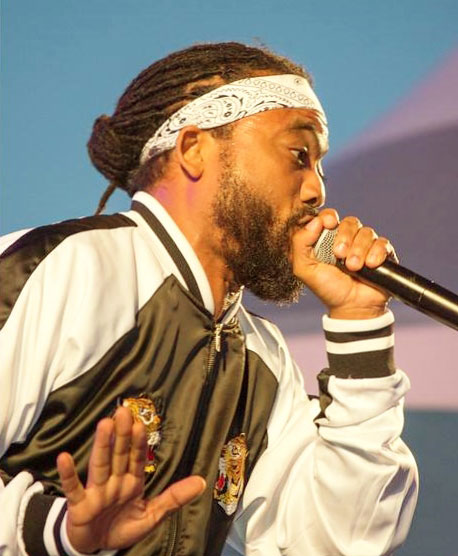 Most notably, Caesar’s Army delivered the first full band performance by Soca King Machel Montano for the 2017 Carnival season to a very appreciative and excited audience.

Machel kept the vibes at peak levels throughout his set and had all patrons singing along to his wide repertoire of Soca hits in addition to his latest 2017 smashes ‘Fast Wine’, ‘Lip Service’ and ‘Your Time Now’.

Since 1990 this annual all-inclusive has been the flagship fundraising initiative for the UWI Development & Endowment Fund (that awards scholarships and bursaries to undergraduates).

Photo: The mass of Soca lovers in attendance at this year's edition

With premium food and beverage options and an onslaught of entertainment to satisfy many musical cravings, the rebooted UWI All Inclusive attracted a massive crowd which consisted of local politicians, media personalities and the nation’s feting elite who all appeared to leave the venue content and in eager anticipation of the 2018 edition of the renowned fete.