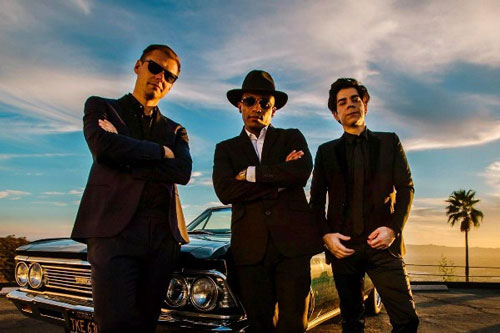 California-based Jamaican singer Olaf Blackwood has made a breakthrough on the international music scene.

I Need You has streamed over 8 million times on Spotify, which makes it one of the hottest EDM tracks to be released since the start of the year.

“I’m very grateful that I was invited by Armin and Fernando to be a part of this wonderful collaboration. I’m delighted with the success of I Need You, no doubt this song will help to boost my career internationally,” said Blackwood.

The video for I Need You is also doing well so far it has received over one million hits on Music Armada’s YouTube channel alone.

“The video is doing great; it's getting a lot of hits. It’s a very good video, and the fans love it,” he said. Blackwood is looking forward to an upcoming to of Europe later this year. “I’m going to Europe later this year; I’m booked to perform in several countries including Amsterdam where I will perform on a number events alongside Amin in May.”

Olaf Blackwood was born and raised in Lacovia, St. Elizabeth. As a child, his two passions were Football and singing. Blessed with a beautiful voice and a talent for writing, he ventured to Kingston after leaving high school to seek his fortunes in the music business.

Failing to achieve the success he desired Blackwood migrated to the US over a decade ago. Since then he has written and produced songs for several high-profile entertainers.