Fete With The Saints 2017 Review

First in last out!  This was the mantra for this year's edition of FWTS.  We're in sweet TnT for the annual carnival warm up weekend and the goal is to maximize every moment.  When the bell rang, we were there to answer the call.  At 6PM we were literally chipping into the fete to 'D Journey' (Ring D Bell).  Chipped straight to the roti lady, who was not ready for us yet, we early fuh so :-).  From Pineapple chow, to Ribs, to lamb, and everything in-between, ready to go, the 'roti situation' did not pose any issue at all :-).  By the time we made the rounds it was curry heaven.  As we made our way through the food area, "right up" was a common phase we heard, as fete-goers chatted. 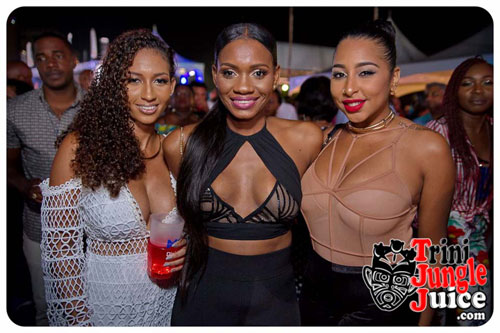 Drinks in hand, we hit the main feting area just in time for Private Ryan's first set, around 7PM.  'Leave Me Alone', 'D Journey' and Rupee's 'Tipsy' started the set but it was the next track, 'Rock and Come In', that was the real call to action, to get the socializing crowd to make their way forward towards the stage.  Private Ryan and his side kick, maybe needed a bit more time to get the crowd in the right gear for Kes The Band, who took the stage at around 7:40, but Kes took care of that really quickly!  He launched into his set with his big tune, 'Incredible'.  However, the highlight of the set was when he brought out Nailah Blackman, granddaughter of the late great Ras Shorty I, to do their collaboration 'Workout'.  This for me, is one of the main reasons you can't beat actually being on the ground, in the fetes, to really feel what the people are feeling.  In fact, as far as crowd reaction in all the events we hit for the weekend, Workout was right up there! She sounds exactly like the studio recording, so much so, until she did some of it acappella during her performance, I thought it was a recording. She is the truth! (See TJJ's FB Live stream at www.facebook.com/trinijunglejuice/videos/10155158420204560/) 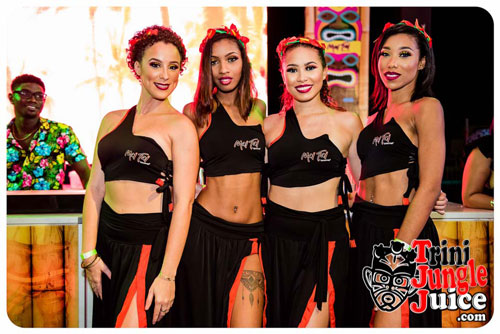 Private Ryan once again took over after a great set by Kes The Band, followed by a killer performance by MX Prime and the Ultimate Rejects crew.  They absolutely flattened the fete and had the crowd signing every word of 'Full Extreme' their monster hit that has taken on a life of its own.  Nuphoric, then took over the controls shortly after 10PM and as always, hit it out of the park.  It was the first time for the night that we would hear Voice's 'Far From Finished' and boy was the crowd ready for it!

The crowd rode the Nuphoric energy right into the headline act of FWTS, Machel Montano HD (see TJJ's FB Live stream at www.facebook.com/trinijunglejuice/videos/10155158740609560/)!  What can we say about MM that hasn't already been said?  He always somehow finds an extra gear, no matter how energetic the crowd might already be, and he did not disappoint.  The big question for me was, what about Road March?  I think we got our first small glimpse into what must be somewhat of a decision point in the MM camp, when he said during his performance: "Allyuh waiting fuh road march, when allyuh want it this week, or next week?" Time will tell, but I think it would be extremely late, even by his standards, to drop one now.  Might he be leaving this one to the Ultimate Rejects?  Some other dark horse?  We shall see :-) 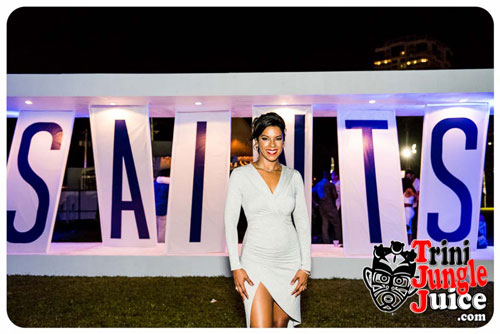 As far as feedback, the ladies at the end with the tablets, doing the surveys, was a great idea.  Maybe do away with the special access platform, keeping those accessible to everyone has always struck me as a nice touch.  There was a dedicated, and very well-apportioned tent that you could go to have a seat and eat but a few high top cocktail tables around the immediate area of the food, would also have been ideal.

Saints!  You've done it again. Far and away the best all inclusive, or event in general, that we hit for the warm up weekend, top notch presentation, service and ambiance.  We were fist in and last out, mission accomplished :-)

We'll see you again next year!

Wade aka The Party Appraiser aka Sigma Juice.