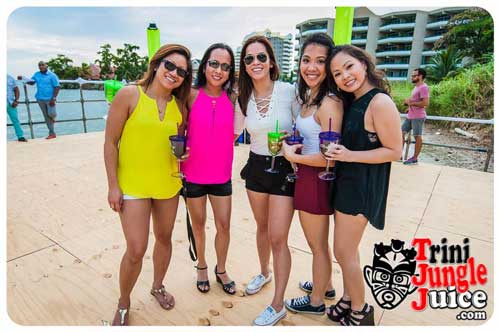 Is it possible that every bayview cooler fete would raise our pores EVERY YEAR?? Hell Yes, for sure. How do we know? Well, bayview cooler fete is filled with patrons animated in love and lunacy for soca music, and any patron is guaranteed a fantastic fun night out. This venue is still a bit of viable choice and has many perks (however, the maracas beach look out will never be beaten). One downside to this Cocorite venue, some patrons found it may be a bit too dark when the sun goes down; but then again by the time sun goes down everyone should be "Tipsy".

So ... some people are still asking me what is the 411 with this Cooler Fete ... well as I said in 2014 (2017 modified) :- "The 411 with this fete, inevitably, is an excellent deal! It's not your fault if you were not there (actually it is). We do not believe in coincidences but from TJJ's perspective - five (5) years in a row, same fete, same experience, same perfection, same excellence ... what more can we ask for as party gurus!?  The ins and outs of the crowd at this cooler fete was simple - mature, chic, attractive and sociable! The solution to a successful event starts from the actual crowd. The crowd makes the other elements stir, cook, marinate and bubble like a hot corn soup. 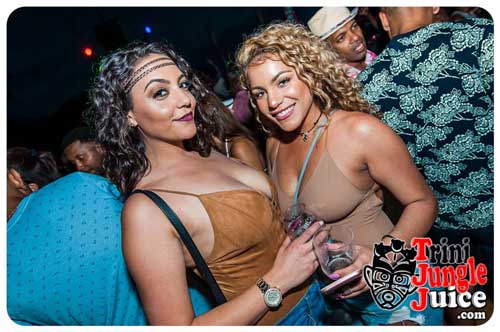 Sometimes things can't be described unless you were there to experience it ..

If any shadow hangs over this enterprise, IT DOES NOT EXIST. The team that brings you this timeless event never ceases to amaze and deliver! We love all of them and it would definitely appear they are "far from finished". We do not want them to be and I do not think their devote patrons want them to stop either. But why would they? Tickets are like a unicorn grazing in a blue grass patch in the middle of the Atlantic ocean; the vibe is so intimate I am sure people leave there with meeting new people and old friends reunite without fail; and well there is absolutely zero negative vibes and energy present .... Positivity! Live In Love! Love Is Lovely! 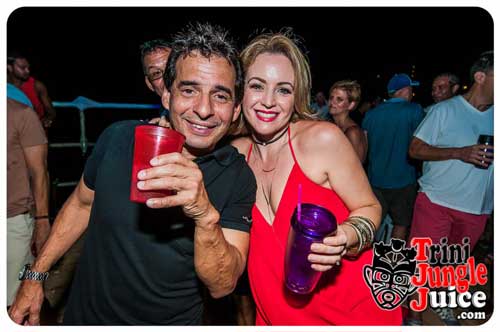 It's easy to get distracted by all other cooler fetes but let me give you my advice (TJJ endorsed): Don't Miss It In 2018. Find That Unicorn! Find the Blue Patch of Grass! Reach to the Atlantic Ocean. Get That Ticket! or ... look for Willy Wonka and his chocolate bars. If you want to go crazy, act nuts and shake your sillies out then this is the fete to be present!

Verdict:
Still very much a seductive, resolute and gripping cooler fete that favours positive, realistic and mature characters! Profound & Intelligent behaviour most present and all set over a dynamic venue! ALWAYS WILL BE be a staple on TJJ's Trinidad Carnival Diary!