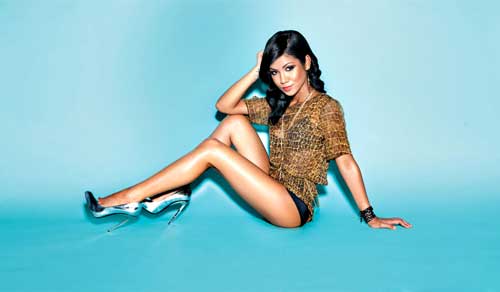 Jhené Aiko is coming to Trinidad and Tobago. The American R&B star will perform at the inaugural Borders Festival, which takes place between May 26 and 28 at the Hasely Crawford Stadium in Port of Spain.

With her music focusing on relationship issues, Aiko is particularly popular among women. The 28-year-old singer/songwriter will be the feature act on the main stage on Saturday May 27, day two of the highly anticipated Borders Festival.

In 2011, Aiko released her debut mixtape, “Sailing Soul(s)”, which featured a collaboration with Drake. Aiko’s debut studio album, “Souled Out” was released in 2014. The album was a huge success, debuting at number one on the “Top R&B/Hip-Hop Albums” chart and number three on the “Billboard 200”.

Borders Festival will also feature bungee jumping for the very first time in Trinidad and Tobago.

The three-day international festival is the first of its kind in Trinidad, with the focus on music, food and art. Local, regional and international artistes will perform on four stages.

Borders Festival kicks off on May 26 with “Legends Friday”, a full-length tribute concert featuring the likes of David Rudder and Shadow.

General admission on May 26 and 27 is $250. The third and final day of the Festival, May 28 has been dubbed “Super Sunday”, with the main artistes to be announced later this month.