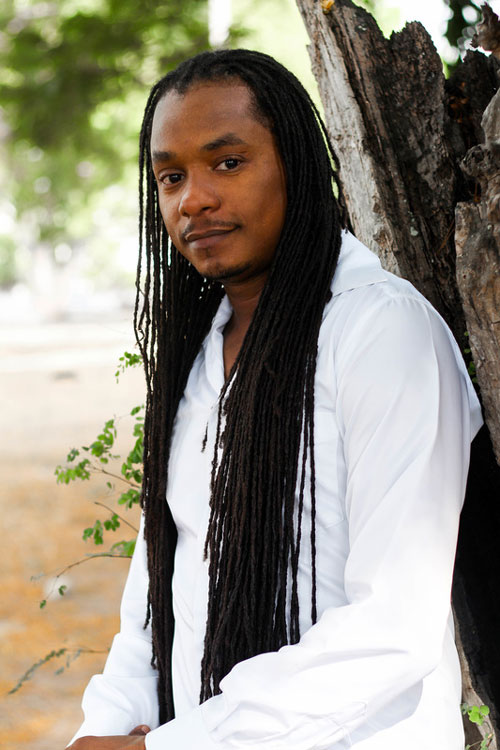 Photo: The often comical, Myron B will be featured on the first night of the event on Wednesday, April 19th.

Port-of-Spain, Trinidad. April 9, 2016 - Behind every dark cloud there is a silver lining and with that understanding, Irvin Blackman, the man best known in the world of entertainment as Blackie, has revealed plans to fill the void recently left behind when ‘De Du Pub” formerly, “The Mas Camp” in Woodbrook, was burnt down.

Blackie will launch a weekly event- “Kaiso and Comedy Wednesdays” at Q Place, beginning on Wednesday, April 19th, with an aim to maintain and build the audience of Kaiso music lovers who’ve loyally supported the art form. Under the Soca Parliament banner, a coordinated effort of like minded people who are all apart of Blackman’s social circle, the weekly staging of the comedy and Kaiso showcase will kick off at 8:30pm and end at 12 midnight. “Security is something we are aware, people are most concerned about, so those coming out can rest assured that there is adequate parking on the compound of the club and we’re maintaining a time that’s considered safe, for most,” he explained.

Blackie says he’s had the idea for quite a while, having approached the club’s owner, Anthony John, since last August with a request for use of the facility. He says he understands the need for this entertainment outlet, especially for the mature Kaiso music lovers. “There really isn’t much available for people who enjoy Kaiso music- and there definitely is a market. Mas Camp was that home for Kaiso, in the minds of many, so while I am personally saddened by the tragic situation that took place last month, this effort to bring ‘Kaiso and Comedy Wednesdays’ to life next week, is likely to encourage people to come out and enjoy the local music and entertainment again,” said Blackie.

The entertainers will all be backed by Vincent Rivers and the Soca Unit and patrons will be treated to a slate of comical local Calypsonians who Blackie feels have been denied a space to show off their talent, for a very long time. “There are some really good humorous Calypsonians out there. Fellas like Alpha and Kid Calaloo and so many others- they will be showcased at Q Place every Wednesday starting on April 19th.” 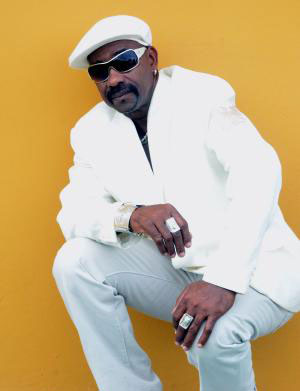 Photo: Speaking on behalf of the Soca Parliament group, entertainer, Blackie says the weekly event will fill a void that is clearly present these days.

This isn’t Blackie’s first promotional effort. He’s been a part of event promotions in the past, key among them, the staging of an event called, “Caribbean Soca Fest,” which was held at the National Stadium in 2007. He understands the needs of the people and says he will work hard to ensure that patrons get exactly what they want when they come out to a show such as this one. “When I did Caribbean Soca Fest, I went through every artiste’s repertoire and I told them exactly what I wanted them to perform. I’ll be doing the same thing this time around, so that the people get the hits the love- the hit songs they want to hear,” he explained.

Excited about the prospects that lie ahead for an event of this calibre, Blackman and his team anticipate the inclusion of acts from across the Caribbean, in the lineup. Q Place, which is located just above the Seamen and Waterfront Workers Union along Wrightson Road, downtown Port–of- Spain, is an ideal spot for the weekly event. “It’s a central location for people from any direction,” said Blackman, reiterating that all systems are in place to ensure that patrons are safe throughout the night.

“At Q Place, upstairs the Seamen and Waterfront Trade Union.

Parking at the venue and he will entertain folks with Kaiso and Comedy Wednesday  but with a twist. The event is being promoted by “Soca Parliament” Vincent Rivers and The Soca Unit. They start at 8:30 and entry is $!00.

“ I always had the vision. I approacvhed Mr. Q since last August and I felt that I could add something unique.

Starts April 19th at 8:30pm and it ends before 1am.
There’ll be a number of guest artists  presenting comincal kaiso- Alpha, Kid Calalloo – very good humorous Kaiso. The cast for night one will be a mixture and he plans on bringing out high calibre acts toward the end of the show- and he

The show starts promptly and will last approximately 3 and a half hours. The venue is central to East and West Trinidad. “What I have planned as well is to bring some artistes from across the Caribbean. I think ythere are lot of people in Trinidad, who aren’t given the opportunity to perform their humourous songs- they have no platform.

He plans on following the previous format of going through the artistes repertoire and requiring that they sing their hits only.
Blackie has an understanding of all that is required to put on a promotion.
He thanks Anthony John (Mr. Q) for giving him the opportunity to deliver to the people.