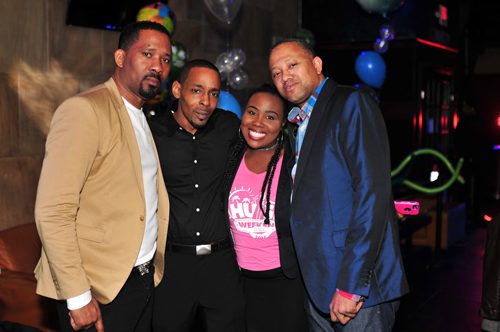 The riveting event lineup includes the Hush Weekend International Launch Party SHHH!!(May 26), Bikini Tops and Flip Flops Pool Party (May 27), Absent Minded All-White Party (May 27), Foam and Glow Party (May 28) and Beer and Buns Block Party (May 29). Adding to the electrifying essence of Hush Weekend are the stellar entities that have been tapped to serve as hosts. Burgeoning Soca act Linky First is serving as the event's official artist host. His monster hit "Rock and Come In," a pulsating, upbeat Soca tune with good vibes, has been dominating charts, clubs, carnivals and radio throughout the world. Frankly, the JA-bred artist's smash hit "Rock and Come In" is Hush Weekend's theme song, perfectly capturing the event's essence.

Meanwhile, the stunningly gorgeous Chardelle Moore is on board to be Hush Weekend's media host. With her well-respected position on Fox 45 News (Baltimore) and co-host of "Baltimore Lifestyle," the esteemed media personality has become a national darling. Additionally, Chardelle Moore proudly represents her Caribbean heritage (Dominica), while excelling in public speaking and hosting engagements. 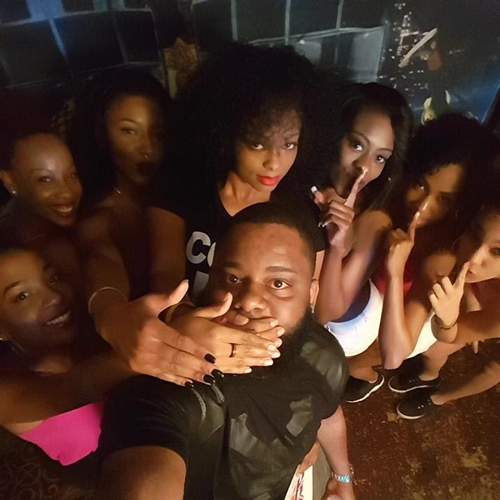 Photo: Hush!!!!! Then, Rock and Come In for a fun-filled Weekend

It's no secret that the D.C. area is booming, becoming one of the most sought after travel destinations and places to live, attracting scores of visitors from around the Globe annually. Both of Caribbean-descent, Hush Weekend curators Dwayne Simpson and Philip Popo once marveled at the thought of merging their background and love of Caribbean and African entertainment and culture with D.C.'s blossoming position in the world of travel. The two, along with a team of marketing and event specialists, officially made their dream a reality in 2016 with the launch of Hush Weekend.

Although Hush Weekend has a strong emphasis on Caribbean and African culture, event co-producer Dwayne Simpson says, "We aim for a very multicultural weekend, as we are inviting people of all races and ethnicities to experience our culture." "The influx of other cultures will ultimately contribute to the future diversity of Hush Weekend...this is not just a Caribbean and African thing, but also a travel destination weekend thing," Simpson adds.

Further, Hush Weekend co-producer Philip Popo confirms, "Although we will always stay true to our culture, we will explore creative entertainment ideas and concepts that will bridge cultural gaps, making this an inclusive weekend." 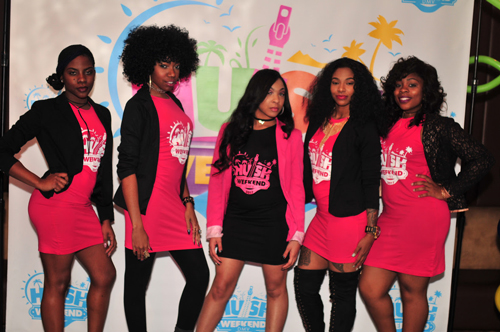 Photo: The Hush Ladies are on deck for the fun filled Hush Weekend destination event

Hush Weekend unequivocally brings the attention and spotlight back to the revelers, allowing them to have amazing memorable experiences. With less emphasis on deejays, promoters and celebrities, the focus is the core happiness of the patrons. With the suspension of D.C. Carnival for several years, Caribbean-driven events of high magnitude have reached an all-time low in Washington, D.C. While Hush Weekend's goal is not to replace D.C. Carnival, it is designed to fill a void. So, in addition to "Hushers" (our nickname for Hush patrons) being able to bask in Caribbean and African-inspired fun, they can also soak in all of the limitless, exciting attractions, including landmarks, sites, shopping and dining, that the Washington, D.C. metropolitan area has to offer.

There is still time to get tickets for Hush Weekend. A weekend pass, which covers access to all of the events, is available for $99 by visiting http://www.hushweekend.com. Additionally, individual event ticket sales are available as well. Hush Weekend is set to leave an indelible mark on travelers and the Washington, D.C. metropolitan area as a whole.

The vision for Hush Weekend is long term, as curators Dwayne Simpson and Philip Popo strive to continue the D.C. edition of the event and launch the brand in markets across the nation, which could economically benefit from the tourism, through partnerships with respective local media, tourism boards and community leaders. Stay tuned because there is lots more in store!