By Jouvert Mike
Published on 25-May-17
So, Memorial Weekend is upon on and that means it's Carnival Weekend in ATLANTA!  With Machel, Bunji, Destra, Kerwin, Lyrikal, Voice, Teddyson John, Skinny Fabulous, DJ Private Ryan, DJ Stephen, Majah Hype, and so many more descending on the ATL - here's why you need to find a way to add this Soca Injection Weekend into your Carnival Calendar.

We're here to explore the reasons why it's so vital to have Caribbean Carnival hosted in major metropolitan areas across North America ...... this is a movement - so let's take a look at what's making Atlanta the place to be the end of May every year.
So, Memorial Weekend is upon on and that means it's Carnival Weekend in ATLANTA!  With Machel, Bunji, Destra, Kerwin, Lyrikal, Voice, Teddyson John, Skinny Fabulous, DJ Private Ryan, DJ Stephen, Majah Hype, and so many more descending on the ATL - here's why you need to find a way to add this Soca Injection Weekend into your Carnival Calendar. 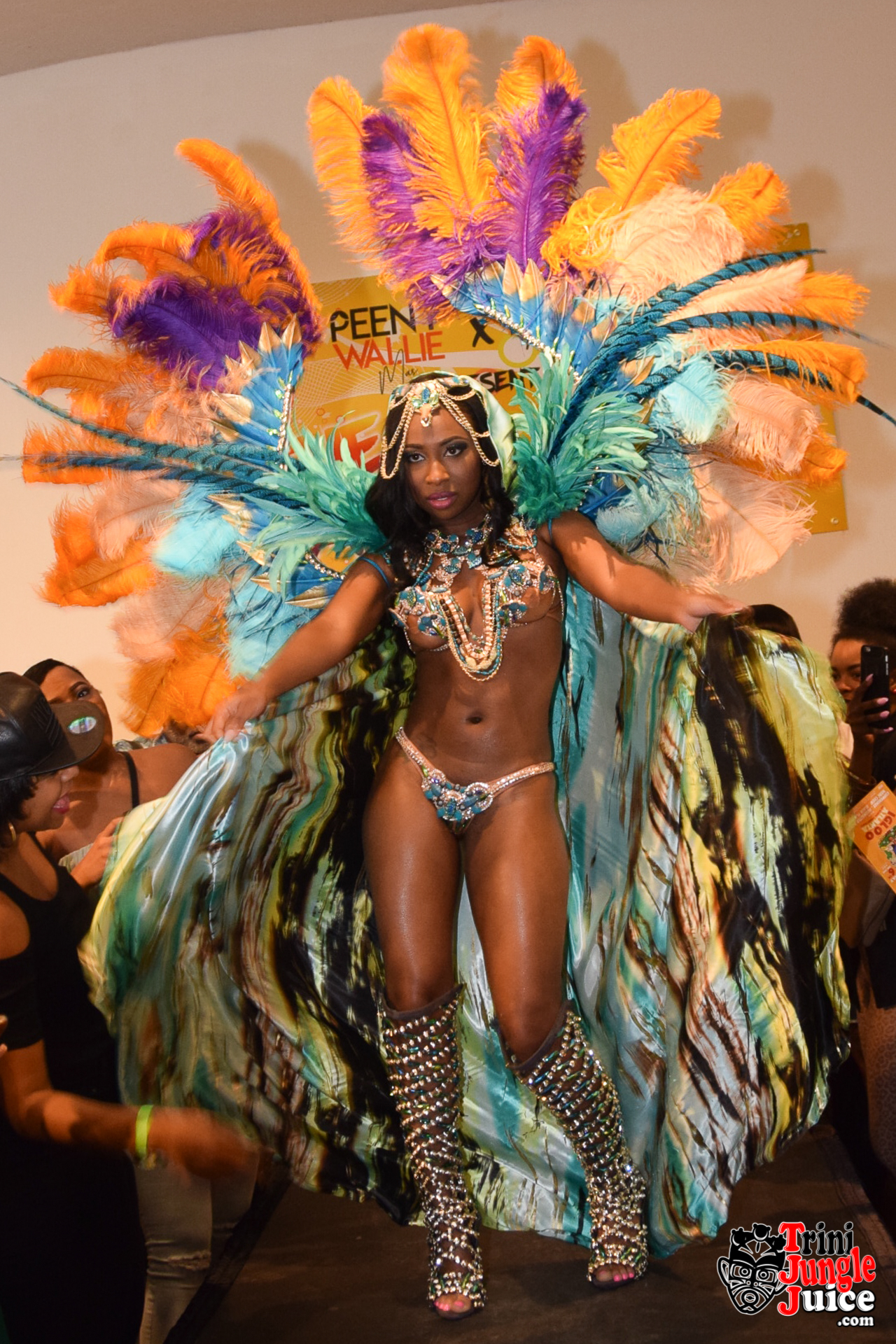 (Mas with Panache Breakfast Fete Band Launch 2017)
We're here to explore the reasons why it's so vital to have Caribbean Carnival hosted in major metropolitan areas across North America ...... this is a movement - so let's take a look at what's making Atlanta the place to be the end of May every year.

Carnival and Soca’s global grasp has gotten exponentially stronger in recent years.  We’re seeing Soca Artists & DJ’s perform in Europe, the Middle East, the Far East on a regular basis and Carnivals popping up all over.  Some have now grown to levels that put them in the discussion of competing with the magnitude of Trinidad in years to come (we see you Jamaica, transforming/gaining ground), some coming out of nowhere and becoming a “top 5” in the blink of an eye (Bermuda) and rightfully so as they have brought their own unique characteristics to the party. 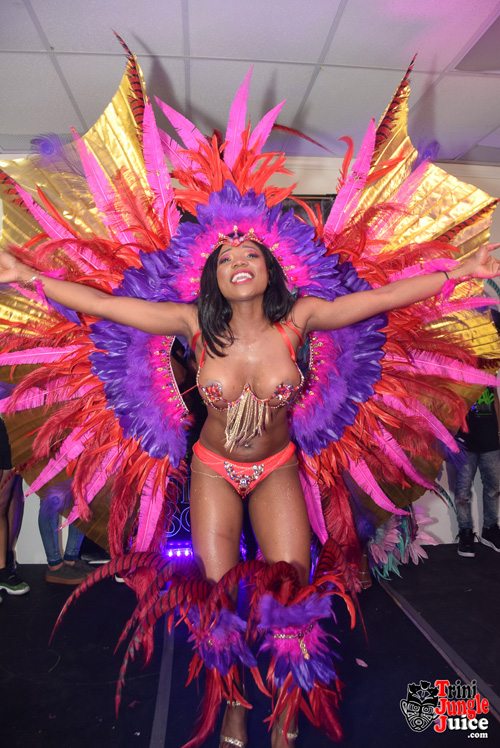 (Madd Colors Band Launch 2017)
While some look to make a huge splash and serve as the ultimate island experience there are other Carnivals that play a vital role in spreading the culture to those who for any one of a multitude of reasons can’t currently make it to the Caribbean to celebrate.  Having Carnivals in major metropolitan locations across North America enables “the masses” to get a taste.

So, we’re here to gothrough 4 reasons “Atlanta Carnival” is worth experiencing first hand:

While Trinidad remains the OG/Mecca of Caribbean Carnival – each island has its own unique touch to the experience & have often been treated as the “red-headed stepchild” and essentially told to go sit at the kids’ table.  Atlanta’s Band Leaders are from all over. 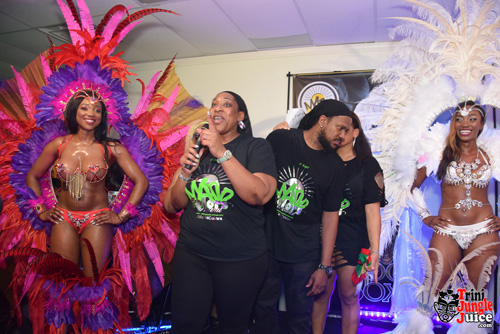 (Madd Colors Band Launch 2017)
Madd Colors – founded by Ozi & Rochelle Franklin represent for Grenada, with a large contingency of their masqueraders also representing Guyana & NYC. They are the largest band in Atlanta, having expanded to Houston Carnival (and a section in Miami too) as well and being the reigning Road March Champions.  The band has plenty vibes, plenty bumpas to wine on & plenty of islands represented in extended Madd Colors family.  It doesn’t matter if it’s their Band Launch, their series of fetes, or on de road ..... yuh know when Madd Colors in the area. 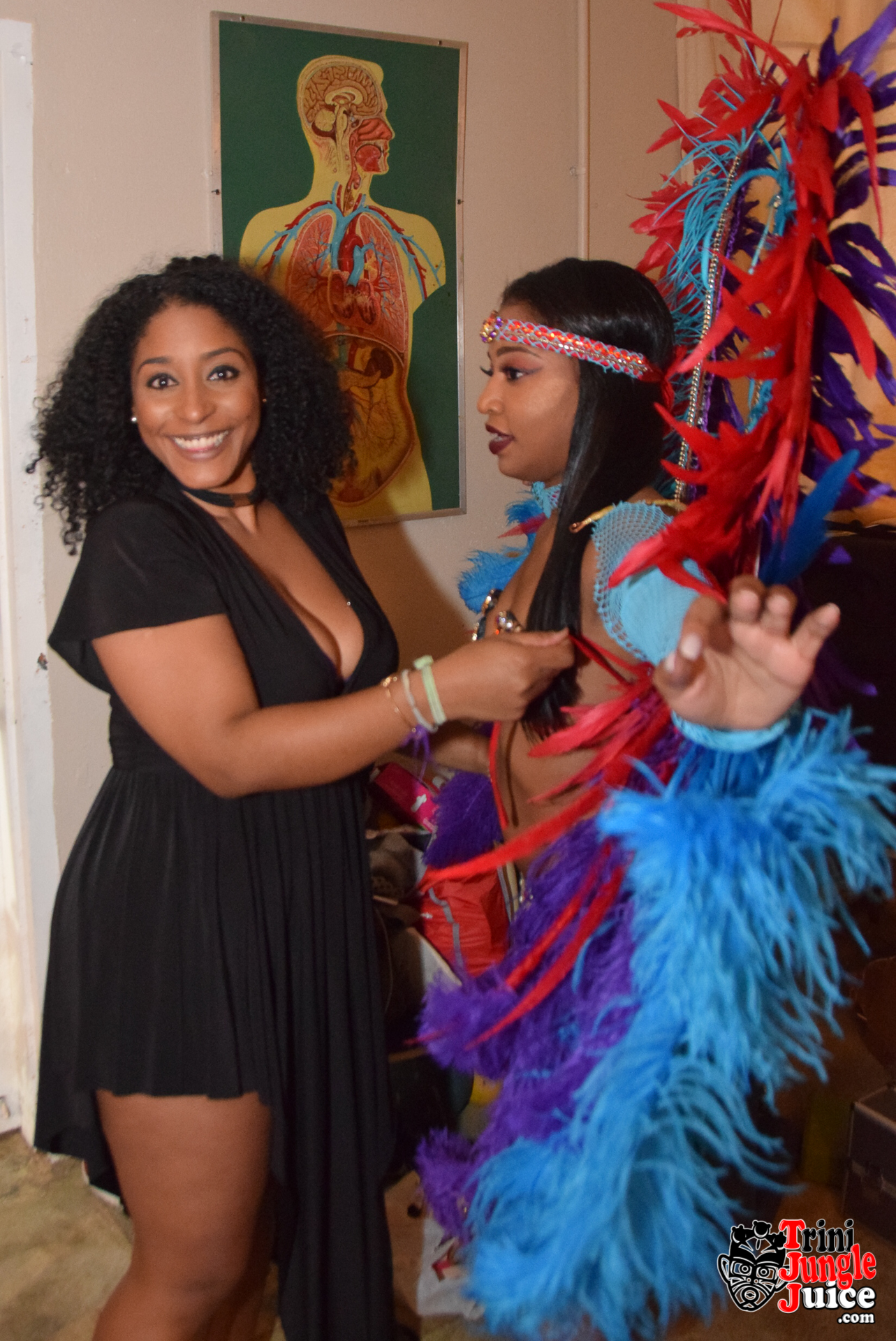 (Mas With Panache Band Launch - Backstage Final Touches with Ramona Condell - 2017)
Mas with Panache – founded by Ramona Condell & Kamaria Morgan, as We Kinda Ting has stepped away from Atlanta Carnival forefront after having been Road March champions for nearly a decade – two of their committee members have spun off to develop a band with a flare all their own.  Ramona hails from Jamaica and has been known for her sexy designs that helped WKT reign supreme for so long.  Kamaria represents for both the Bahamas & Jamaica - this pair is positioned to make waves and build a tradition all their own.  This is already apparent as they were the 1st Band in Atlanta to conduct their Band Launch in an innovative way with a Breakfast Fete & honestly, it was a great look.

Montserrat, St. Vincent, Barbados, St. Lucia (& yes, of course Trinidad) ..... so many islands have band leaders or prominent committee members infusing aspects of their island’s culture into the melting pot that is Carnival Week in Atlanta.

#2 - Atlanta Carnival has become a great “introduction” for those who’ve been curious about Carnival.

They get to have a taste and experience the culture.  For some it’s their first exposure to the world of Carnival and the sounds of Soca.  So many people in US & Canada haven’t been exposed to Soca and having a weekend in a major metropolitan area enables them to dip their toes in the pool while having some of the ability to not be 100% committed/overwhelmed by being in a foreign country where there is no familiarity or reprieve from Soca on steroids pumping 24/7 an engulfing an entire country during Carnival season. 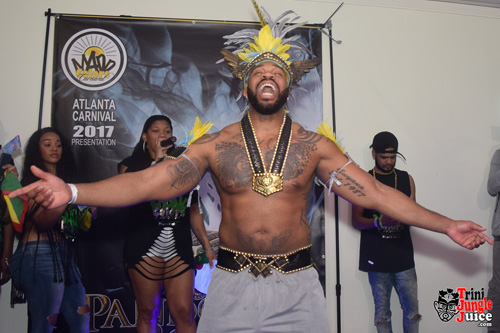 (Madd Colors Band Launch 2017)
For many it’s either a quick flight or a decent drive over an extended holiday weekend, with plenty of flights coming in to the world’s busiest airport (no joke, it’s been the busiest airport for years as Delta’s International Headquarters and countless international flights as well as connecting to virtually every major hub in the US).  With it being so cost effective and a great excuse to get away for Memorial Day Weekend, plus mixing in some southern soul food while you’re in the ATL.  If you don’t get Fat Matt’s Ribs and head over to somewhere .....maybe hit up Flying Biscuit for a “half & half” of grits and rosemary hash browns, plus southern biscuits with apple butter or gravy, you’re maddddd.

Hell, if you really want to mix it up Atlanta Jazz Festival happens the same weekend every year – so you can head to Piedmont Park for free and relax on a blanket for free and listen to live jazz after you’ve been wotless & pulled a hamstring wining too hard.

#3 – Atlanta Carnival enables Caribbean Massive to reconnect with their friends, family & heritage at a convenient time of year

Atlanta doesn’t compete with any island’s Carnival – being at the end of May it’s always several months after Trinidad, more than a month after Jamaica, and months before St. Vincent, St. Lucia, Barbados, Grenada, etc.  This is also almost a half a year away from Miami Carnival, so it enables people to space out their carnival calendars while getting a great Soca infusion in their lives. 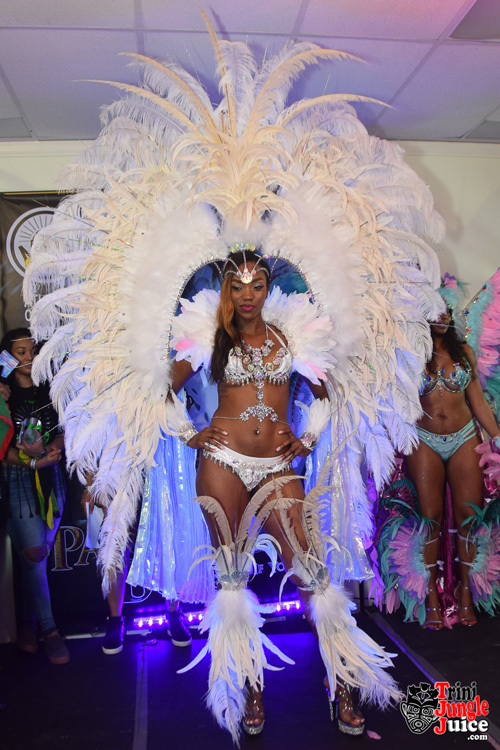 (Madd Colors Band Launch 2017)
Plenty of people from the Caribbean living in US would love to be able to head home for Carnival but whether it’s job, school, family, or financial obligations it just isn’t feasible to get back to the islands as often as desired – especially at inopportune times of the calendar.  With that said, Atlanta Carnival brings the culture to them & gives a reason to celebrate while staying connected to the culture.

When you’re accustomed to playing Mas for 2 days.....Atlanta isn’t going to be on that level, and that’s ok, this is simply a Soca injection with the big names stopping through at some point for the cost of what a costume alone costs in one of the “big carnivals”.  Many of them come and jump in a t-shirt section (hell, Madd Colors started as a t-shirt band and has grown to 1K+ revelers with largest number of full costume masqueraders while still keeping a t-shirt section).

T-shirt section has always been the best value in the (some make their own collars to accentuate their t-shirts) – you’re paying somewhere around $100 (some bands in the $70’s and $80’s others a little over $100) which gets you access to drinks during road march, a snack before, a meal after, and access to the ACBC Concert immediately after road march – which has a mix of big name artists and DJ’s (Bunji, Destra, Lyrikal, Nutron, Patrice Roberts, Ricardo Drue, Shal Marshall, etc.)

***Disclaimer, Atlanta has an interesting history in terms of Carnival(s) – that’s a story for another day – when I refer to “the road march” I am referring to the Atlanta-Decatur Caribbean Carnival organized by Atlanta Carnival Bandleaders Council.  We’ll all be getting on bad over on Covington Highway (inside I-285 in Dekalb County) and there will be another downtown but please believe the vast majority of masqueraders will be on Covington Highway. *** 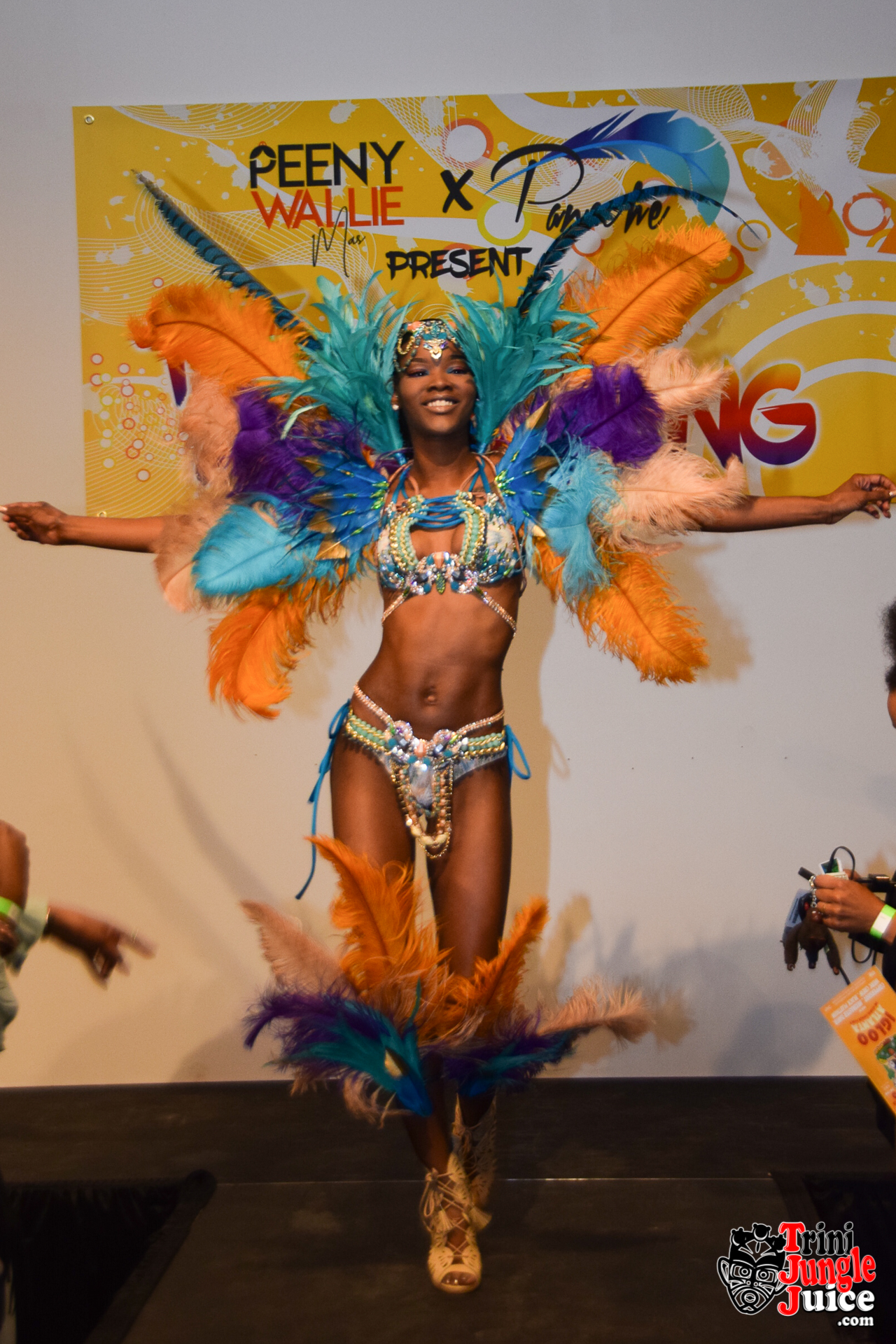 (Mas with Panache Breakfast Fete Band Launch 2017)
Fetes are cheap! Many are $20-$40 (cash bars, some cooler..... key here is pre-gaming :) and the 1 all-inclusive breakfast fete had prices $70-$90.  You’re going to have a chance to see performances by Machel, Bunji, Destra, Skinny Fabulous, Lyrikal, DJ Private Ryan, DJ Stephen, Ryan Sayeed and more without having to fly to an island to make it happen.

Getting here is cheap! People fly in from NYC, DC, FL round-trip for under $200 OR people drive here on a single tank of gas.  People crash at friends’ houses, rent an Air BnB for the low low and split between a crew because as far as the rest of Metro Atlanta they aren’t cranking prices up to exploit the demand for housing from masqueraders

I’d anticipate those who live in Miami, NYC, LA and Toronto saying similar things with a few variations yet the fact of the matter is, Soca and the Caribbean Carnival world is growing and becoming more accepted globally – having Carnivals in major metropolitan cities in North America helps to spread the culture and increase the demand/pipeline of future masqueraders across the islands.  People have to start somewhere, so why not start here?

‘Til Next Time, Soca to de World!
-Jouvert Mike