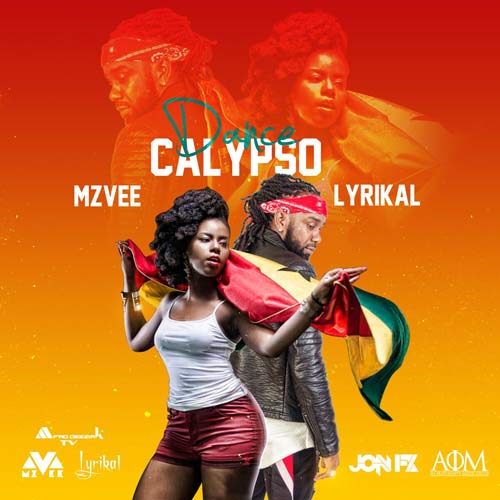 Trinidad and Tobago’s Soca sensation Lyrikal has embarked on another musical journey, this time to Africa. He has teamed up with one of the fastest rising female entertainers in Ghana, Mz Vee to create a track titled “Dance Calypso.” The element of this infectious track promises to bridge cultures and is proof that music knows no barriers.

The feel good fusion track embodies Afro-rhythms, Soca and Dancehall. Lyrikal’s raspy chanting meshes seemingly with the soothing vocals of the multi-award winning Ghanaian songstress. With a number of nominations and awards under her belt including the Ghana Music Awards, MTV Africa Music Awards and BET Awards, the strength of Mz Vee’s talent has been proven. In the Caribbean, Lyrikal continues to maintain his position as one of the leading names in the Soca music industry. With a number of hits under his belt including Cloud 9, Loner, Freedom and Jammin Sake, Lyrikal’s contributions have afforded him the title he carries as the Soca king of New York, where he resides.

“Dance Calypso” is the brainchild of Jamaican producer Gregory ‘Taffari’ James, who has written and produced for Stone Bwoy, Sizzla, Da’ville and Beenie Man. It is his non-discriminatory taste in music that made him “always want to merge the cultural diversity in music and fuse them on one track.” Taffari, along with award winning producer Jon FX who has worked Shabba Ranks, Mya, Yo Gotti, Gyptian, Kevin Lyttle and Vybz Kartel among others partnered on this project.

This new sound has the potential to take the world by storm. Get ready to ‘Dance Calypso’ with Lyrikal and Mz Vee.