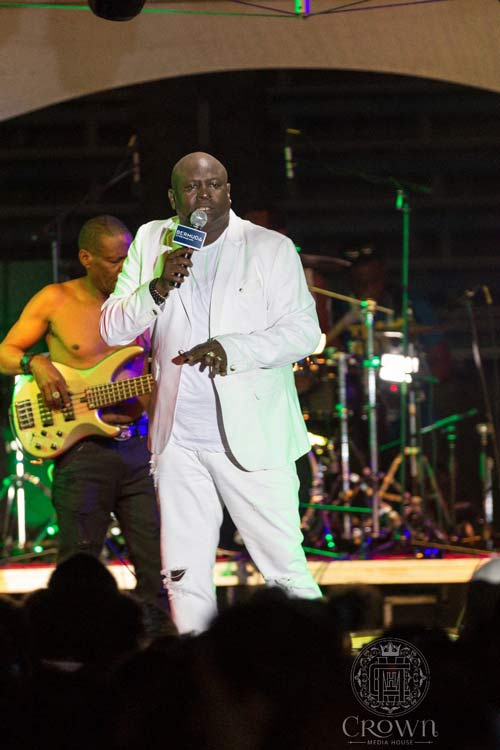 The artiste, whose real name is Aaron St. Louis, was greeted by thunderous applause from the audience at the sold-out "5 Star Friday" event at the Bermuda National Sports Centre in Devonshire, where he belted out his popular songs such as "Cheers to Life", "Getaway" and "Far From Finished". The 24 year-old crooner was backed by an energised D' All Starz, who are continuing their "Season Of Brass" Tour under a new moniker. In the end, fans got an evening to remember, as Bermuda kicked off their islandwide Carnival 2017 celebrations in fine form. 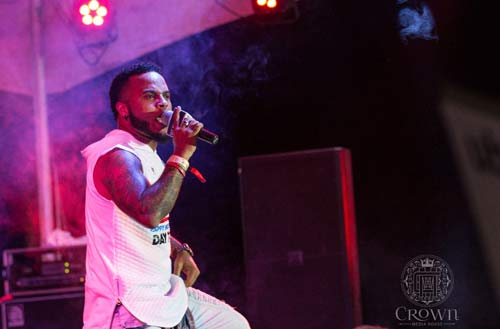 Photo: Ricardo Drue performed one of his newer Soca singles called "The Breakup Song" for the first time in Bermuda this weekend.

"It was a really good feeling to get that kind of response from the crowd here in Bermuda - I think all artistes look for that kind of energy when we hit the stage," said Voice, in an interview immediately following his performance. "I was here last year, and Bermudians love Soca and Carnival, so I think the combination of having fans of our music here with that live band feel with D' All Starz made sure that everyone had a good time." 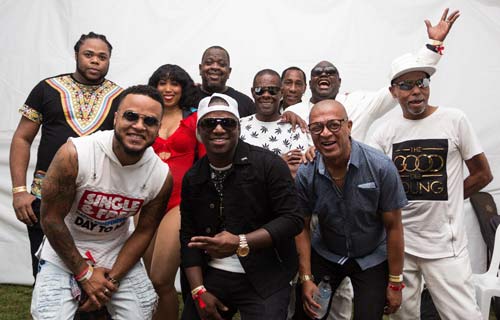 Musical Director for D' All Starz, Carlysle "Juiceman" Roberts,  spoke highly of Bermuda Carnival, the BHW Team (led by its President, Jason "D'General" Sukdeo) and the Soca fans. "From sound check during the day with the team, we got a really good vibe that this performance was going to be special. I think the band represented well, and Blaxx, (Ricardo) Drue, Teddy(son John) and Tizzy were all very happy with how the performances went. With the additional artistes too, it felt like a real Caribbean Soca family." Other special music guests at 5 Star Friday included King Bubba FM (Barbados), Sekon Sta (Trinidad) and Lyrikal (New York). 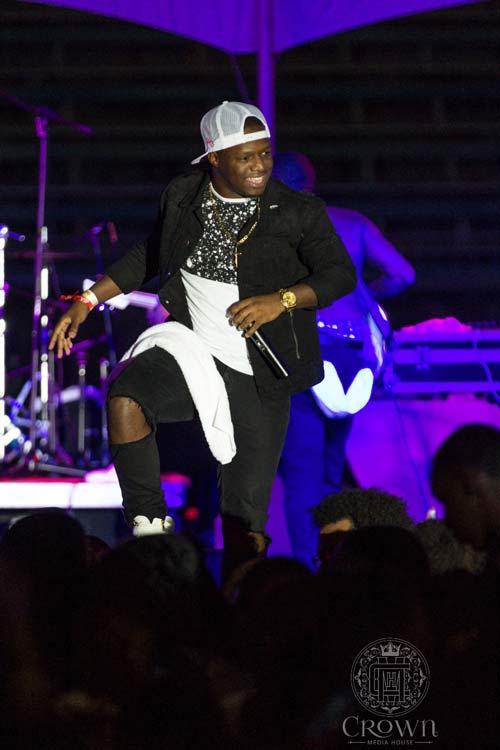 Now in the peak of its second year, Bermuda Carnival is quickly becoming a staple in the international Carnival Calendar. Thousands of masqueraders are expected to hit the streets for the Parade of the Bands on Monday 19th June, a colourful highlight for locals and visitors at Bermuda Heroes Weekend.