We all know that the “pre-Carnival” fete to literally top all cooler fetes in the United States is Demolition Crew’s Cooler Fete, held the Saturday before Atlanta Carnival Weekend.  When I tell you the VIBES are RIDICULOUS I’m not exaggerating - ask any International DJ whose had a chance to experience this one ans so many others and they can't deny this is the best in the US hands-down. 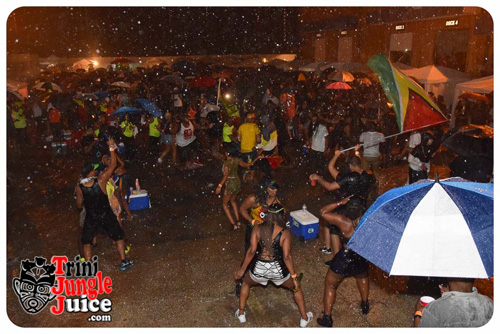 The 2017 version will go down in the history books as “Monsoon Fete”, “Pooler Fete”, “Wet Fete to De Extreme”..... Go ahead and have a massive thunderstorm roll through for an outdoor fete that has no 1 major tent to cover patrons, that lights up the sky so much that the sound system company flat out says “we not lighting this up like the sky because it’s one big magnet ready to blow all speakers with a strike”.

So, for the first 2 hours of a fete it was purely pumping off the vibes of beating on bells, brake pads, horns & chants.... and then 1 speaker out of a covered loading dock until the lightning had subsided, because please believe the rain wasn’t gonna let up all night long.  Atlanta has seen I-85 Highway Bridge burn down, I-20 Highway crack up/hemorrhage, trucks filled with tomahawks flip over/spill over I-75 Highway, a tornado hit downtown all in the last couple of months.... a bad thunder & lightning storm aint stopping we, We Jammin Still! 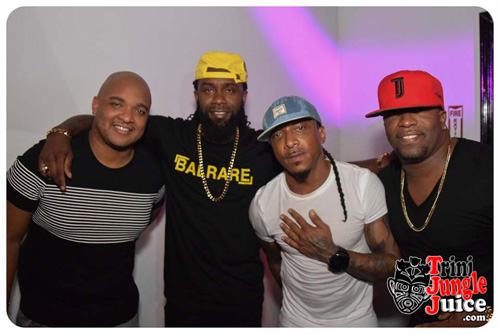 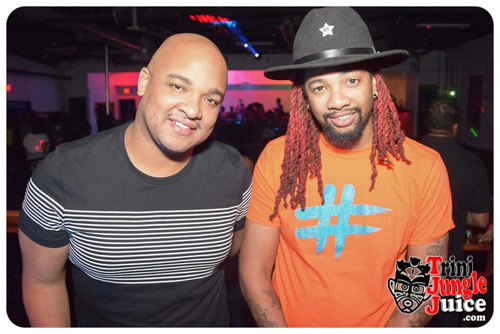 DJ Stephen's "Ace Weekend" started Thursday and went all the way through Memorial Day Weekend having the full arsenal of the top-rated live artist performances and DJ's - Teddyson, Kerwin, Lyrikal, Skinny, Machel, Giselle the Wassi One, DJ Private Ryan, etc - it was fete after fete with International Soca Stars. 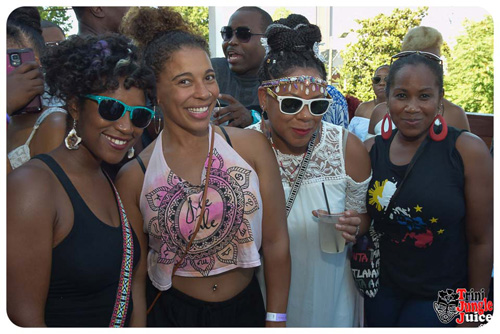 When it comes to the actual weekend of Carnival in Atlanta the out of towners truly descend in full force Friday for EPIC Day Fete at Suite Lounge Rooftop, then you’ve got concerts with the likes of Machel, Bunji, Lyrikal, etc.  Saturday is the road march and where people have really come to make the most of feting over Memorial Day Weekend is SUNDAY in Atlanta. 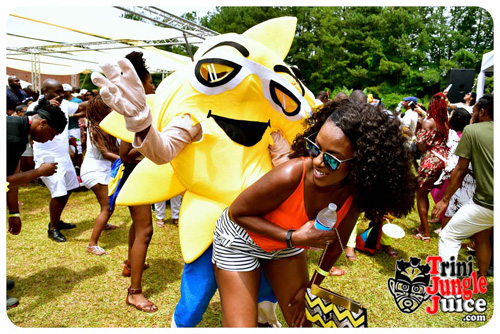 Sunday Morning Breakfast Party has evolved tremendously over the last 6 years.  Starting as a little fete in the middle of a loading dock parking area with a couple hundred people to then expanding to closer to 1,000 people in a grassy field, to last year stepping up to be Atlanta’s 1st all-inclusive breakfast fete in a smaller sleek downtown Atlanta venue to this year – heading back to the open grass field with an expanded all-inclusive capacity. 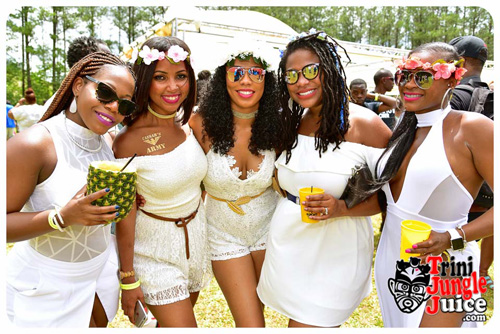 Yet another heavy storm threatening & hitting during the night prior (similar to what happened in Jamaica 2 months ago the night before Sunnation’s Breakfast Fete) Sunday Morning Breakfast Party became more of a “brunch” party shifting the start time back from 8 am to 11 am.  The decision was wise & lead to people coming out to a sunny Sunday morning with everyone now showing up in a timely manner ready for de full pump.

With the event promoters having roots in Trinidad and traveling to Carnivals all over the Caribbean it is no surprise to see some familiar touches with food stations representing food from various islands and tapestry covering the large central area for dancing with a bit of shade all day long (similar to aspects of Soca Brainwash, Sunnation, and Vale).  A live performance from Shal Marshall & a wide array of local and international Soca DJ’s – Sunday Morning Breakfast Party has carved out its’ own niche and is a staple for Carnival Weekend in Atlanta. 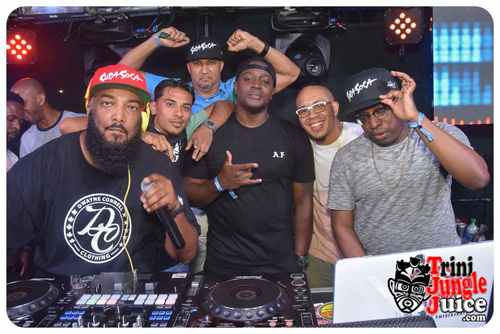 Sunday night – a new fete jumped on the scene and absolutely crushed it – SUPA SOCA.  An incredibly experienced international group of DJ’s in collaboration with Atlanta's Team Trends, along with multiple live Soca Artists performances..... all in one of the most iconic locations of downtown Atlanta – a recipe for success that did not disappoint. 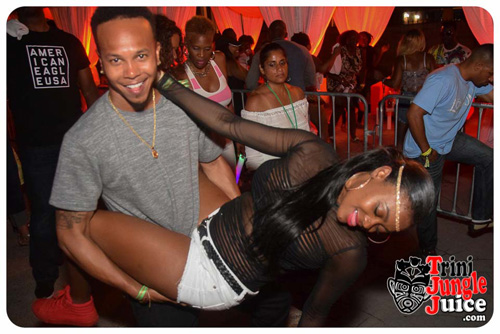 Barry Hype, DJ Crown Prince, Dr. Jay, DJ Jester, DJ Ryan Sayeed all came together to elevate Soca in the Southeast region of the US.  The venue has never been used before for a fete -  the outdoor space of Georgia Freight Depot, sandwiched between The Underground and the golden dome of the state capital building in the background.  Plenty of space to wine while taking in the light-show that was an epic stage design equivalent to most EDM concerts. 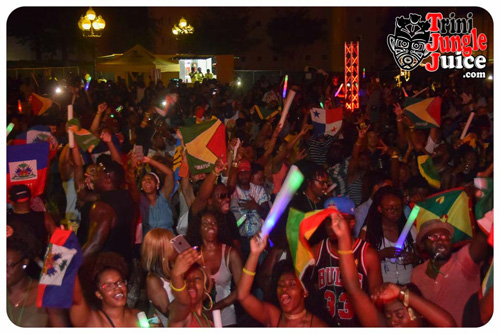 As the spectacle continued it was elevated time and time again as live performances from Teddyson John, King Bubba, and Shal Marshall all shelled down the place.  The sea of flags representing every island large or small across the Caribbean waved constantly for hours as the music pumped hard giving life to downtown Atlanta.  To watch how many locals who just happened to be in the area and stopped in awe on an adjacent bridge to take it all in was a perfect validation to demonstrate that the vibes & beauty of so many people celebrating life while singing and dancing to Soca is truly impacting the world.

The recipe of Supa Soca leads me to believe that they may very well take this fete and branch out to other carnivals, much like we’ve seen from numerous big-name fete brands (Soca Brainwash, Vale, Caesar’s Army, Candy Coated, Suits, Scorch, Sunnation, etc.).

This mixture of having both local promoters (EPIC & Sunday Morning Breakfast Party) as well as international collaborations like Supa Soca are truly elevating Carnival Weekend in Atlanta into a North American Carnival that is worth carving out time on your calendar.

‘Til Next Time, Soca to De World
-Jouvert Mike