By Stephen aka Original Lime Flavour
Published on 24-Jun-06

By Salsa In The City's Patricia Ploussiou

The Philadelphia Hispanic Yellow Pages is on to something. The Philadelphia Hispanic Choice Awards event at the Kimmel Center was definitely the place to be on April 29th. In its third year of production, the Hispanic Choice Awards event was a well-orchestrated top-drawer event that is well on its way to becoming the region’s foremost award show honoring Philadelphia’s Hispanic community. What is even more impressive is that the community selects both the nominees and the award recipients, thus earning the name, “el premio de la gente”.

Hispanic Choice Awards 2006
By Salsa In The City's Patricia Ploussiou 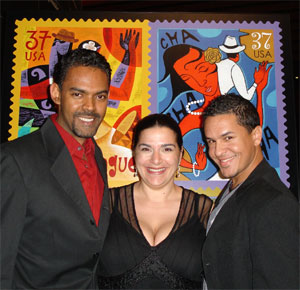 What is even more impressive is that the community selects both the nominees and the award recipients, thus earning the name, “el premio de la gente”.

In a room full of prominent business owners, entrepreneurs, non profit organizations, as well as the who’s who of the Philadelphia Latino community, our Philly salseros were preset during the awards ceremony and the party that followed. Whether competing to win the audience applause during the salsa competition or being acknowledged for their contributions to the community, many of our salseros were nominated and honored for their tireless work as entertainers and even some were honored for their commitment and passion to their profession.

*Merecumbe and Grupo Fuego were both nominated for the “Entertainers of the Year” with Grupo Fuego receiving the award.

*Sandra Gonzalez walked away with the “Educator of the Year” award 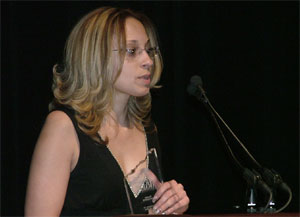 *Eli and Yen won the audience applause for the dance competition.

After the event, Salsa in the City had access to the VIP and Media party located in the building featuring DJ Jose Rodriguez..don’t forget to check out the pics on the photo site!

This was definitely an event worth waiting for. Though the ticket price was higher than what salseros normally pay for a night out on the town, nothing can beat the ambience of the Kimmel Center for a black tie affair honoring the region’s best.