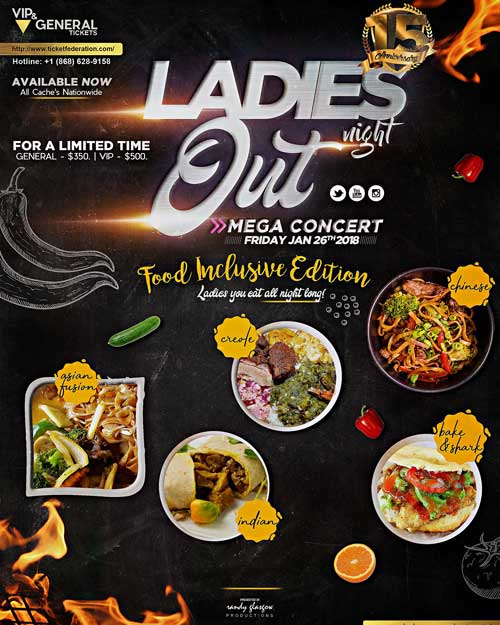 What began over a decade ago as a show providing a space for women to let loose and imbibe in soca music without any inhibitions whatsoever, while serving as a platform for soca artistes to showcase their music in an intimate setting, while within a huge venue, has over time developed into an internationally sought after mega event. 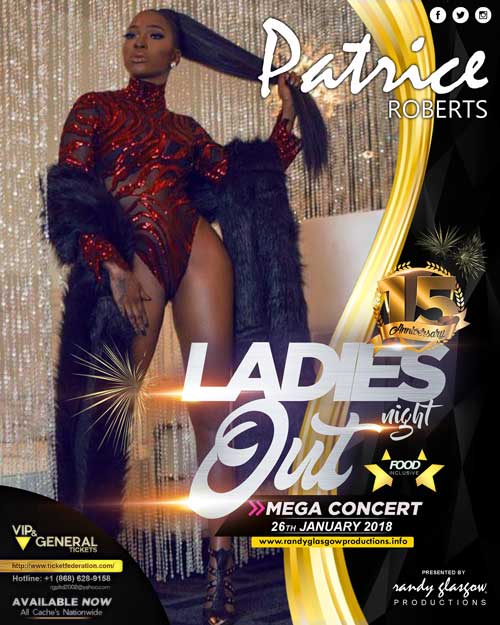 The Ladies Night Out MEGA Concert  (LNO) concert conceptualised by Randy Glasgow Productions (RGP), is the perfect example of an evolutionary event. In the beginning LNO featured the top female calypso and soca acts performing their current and past hits before sold out audiences at the Jean Pierre Complex, Port of Spain. In quick time LNO was transformed into a show featuring international acts on a stage employing the latest technology in sound, lighting and special effects.

Another aspect of the event saw husbands and boyfriends being able to take their ladies out for a night of entertainment in which the women were treated to a lavish spread of local and international cuisine, premium drinks and of course great music from not only the top female artistes, but also their favorite male acts. And whenever Valentine’s Day fell on the night of LNO or a day close to, RGP ensured that the ladies were given extra special treats such as chocolates, roses and more.

LNO eventually outgrew Jean Pierre Complex and was moved over to the Hasley Crawford National Stadium accommodating in excess of 15,000 patrons. But even that was not enough as people who failed to secure tickets on time remained outside, missing out on the action within.

Along with longstanding top tier artistes such as  Fay Ann Lyons, Destra, Denise Belfon, Calypso Rose, Denyse Plummer, LNO provided a platform upon which developing artistes such as Nadia Batson, Jadel Legere and Terri Lyons honed their skills. LNO also fulfilled the fantasies of many women who were finally able to get up close and personal with men such as Machel Montano, Bunji Garlin, Shurwayne Winchester, Kerwin Du Bois, and Kees Dieffenthaller.

Then there are the regional and international acts featured at LNO as RGP proved visionary bringing international pop, soul and reggae/dancehall acts into the Carnival. This in fact encouraged people from the other islands as well as folks from places such as Japan, Australia and the Eastern USA to come to Trinidad in time for LNO, an average of one week earlier than they had planned. In fact, RGP has through their events, contributed greatly to the overall volume of tourists coming in for Carnival annually, planning their trips around the events.

LNO 2018 promises to be the most impacting and multi-faceted edition of the event to date. The line-up of artistes booked to perform on the night, January 26 at the Jean Pierre Complex, Port of Spain represents a collective of the top and most sought after seasoned, younger and developing calypso and soca artistes from here at home, across the Caribbean and those based in the United States.

As an additional treat for the ladies attending the event is this year food inclusive. You purchase your tickets and along with the fine entertainment, you will enjoy a lavish selection of cuisine all night long. And, because of the layout at the venue you will be able to dine and dance, not missing a moment of what’ll be happening on stage as you grab a bite. Premium drinks will also be right at one’s fingertips as the bars will be strategically placed allowing for ease of access and quick access.