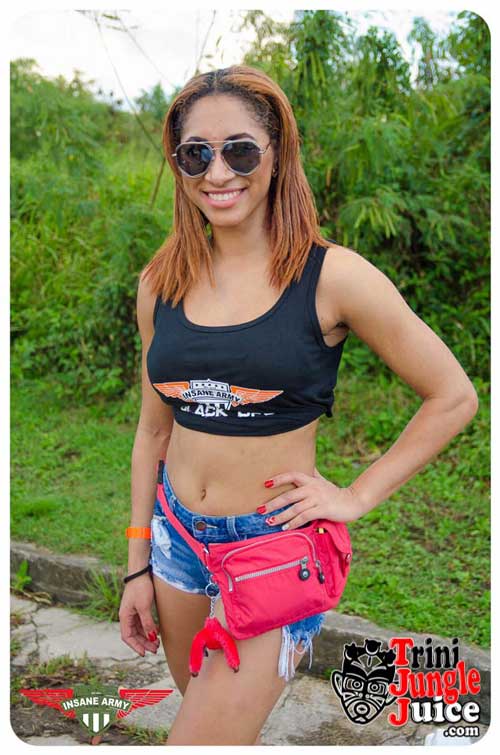 I flew in from Trinidad to attend this event for coverage.

On arrival I could see that everyone was ready to kick this thing off as the music was playing and everyone singing along to the popular Soca. Escorted by Police Officers and Security Guards, we started the show. As the fete continued, so did the people, dancing, wining and just overall having a great time especially celebrating entering into a new year! 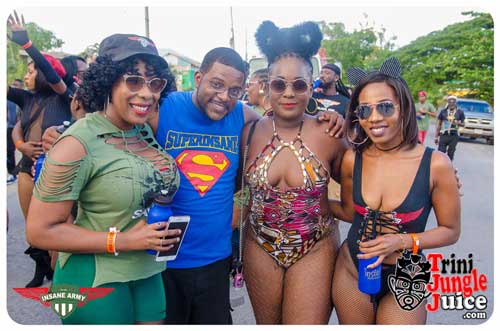 Being a first time visitor to Antigua and not knowing anyone else there except for the promoter, it was very satisfying to see that everyone was warmly welcoming and very friendly to me. Everyone was easygoing and always ready for me to take their photo while the atmosphere was both freeing and hyper. It was an all inclusive fete so while they were being engrossed in the beautiful atmosphere and allowing the music to overtake their bodies, they were sipping on their choice of alcohol (or water) and chipping down the road.

At one point of the march a few of the locals broke branches off of a tree and started waving it around as it was a local tradition which was pleasing to see and take part of. 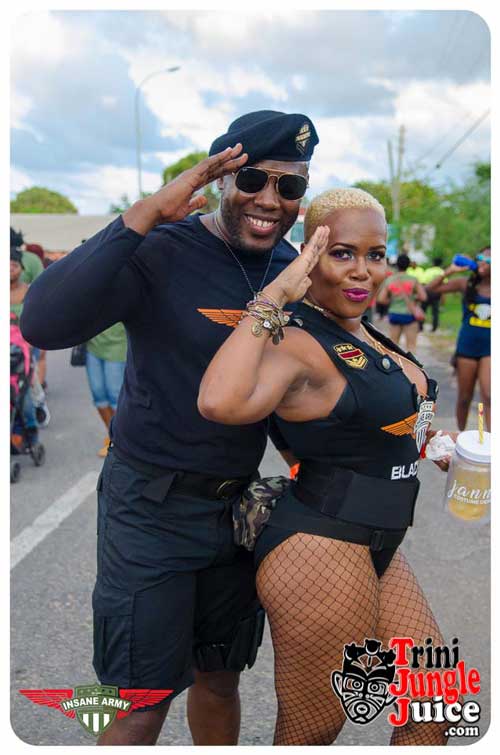 I liked that there were no boundaries at this fete (a.k.a. stush vibes), anyone and everyone were equals there, also there came a point when we reached at the main town there was another event happening and when the locals saw a road mas was passing by a few of them couldn't resist the temptation of merging into the march which everyone didn't mind, more vibes! But afterward they would go back to their event. Antigua is a very safe country and a hotspot for tourists so nobody pays any mind for when something like that happens.

As the day turned into night and the event was coming to its closing, it did go over the accounted end time but why wouldn't it?

Everyone was having a blast - already intoxicated from all the drinks they were having and there were no annoying drunks, just tipsy enough to enjoy themselves. No fights happened and security were always there to ensure that everyone was safe. 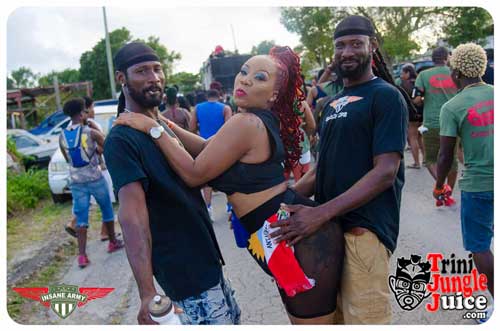 All in all I'd say that this T-Shirt Mas was a success and it will keep growing from here as it was the first New Year's Day Mas they hosted and Insane Carnival has a great following and supporters.

This was an excellent first experience for me and I would definitely be coming back as I myself had a blast.

Sweet Juice for the TJJ fam