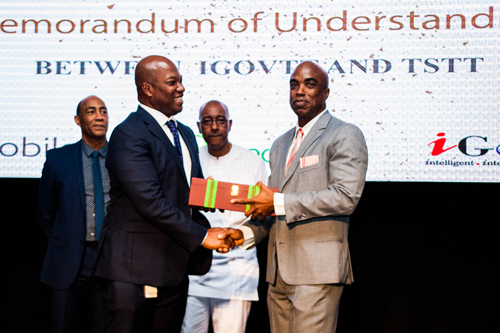 P.O.S. Trinidad – In a bold move to keep up with the global technological evolution, Telecommunications Services of Trinidad and Tobago (TSTT) under the guidance and leadership of CEO Dr. Ronald Walcott recently signed a Memorandum of Understanding with iGOVTT to market and implement E-Tender as a service to ministries, divisions and agencies, thus taking local tendering processes to a new pinnacle of world-class efficiency.

This landmark signing event which took place on Friday 2nd February at the Hyatt Regency Trinidad marks another significant step towards building the public sector’s capacity in this modern technological era.

This collaboration between TSTT and iGOVTT will facilitate the adoption of TSTT’s E-Tender Software as a Service (SaaS) procurement portal and be used for soliciting potential vendors for an array of government projects and provide an unprecedented level of transparency in the bidding process.

TSTT CEO Dr Ronald Walcott who was present at the event and pleased to spearhead this initiative referred to this alliance as an important cornerstone in the e procurement and governance of T&T and a milestone in the company’s growth and diversification objective. 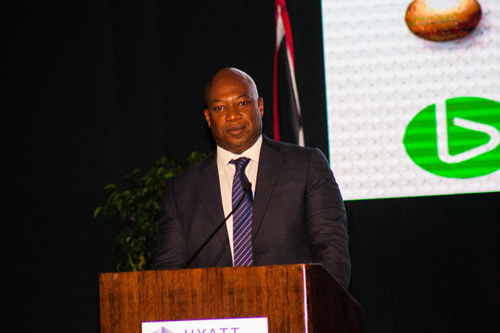 Photo: At the event TSTT CEO Dr. Ronald Walcott stated his company will not allow T&T to be left behind in this era of digital transformation.

He shared, “It is clear to me that in order to succeed in this age of global digital transformation TSTT needs to continuously chart its own path and transform itself from a 20th century telecommunications provider to a 21st century agile telecommunications leader”.

Citing the dominance of apps such as Facebook, Whatsapp, Instagram, Air BNB and Uber as to why this cultural change is a very important pillar to modern day economic growth and development he stated, “In order for this to occur we must continue to change policies and procedures and we at TSTT are committed to this revolution as Trinidad & Tobago deserves nothing less. TSTT will not allow T&T to be left behind in this era of digital transformation”.

Senator the Honourable Robert Le Hunte, Minister of Public Utilities was on hand and echoed Dr. Walcott’s sentiments and added, “As Minister of Public Utilities, I have been emphasizing, at every chance I get, the importance of communicating effectively with our primary stakeholders, the general public. Doing so improves accountability and transparency and helps establish a system of inclusivity, where everyone benefits and takes joint responsibility for its upkeep.”

E-Tender is a home-grown solution developed by employees of TSTT which provides clients with a competitive advantage in the supply chain, a level playing field for all parties involved in the tendering process as well as accountability in the spend of the tax payers dollars.

TSTT is dedicated to broadening its commercial architecture with the introduction of E-Tender and to using technology to enrich the lives of T&T’s citizens, businesses, government agencies and visitors. The company views this partnership with iGOVTT as definite step in the right direction.