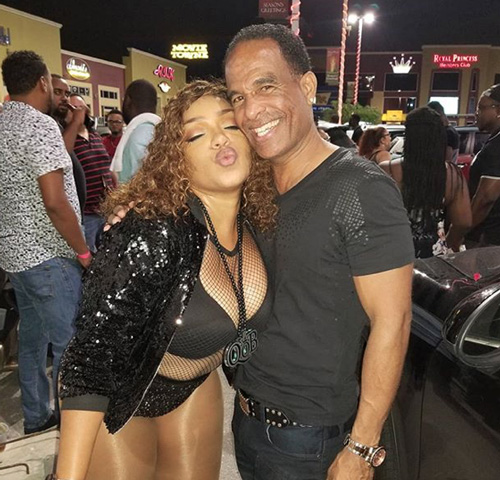 Port-of-Spain, Trinidad. April 20th, 2018 - Beyonce Knowles is this month, the talk of the town. The Internet remains abuzz, singing her praise for a job well done at the recent Coachella music festival, in California. The Caribbean meanwhile, is pretty quiet and one man who’s been a part of the entertainment landscape for some time, thinks there’s no reason why this cultural hub, should ever be quiet.

US based, Trinidad artist, Leon Coldero and a team of event stakeholders host Flag Fete- a major soca themed event in Florida, next month. He’ll also spread knowledge on the Caribbean’s culture when he and his team host Curry Fest in Florida on July 14th. Doubling up as an artiste and event promoter, Coldero says governments in the Caribbean must pull together to strengthen overall marketing and promotion efforts when it comes to Caribbean cultural events, aiding each other, where possible, to encourage a global buzz about everything that’s happening in these parts. “Our Caribbean culture is so much bigger than governments make it out to be, but we need that government support throughout the region to aid in marketing and promoting it more effectively,” he said.

Coldero is the frontline singer of a band he started some time ago, called 868. He has represented Soca music and the Caribbean in Florida for some time, having worked at the Bob Marley Café at Universal Studios, and like many other Caribbean artistes, performing in various parts of North, South and Central America. He admits however that Caribbean music genres still remain relatively unearthed in comparison to mainstream music genres like Hip Hop, Rap and RnB. It doesn’t escape him however that major international artistes and producers like DJ Khaled, Rihanna, Nicki Minaj and Justin Beiber, have used the Caribbean’s sound to perpetuate their stardom. 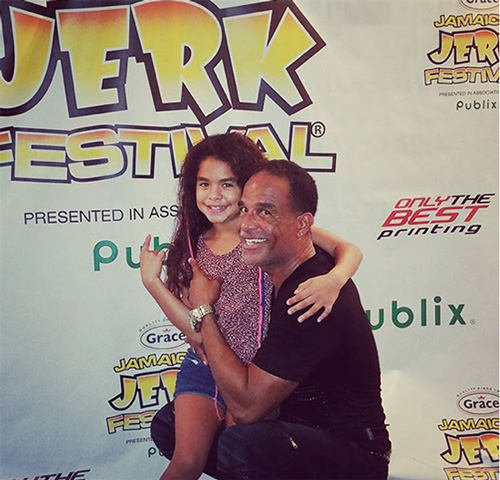 “Trinidad and Tobago’s musical genres- Soca and Calypso, are still categorized mainly in overseas territories as World Music or Reggae,” he expressed, saying it’s equally important for Caribbean artistes to hold their ground and avoid too much diluting of each genre’s original sound just to be accepted by mainstream music markets. “Rupee and Kevin Little had their songs playing on mainstream radio in the US and the majority of the American audience did not categorize the songs as either Soca or Calypso. We can only change this by staying true to ourselves, and our sound. We must keep the unique traditions of our culture alive in the music that we put out there, and we must band together and market it properly,” he pressed.

Coldero, whose pre-teen daughter, Jesalee is also creating her own space in the entertainment business, visits Trinidad this month. He believes it’s imperative, as a Caribbean artiste, to continuously immerse oneself in the culture. “Losing touch with what makes us who we are, what coats our sound would be career suicide. No matter how much we travel, how immensely influenced we become by North American culture, to change our authenticity for the sake of a quick glance that may be forgotten because there’s so many like it out there, would be stupid.”

He is now calling on Caribbean leaders to research, understand, invest and build a powerhouse of cultural features that no tourist, record company, or international media house could turn a blind eye to. “We have everything in the Caribbean. We are a global melting pot, but we must first acknowledge our own greatness before the world can be asked to accept it,” said Coldero.