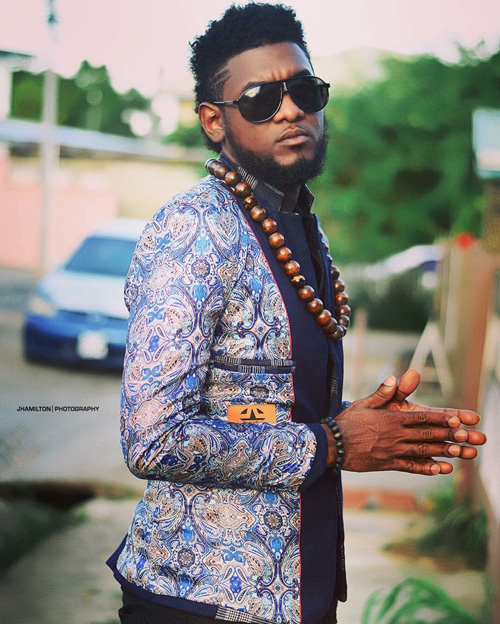 Photo: Lawless
Port-of-Spain, Trinidad. June 29, 2018 - There’s almost always a great story when Jamaican creatives team up with their counterparts in Trinidad and Tobago Undoubtedly two of the region’s most thriving entertainment hubs, the islands’ artistes have already proven their passion for delivering music that could be appreciated and enjoyed the world over. On the heels of Bunji Garlin, Konshens Fay Ann Lyons and Shenseea’s debut performance at the BET International awards show, there’s word that Jamaica and T&T are teaming up for even more musical excitement.
Shane Howell’s a fresh, yet highly respected producer and artiste out of Trinidad. In June, Howell, who’s also known by his sobriquet, Lawless, received the royal treatment in Jamaica when he traveled to shoot two videos for tracks on riddims that solely featured Jamaican artistes…well, except for him. One of the riddims, the ‘Mhm Hmm’ riddim, features the music of incarcerated dancehall heavyweight, Vybz Kartel- a track with the same name. “This is a huge honor for us because many more established Trinidad and Tobago artistes- dancehall artistes, have asked producers in Jamaica to be on riddims, and haven’t been successful,” said a rep for Howell’s management team, Ept Entertainment Limited. Howell and his team had become professionally familiar with the Jamaican production unit, Jones Avenue Records, having had soca tracks mastered by them. “They saw the quality of work being done by Lawless and invited him to be featured on the riddim,” explained the rep. The T&T entertainer’s track on the ridimm is called “Buss off” and a video for the single was shot in St. Catherine, Jamaica, last week.

Explaining that other Jamaican music producers and radio personalities have become interested in what Howell has to offer, the young artiste’s management team is doing what it has to, to ensure that every move is beneficial to all involved. “We’re extremely grateful for the love we’ve been receiving from everyone in Jamaica. Everyone has been really great and we’re excited to work on more projects in the future,” said Howell’s rep.
A second track, which was derived from a trip to Barbados in March this year, for a show with Jamaican dancehall artiste, Aidonia, is also receiving Howell’s attention while in Jamaica. A video for the track, which is called, “Man Evil” and features the writing and musical style of fellow Jamaican entertainer, Tanso, is being shot in Big Yard. The producer for the single is none other than Trinidad and Tobago producer and radio D, Shot Master J.

“Music bridges borders and really brings people together. As simple as these connections may seem to some, they’re not always easy to accomplish,” said the artiste’s spokesperson. Most recently, Jamaica and Trinidad and Tobago have fed off the musical energy of each other, with artistes like Nailah Blackman and Shenseea teaming up with undeniable synergy. Lawless too, has worked with Jamaica’s Charly Black in the past, delivering a single called, “Like Dat’, just last year.

A truly passionate, hard working musical mind, Lawless is also preparing to unleash his album on June 30th. It’ll be called, ’Divergent,’- certainly a title that’s perfectly suited to how he describes his music, persona and delivery, in an industry that is sometimes tough to prove one’s an exception rather than the rule.