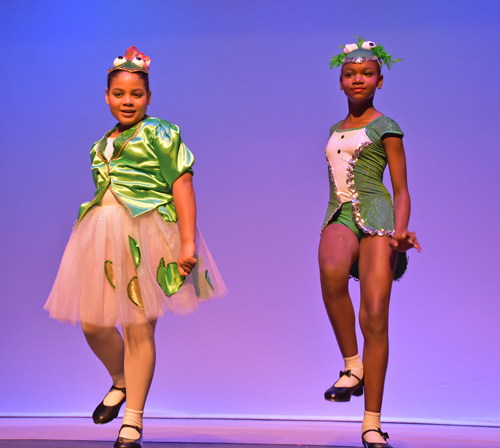 Photo:Students of Caribbean School of Dancing in a tap piece choreographed by teacher Cher-Yanick Best in Fantasy in Dance '15.Photo credit: Edison Boodoosingh
PORT OF SPAIN, 15th October 2018 The achievement of 60 years of excellence in dance is no fantasy for the prestigious Caribbean School of Dancing on Dere Street in Port of Spain. Generations of dancers have earned their formative years in dance through its hallowed halls and dance studios, many who have gone on to form legendary careers in local, regional and international dance.
As such, any concert debut of dancers from the school is a highly anticipated occasion for T&T audiences. This year, the school hosts its school showcase in a concert entitled Fantasy in Dance’18, which will open at the Lord Kitchener (Aldwyn Roberts) Auditorium, National Academy for the Performing Arts (NAPA) on Thursday 25th October and will run until Sunday 28th October 2018. All shows begin at 6:00pm sharp.
Having celebrated its 60th Anniversary in 2017, Caribbean School of Dancing is proud to take the stage for yet another year as it strives to continue in its legacy. The school offers several classes across age ranges from 3.5 years old to young adults, and offers a fully qualified staff teaching Ballet, Modern, Jazz and Tap dance.  Fantasy in Dance’18 will showcase the school’s talents from its Beginners, to its Advanced students in four newly choreographed works.

Photo: Junior ballet students at Caribbean School of Dancing in Sweet Dreams choreographed by Bridgette Wilson for Fantasy in Dance '15.
This will be Caribbean School’s first school show since the appointment of its new Principal, Bridgette Wilson. Wilson, who holds a MA in Choreography from Trinity Laban Conservatoire of Music and Dance, was appointed the school’s principal in October 2017. Her work with the school’s show usually consists of choreographing the junior ballet with the school’s youngest students.
This year, she spreads her choreographic skills over a much wider portion of the school, co-choreographing with senior teacher Carol Yip Choy alongside teachers Terry Springer and Cher-Yanick Best to bring to the stage their interpretation of Disney’s Moana. From young to old, Wilson has also choreographed the school’s senior ballet, an original work featuring costume designs by Ronald Guy James. Island In the Sun explores the natural beauty of Trinidad through classical ballet movements and has been inspired by the work of Patricia Roe; a recently retired teacher of the school for 50 years as well as a past Principal and local dance icon. 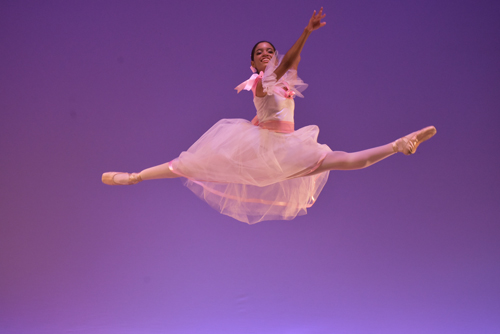 Photo: Advance student Anna Maria de Freitas in the senior school ballet Progressions choreographed by former Principal Joanne Decle and senior teacher Michelle Mose.
Returning for the celebration is past teacher, Gillian Merry. Born in England, Merry moved to Trinidad with her husband in 1995 and began teaching at the dancing school. She introduced the Modern Theatre, Jazz and Tap styles of dance as taught by the Imperial Society of Teachers of Dancing - a British examination board.
Throughout earlier instalments of Fantasy in Dance, Merry merged North American and European dance with ideas and inspirations rooted in Trinidad; tap dancing red crabs, jazz dancing cocoa and immortelle trees and even blending the rhythms of Kathak and tap dance. Her work continued as she got involved in the school’s company, Metamorphosis Dance Company, and she and master drummer Everard “Redman” Watson, fused their talents to reinvent the experience of a J’ouvert morning in the energetic “Drum Tap Jam.” Mrs. Merry, who has been mounting her new choreography via skype (and through the constant sharing of video footage), will present Christmas Delights as she recalls her fondest memories of Christmas in Trinidad.
Fantasy in Dance ’18 opens at NAPA on Thursday 25th October and runs until Sunday 28th October. Tickets are available at the school’s office at 2A Dere Street, Port of Spain, open Monday-Friday from 8:30am-6:00pm. Tickets are also available at NAPA’s Box Office. All tickets cost $150 and all shows begin at 6:00pm sharp.
Photo credit: Edison Boodoosingh