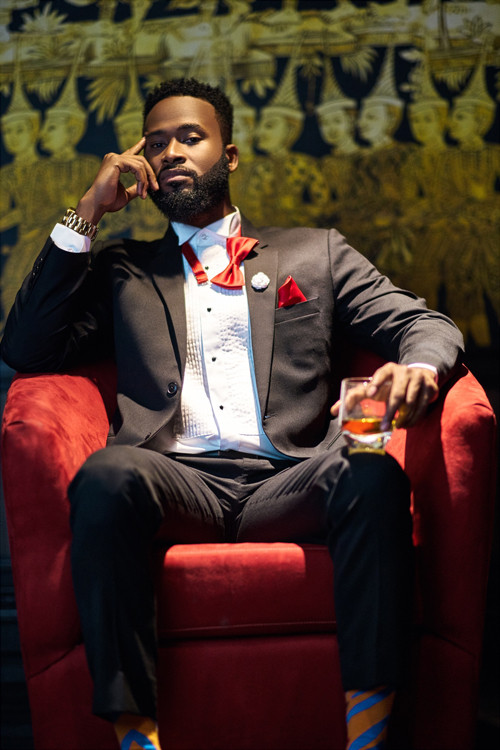 This weekend the general public is invited to celebrate 30 years of life with one of the funniest men in Caribbean social media and live entertainment today - Rodell Cumberbatch more popularly known as 'Ro'dey' The entertainer.
From 9:30 p.m., this Saturday 1st December 2018 at Club Siam Nightlife, 13 Queen's Park East, Port of Spain, the man behind the jokes will put himself in the line of fire for a Comedy Roast of epic proportions. For this Comedy Roast, Ro'dey will be subjected to jokes from a selected panel of comedians and local celebrities called the 'Roasters', in order to amuse and entertain the gathered audience.

Since forging his start in online entertainment three short years ago, Ro'dey has brought laughter and positive messages to thousands of followers across Trinidad and Tobago, the region and internationally. As a young entrepreneur, he has created an impressive content eco-system around his brand, which has grown considerably from online viral comedy videos. Not only does the brand comprise webisode video content, but Ro'dey's range of talents extend to singing, music production, film directing, radio talk show hosting, live event appearances, event hosting, as well as an upcoming comedy television series currently in the works.

Easily dubbed the hardest working man in entertainment today, this Saturday Ro'dey will celebrate his rewarding effort with a grand birthday bash and Comedy Roast open to his die-hard fans and new followers and fellow citizens. The comic will find himself on the receiving end of witty ‘piccong’ and jokes from some of the best and up-and-coming funny people in the business.

The evening's Roast Master and host will be radio personality Aaron Fingal with the roasters including some familiar and unexpected names. Reigning Chutney Soca Monarch Neval Chatelal, is known for his beautiful vocals, but this Saturday, his melodic voice will be applied to comedy gold in roasting Ro'dey alive with extra spice. Radio personality Tommy Shmurda with Soca star Jaiga will be bringing the scandal and the best of the roasting art form. Upcoming comedy Queen, Simmy de Trini will set the birthday bash on fire with her genius comedy skills. Medal-winning, T&T sportsman Andrew Lewis will come to sail away as the winner of the roast, along with social media comedic talents such as 'Crazy Legs' and viral sensation 'Keevo'.

The roast will take place from 9:30pm – 11:00 pm, with listed ladies and gents entering before 11:00 p.m. paying only $100 and $120 on entry respectively. After 11:00 p.m. all entry will cost $150. After the comedy roast, the birthday bash will continue with an after party featuring top DJs and surprise music performers and entertainers. To be listed, email: rodeyroast@gmail.com.