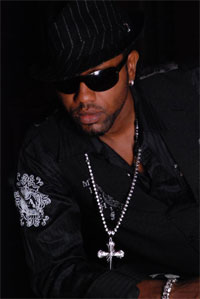 International Reggae artist Da’Ville has done it again!  Originality is definitely not a problem for this artist when it comes to writing his music!  As his songs continue to climb charts, and gain fans around the world, Da’Ville’s newest singles, “Missing You Right Now”, and “Never Gonna Cry” are popping up on media charts, playlists, internet radio stations and blog sites around the world.  “Missing You Right Now” presently holds the #1 spot on the RE Top Reggae Chart, #1 on the Shanty Vibes Chart (based in the Virgin Islands), #1 on Richie B’s “Hot Mix” top 20 Reggae singles on Hot 102FM and #3 and #2 position on the New York and South Florida charts respectively, as well as a chart presence on Hype TV in Jamaica.  It has also been recently added to several playlists in Hawaii.

“Never Gonna Cry”, on the Fashozy Riddim, has been proclaimed by several critics to be a summer smash hit, and has begun to place well on several charts Radio Helsinki in Scandinavia, and the Black Echoes radio show with JP and Miss Pat out of Ireland.

Fashozy Records Inc., has also released the “Missing You Right Now” video, directed by Ashani/Asha of Fareye Productions.  It has been distributed to all local and major television networks, as well as websites.  Voters can log on to the website at www.reggaetelevision.com and place their votes for the video.

“I have so much more in store for my fans,” says Da’Ville.  “My new album is going to be crazy, they’re going to Love it… Fashozy!”

On the horizon for Da’Ville, who hits the road to promote his upcoming album and singles, are performances in Dominica on May 2nd and 3rd, a special guest appearance in New Jersey on May 8th, and an up close and personal performance in Boston on May 9th for Mothers Day!  Currently in the studio, Da’Ville is putting the final touches on the new album for VP Records Imprint set for an early summer release!