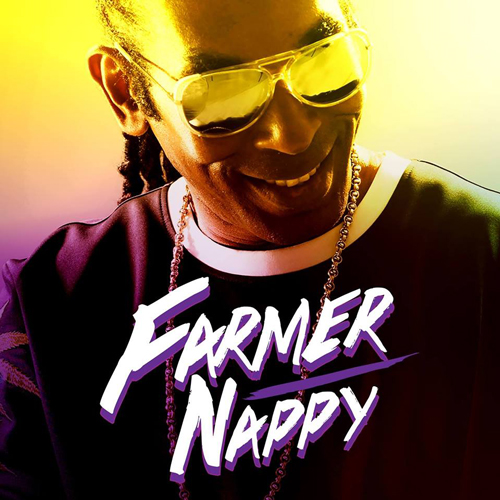 Trinidadian singer/songwriter Darryl “Farmer Nappy” Henry celebrates his 30th anniversary in the soca music industry with the release of his second major studio album, You Make Me...Surrender, on February 21, 2012. Spending most of his career playing an integral role in soca star Machel Montano’s ‘HD Band,’ Farmer stakes his claim as an international solo act with two smash singles from his new album, “Surrender” and “You Make Me.” Both tracks brought him acclaim and fanfare in the 2012 Carnival season in Trinidad.
Known for his signature groovy flows, Farmer Nappy scored his breakout hit with “Chippin’”(With Meh Own Woman), five years ago. Composed in Trinidad and produced in Barbados by De Red Boyz, "Chippin’" became a mega single within the global soca community.

Building his repertoire as an instrumentalist and songwriter with the Xtatik band (Montano’s former band), Farmer Nappy formed a brotherly bond with lead singer Machel Montano, which goes back to the inception of Panasonic Express, the younger boy-band. At the tender age of seven, Farmer embarked on his musical journey by playing percussion in the young band, which later grew to be Xtatik.

As the band evolved, Farmer emerged as an award-winning, multi-talented songwriter. He wrote and co-wrote some of the biggest hits in Xtatik's catalog. He dipped his ink in numerous recognizable hits, including “Big Truck,” “Music Farm,” “Tayee Ayee,” “Crowded,” “No Carnival”, “UFO,” “Big Phat Fish,” “Low Riders”, “Water Flowing,” “Junkyard” and “Granny,” just to name a few. Farmer won the award for "Best Songwriter" in 1998 for “Footsteps,” which also won "Road March of the Year.”

Following Carnival 2007, Farmer co-wrote “Chippin'” (with Margaret “Ginger” Alexis), and brought it to Barbados to be produced by De Red Boyz. During
September 2007, he took a short break from touring to co-write with soca star Kevin Lyttle. He co-wrote three songs, “Come See Me,” “Fyah” and “Party Wid Me.” In preparation for Carnival 2008, “Chippinʼ” was remixed to feature Jamaican reggae icon Anthony B. It went on to win “Groovy Song of the Year” at the 2008 COTT Awards in Trinidad, and was also nominated for “Song of the Year.”

Farmerʼs first release for Carnival 2009 was “Belly Dancer,” which was produced in Barbados by band mate Darien Bailey, and Kevin Marshall. During Carnival, “Belly Dancer” was the only soca song to be listed on the top 10 music charts in Jamaica. Farmer teamed up with another band mate, Dwain “Dwaingerous” Antrobus, to produce his Crop Over hit single, “Go Brave,”
later that year.