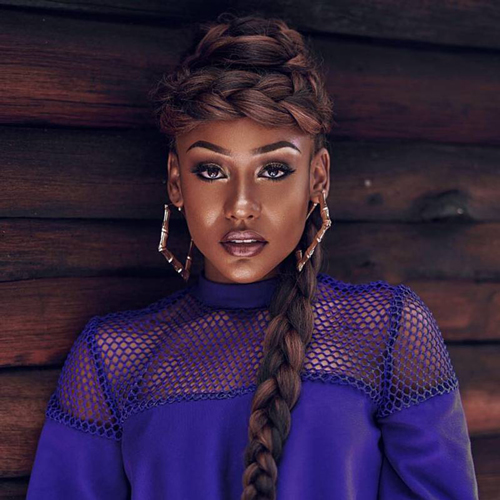 Nailah Blackman is taking Trinidad & Tobago, the Caribbean and the World by storm. Nailah is born in music, music is part of her DNA.
Daughter of well- known Trinidadian Calypso Artist Abbi Blackman, and Granddaughter of the late Ras Shorty I, the founder of Sokah Music and the related genre Chutney Sokah.
With this ancestry in Sokah royalty, Nailah has been immersed in music her entire life and is an accomplished musician not only classically trained in voice but also in various instruments including the guitar and keyboards. Nailah is also a prolific songwriter and composer and continues to write and compose her own songs.

2017 has been her break out year with 3 mega hits back to back including “Work Out” featuring Kes the Band, with over eleven million views on YouTube.

She closed off 2017 on a high note celebrating her 20th birthday on December 2nd, launching her first EP “Sokah” and her live band by the same name. The concert was a huge success and brought together some of the most talented upcoming Trinidad artists.

In total she has combined over 30 million views on youtube, placing her in the top 5 of most viewed artists in Trinidad & Tobago.

If 2017 was her break out year, 2018 is the year Nailah Blackman stamps her name as a force to be reckoned with in the music industry globally. Bookings are flowing in from North America to Europe, Latin America and the Caribbean. She is currently booked every weekend until the end of October.

In total she has combined over 25 million views on youtube, placing her in the top 5 of most viewed artists in Trinidad & Tobago.

In 2018 the awards and achievements are flowing in:
Nailah was nominated as Best New Soca Artist for the Your View Awards 2018 in Jamaica.

Nailah showcased at SXSW in March 2018 and her song “O Lawd Oye” was selected as the top 10 songs to listen to by npr.org.

Nailah’s song “Baila Mami” was nominated and won Groovy Soca of the Year Female at the 2018 International Soca Awards in St. Lucia.

Nailah was recently interviewed on the set of The Stream, Al Jazeera’s live stream show viewed by over 300 million households across the world.