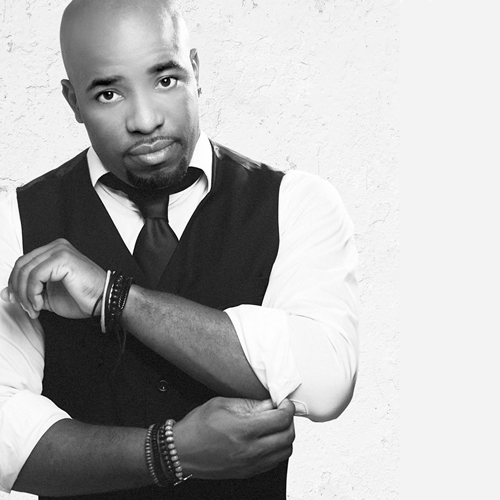 Born in Castries, Saint Lucia to a deeply spiritual home, Teddyson John started his musical journey at a young age, nurtured in the church. In 2007 he made a move from Gospel and R & B to Soca, taking his career to another dimension. This move earned him the Groovy Soca Monarch title in 2015 putting him on an international map that made him become a household name, locally, regionally and internationally.

Childhood
TJ grew up attending church regularly, fuelling his natural musical gifts; from a tender age he undertook responsibilities as lead singer in the church then moved to leading the church choir. During this period, he developed a passion for drumming, percussions, bass guitar and the keyboard, which he relentlessly pursued and eventually mastered on his own.

Allez
It was 2015 that became TJ’s game changing year after a decision to produce music with inspirational content and style, that the creole titled banger, Allez, was born. A song with a positive message on approaching life’s challenges. It quickly grew on everyone, cementing itself as an anthem internationally in the USA, Canada and the UK on the airwaves, at parties and through live performance.

Allez’s fame on the 2016 carnival scene went on propelling him to the finals of the 2016 International Soca Monarch Competition hosted in Trinidad & Tobago. Since then TJ has been soaring the skies of stardom living his dream, creating music to share with the world through song. October 2nd The International Reggae and World Music Awards bestowed the award for Best Calypso / Soca Entertainer to TJ, an accomplishment, which he and his country of birth, Saint Lucia are most proud of.

Musical Career
His performances and vocal prowess over the years created a paradigm shift in Saint Lucia’s entertainment scene. TJ continued to excel in studio and on stage with a catalogue of hits wooing fans and supporters locally and beyond our shores. His efforts and hard work started paying off when he continuously earned himself a deserved spot on the same stage with world -renowned acts, at the then Saint Lucia Jazz Festival. He opened for Main Stage acts namely Luther Vandross, Patti LaBelle and George Duke (2001), John Legend And Michael Bolton (2007), Air Supply, New Edition and Keith Sweat (2008).

In 2007, TJ made a bold decision to step out his musical comfort zone of gospel and R & B and embraced the soca music genre, where he was crowned Saint Lucia’s first ever Groovy Soca Monarch. Things changed a bit when in 2009 he headlined at the Saint Lucia Jazz Festival, as part of a group called, Men of Soul. Side by side he crooned with Jeffery Osborne, James Ingram and Bebe Winans backed by George Duke and his all-star band. In 2010, TJ alongside his handpicked local band, opened the Saint Lucia Jazz Festival for R & B artist Ne-Yo with Brick & Lace as part of his set. In 2014 and 2016 he earned spots back at Main Stage at Saint Lucia Jazz and Arts Festival performing along stars Omi, Shaggy, Barrington Levy to name a few.