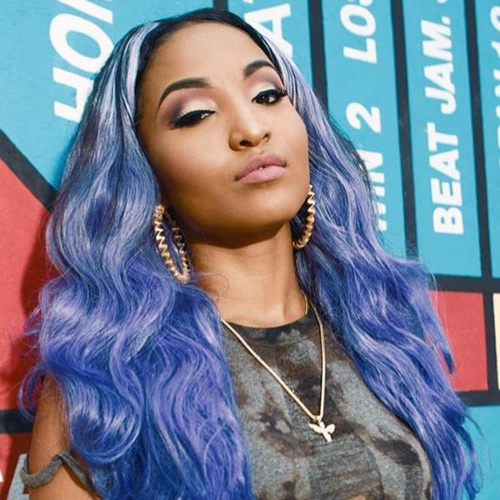 Chinsea Lee (born 1 October 1996) popularly known as Shenseea is a female Jamaican dancehall artist. She is of Korean and African descent. She grew up in St. Mary. Shenseea was a promo girl until she was signed by Romeich entertainment.
After remixing well known Vybz Kartel’s song "Loodi" and performing on a side stage at Reggae Sumfest in 2015, she took the main stage in 2017 as her notoriety grew she toured internationally. She received corporate sponsorship deals from telecom firm Flow and Pepsi-Cola Jamaica sponsorship as a representative of their ginger flavoured soda in Jamaica.

At the 2016 Youth View Awards she won Young Hot and Hype Artiste; Break Out Celebrity of 2016, and Collaboration of The Year for her song "Loodi" with Vybz Kartel which has been her most successful song to date.

In additional to dancehall she has shown skills freestyling as a rapper. She teamed up with Sean Paul for the 2017 single "Rolling" and on a leg of his 2017 European tour.

She has also worked with Tommy Lee.

She was featured on Christina Aguilera's 2018 album Liberation, in the song "Right Moves".