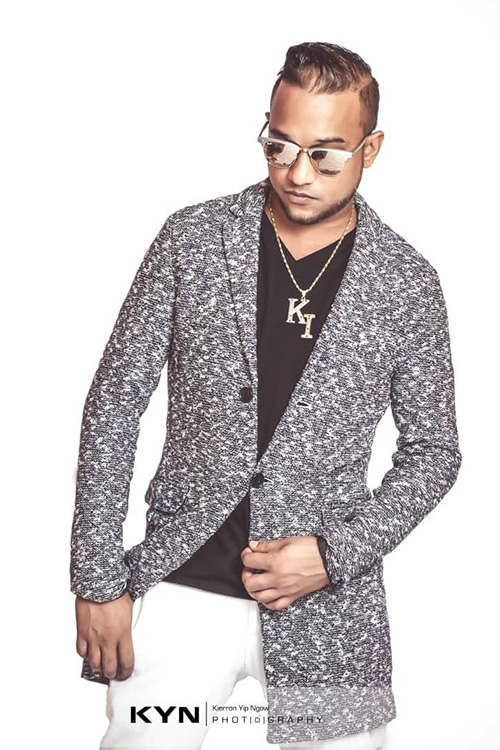 Of great notice is main frontliner KI (Kris Veeshal Persad), who is a most talented, effervescent, and promising crossover artiste, and who has proved that he can compete with the best in the Soca and Chutney business. His professional and affable demeanor as well as his ability to blend his talents as a band leader, musician and singer providing top class entertainment certainly is an inspiration to young people and to those up and coming artistes.
Son of Trinidad’s established keyboardist, band leader, & producer Veerendra Persad, KI started his entertainment career as a keyboardist at the tender at age 7. He competed and won the very first “Children of Mastana” competition and shortly thereafter migrated to Canada where he spent his formative years concentrating on his Academics and Studying Music.

KI continued to display his commitment and dedication to the band and was given the opportunity to be lead musician and producer for JMC 3veni. He used this experience to produce the band’s last 5 albums, and collaborated with Madmen Productions in producing the massive hit “In Front Of Meh” by Umi Marcano, formally of Machel Montano’s “HD.”

Entering the Chutney Soca Monarch for the first time in 2010, KI placed 4th with the successful hit “Catch Meh Lovah (Sunita & Nadia)”. Last year, his scintillating performance at the 2011 Chutney Soca Monarch Competition saw him place 3rd with his song “No More Rum Again” with over 10,000 votes. He has since then became the most requested Crossover Artist at Major festivals/carnivals worldwide.
2011 was proven to be a record breaking year for KI, as he was asked to be the opening act for Machel Montano’s Return Concert in Manhattan, New York. He thus became the first ever Crossover Artist out of Trinidad & Tobago to perform at the world renowned Madison Square Garden alongside his band Jmc 3veni.
In 2012, KI went on to win the competition, becoming the youngest ever Chutney Soca Monarch, with his massive hit single “Single Forever.” He was crowned as he earned over 36,000 votes in a text to win system. In this same year, he’s already been awarded Chutney Soca Artist of the year (IRAWMA,) Song of the Year & Entertainer of the Year at the Chutney Soca Awards, A National Award for Chutney Soca presented by Njac endorsed by President George Maxwell Richards.

Upon concluding a successful carnival season, he has been touring the world with his band, once again performing in the major Carnivals around the world. KI now continues to tour throughout the Caribbean, North & South America, and Europe, promoting the fantastic music and culture of Trinidad & Tobago.