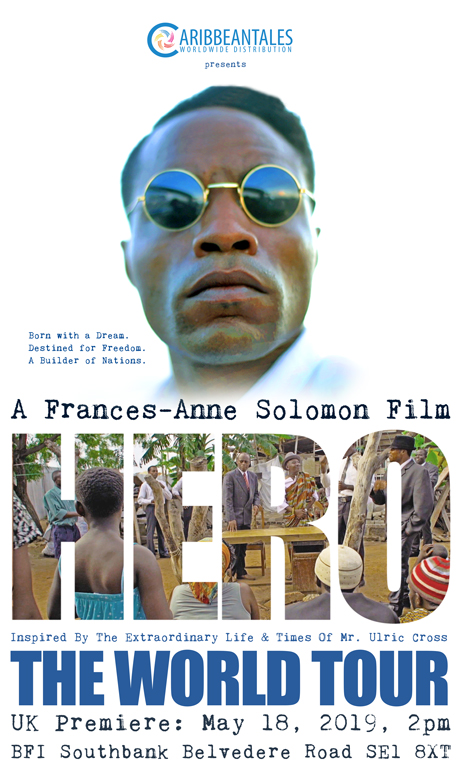 West Indian Hero Ulric Cross whose life is documented in the film HERO, would have celebrated his 102nd birthday on Wednesday May 1st. HERO will have its UK premiere at the BFI Southbank on Saturday 18 May 2019, as part of their African Odysseys series.
African Odysseys is an ongoing series at BFI Southbank, featuring films, onstage discussions, previews and educational events by and about the people of Africa and its diaspora.  The award winning HERO will be one of the main films at this month’s screening.

David Somerset, BFI African Odysseys Programmer says, “BFI Southbank’s African Odysseys series offers audiences a cutting-edge film programme, one which fosters engagement with the African and African Caribbean community as well as film lovers who come to BFI Southbank. HERO is a wonderful example of how film can bring to life key historical figures and illuminate our recent, shared history.”

After the war Ulric was recruited by fellow Trinidadian George Padmore, one of the architects of Pan-Africanism, to travel to Ghana to help Kwame Nkrumah in his work to unite Africa’s emerging nations. During his 15 years in Africa, he served on Ghana’s Crown Council, was Attorney General in Cameroon for which he received two awards from the Cameroon government.  Cross also worked in Tanzania and Dar Es Salaam before returning to Trinidad where he served as a High Court judge and later posted to London as Trinidad and Tobago’s High Commissioner to the UK.

Following its premier at BFI Southbank, HERO will be taken across the UK as part of  the 71st Windrush celebrations in June.