VP Records Web Show "ON THE RIDDIM" Has Launched! 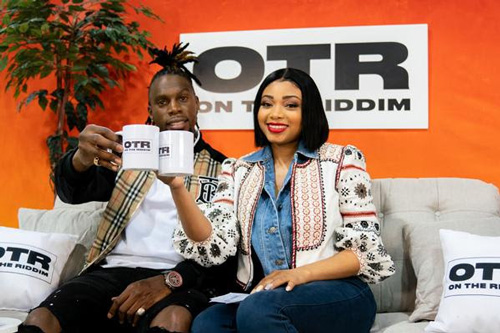 On The Riddim (OTR) is a monthly series, highlighting the best of VP Records. From recent album releases, videos and events; viewers will be taken on a journey every episode.
2019 marks the 40th anniversary of VP Records, the world's largest reggae and soca label in the world. Paving the way for many legendary reggae artists, the label has become an icon in the reggae music industry. To further enhance this status, On The Riddim, the series, aims to create a visual community for current and new fans alike to stay on top of the label's recent news, while immersing into the culture with fun facts and interviews with artists.

The Web show wouldn't be complete without vetted hosts that were selected for their expansive knowledge of Caribbean music and their media experience. Main female host, Queen Bremmer is a Jamaican born journalism graduate, former host of Reggae King Radio's All Tings Dancehall and blogger. Lead male host, Kevin Crown, is a Grenadian International DJ born and raised in New York City, best known for his show on 93.5 FM and appearances on Sirius XM's Shade 45, NY's Power105, PIX11 Morning Show, and Jamaica's Hot102FM and winner of DJ of the Year in 2014 by the 8th Annual Young Gifted & Black Entrepreneurial Awards.