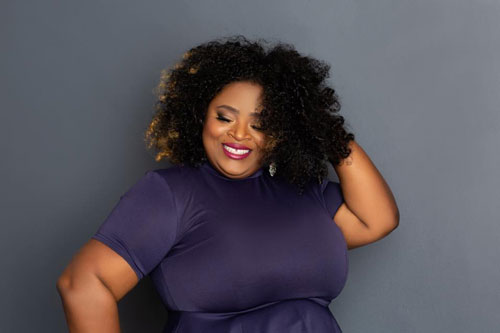 The inspiration behind the aptly titled ‘Suitcase of Dreams’ began over 20 years ago when Hazell literally packed a suitcase as an eager, teenaged island girl and first migrated to the United States in hopes of a better life.

The book explores the growing pains she suffered as a new Caribbean immigrant adjusting to life in the fast-paced first-world climate which would set her on a path of emotional challenges. These challenges included dealing with family members’ deaths, the difficulties of single parenthood, battles with chronic depression, stagnation, anxiety, paranoia and a lack of coping mechanisms for several ordeals which would eventually push her to the verge of committing suicide.

This self-authored, literary labour of love also highlights Hazell’s ability to overcome the odds, turn her circumstances around and move from a life of despair into one of achievement. Through strength, appropriate treatment and what can only be described as a divine intervention Hazell was able to rise like a phoenix blazing a trail upwards to success. 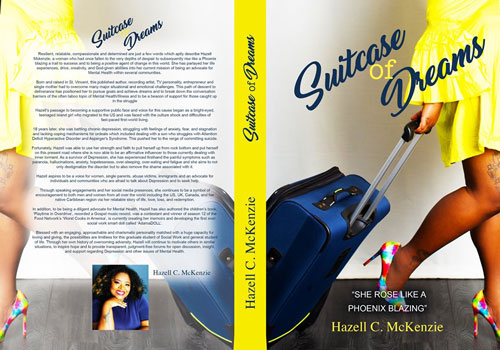 Photo: The book explores the growing pains she suffered as a new Caribbean immigrant adjusting to life in the fast-paced first-world climate which would set her on a path of emotional challenges.
More than just a coffee table book, ‘Suitcase of Dreams’ offers readers a thought-provoking yet poignant look into the life of a very-relatable human being. The book is positioned to appeal to many persons from different walks of life (not only those who suffer or may have suffered from any sort of mental illness).

Regarding the book, Hazell, who starred in season 12 of the Food Network’s reality show ‘Worst Cooks in America’ shared, “I want to touch many lives through the various experiences outlined in this book. Everyone from immigrants who are struggling to assimilate into a foreign culture and single mothers who are caught up in the struggle to anyone who may be battling with depression, anxiety, PTSD and suicide ideation.”

She continued, “I want them to know that the burden they carry or the pain they mask is just temporary and with perseverance, hope and the right coping tools deliverance is possible. I am a living testament of this.”

‘Suitcase of Dreams’ will be released in hard copy and E-book on November 5 th , 2019 on Amazon. Pre-order the E-book now via: www.amazon.com/Suitcase-Dreams-Hazell-McKenzie-ebook/