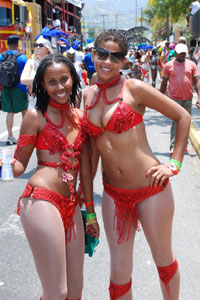 With 11 weeks of exciting events, soca fans at Bacchanal experienced one of if not the best series of shows in Jamaica.

Tuesday April 21; Kingston, Jamaica: With over eleven weeks of excitement culminating in a hyperactive and colourful road march, it had to be Digicel. Bacchanal 2009 in association with Digicel came to a colourful end on Sunday when droves of Jamaicans from all walks of life came out to participate and watch what was a tremendous spectacle.

The route from Mona Road through Half-Way Tree and ending at Mas Camp was covered with patrons who at times took part in the excitement. There was the usual carnival atmosphere with Pan Chicken men distributed at various spots en-route while people perched on various roof tops sought better vantage points.

Dubbed 'Bacchanal Gone Hollywood', the costumes of the revellers manifested the movie themes that have attracted so many to Mas Camp on Friday nights. Lead by the Digicel Moulin Rouge troupe there were bands such as La Dolce Vita, Pocahontas, Showgirls, Troy, Casablanca, Stardust, and Vegas Guys and Dolls. 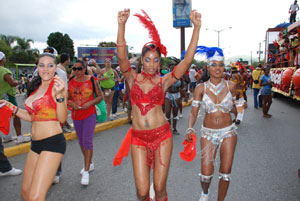 One onlooker was quite excited about being able to take part in such a tremendous feat of beauty and organisation.

“I never miss carnival and this year was one of the best ones I have been to in my six years. I even went to every one of the Friday night shows at Mas Camp and it was amazing.”

Continuing with the theme of quality entertainment in a safe environment, Shelly-Ann Curran Senior Sponsorship Manager at Digicel spoke of Digicel’s satisfaction at being part of Bacchanal 2009.

“It was bigger and better this year and we were able to touch a large number of our customers, Downtown Carnival was spectacular and we upped the ante for the road march which saw so many Jamaicans coming out. We are glad to have given this experience to our customers” 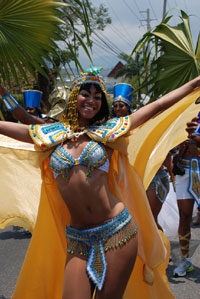 Over the past six years Digicel has continued to contribute to the development of quality entertainment and cultural activities in Jamaica. With 11 weeks of exciting events, soca fans at Bacchanal experienced one of if not the best series of shows in Jamaica. The weeks saw performances from the likes of Alison Hinds, Destra Garcia, Imij & Co. and ‘Ms Saucy Wow’ herself Denise Belfon all performing on the Bacchanal stage. Patrons at Mas Camp were also very excited by the prizes and surprises that were on offer. Several lucky patrons won the new Digicel Blackberry Flip and hundreds won thousands of dollars worth of call credit while spinning the Digicel wheel.

With Bacchanal 2009 being such a success there are high expectations for the 2010 season and one thing is for sure; Jamaica’s Bigger Better Network will be there. 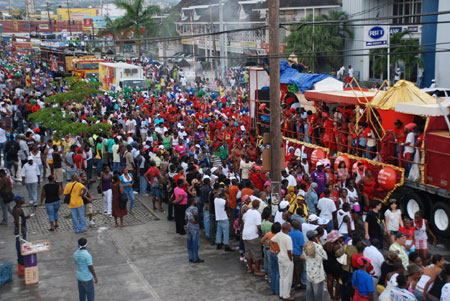