Skinny Fabulous Bent on Unifying the Caribbean with Soca. Teams Up With Machel and Iwer for C2K20 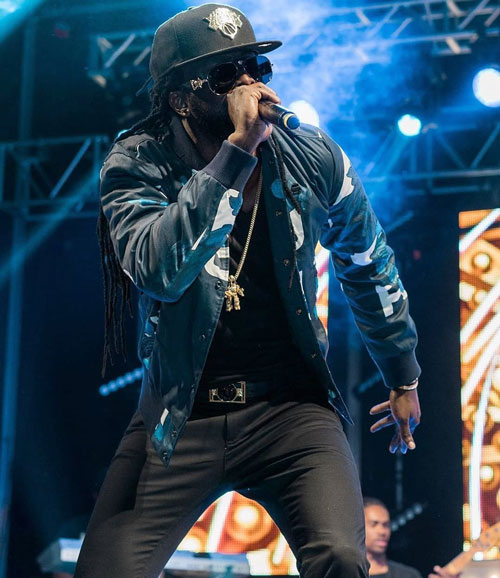 Photo: Skinny Fabulous, real name, Gamal Doyle, continues to represent St. Vincent and the Grenadines with his unique yet powerful style of Soca.
Port-of-Spain, Trinidad. January 21 st , 2020 - The party doesn’t start until St. Vincent’s Skinny Fabulous ultimately makes his presence felt in Trinidad and Tobago, and that he has. A few days ago, like a bombshell, Skinny’s voice echoed along with Machel Montano and The Boss Neil Iwer George, on a new collaborative single that’s already causing a stir. The track? “Conch Shell.”
Last year, like magic, Skinny Fabulous, one of St. Vincent’s foremost entertainers, stole the spotlight in Trinidad and Tobago’s Greatest Show on Earth, equipping fellow Soca stars, Machel Montano and Bunji Garlin with a song they’d eventually cop the Road March title with. ‘Famalay’, a track written by Skinny and one that he also sings on, is now a part of the history books. Last year, post T&T Carnival, the artiste toured the world, performing the hit single with and without his brothers in music. From the US to the UK, across the Caribbean and other parts of the world, Gamal Doyle dominated at fetes and stole the hearts of soca lovers everywhere. “There are no words to express how I feel following the success of the last year. All I can say is that there is strength in unity,” he said. He’s a firm believer in the concept of one Caribbean people. As he moves to invade another Carnival in Trinidad and Tobago, Skinny is eager to give fetters exactly what they want. 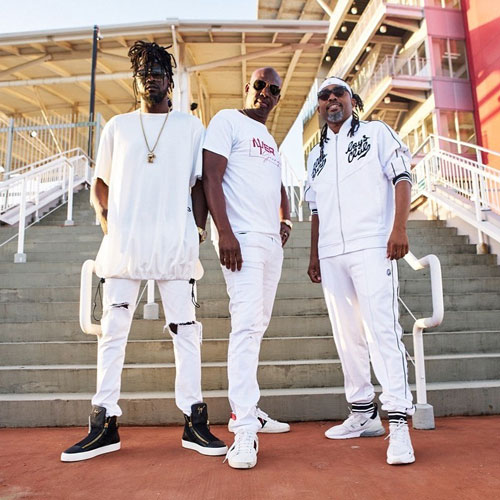 Photo: The artist teamed up with Machel Montano once again in 2020, but roped in Iwer 'The Boss' George for a collaboration that's already causing mayhem at fetes in T&T.
“As an artist, what many see as seasonal, I view as a year-round opportunity. I am always eager to get into the thick of the action in Trinidad and Tobago, because this is where it all starts, every year,” said the man who often refers to himself as the skinniest man in Soca. His physical stature, while minimal in weight is made up for in height and a powerful stage show. “I come through just to bring the vibes, each and every time” he said with a laugh, telling of plans to bring crowds into a state of pure frenzy this season when he delivers songs like, ‘Up and Up,’ ‘Naked’, ‘Soca Trend’, ‘Bacchanal Army’ and ‘Hold On’ with Team Foxx. Of course, his latest release with Machel and Iwer George is likely to be the ultimate crowd pleaser in 2020. “When we hit the stage, it will be nothing short of mass hysteria,” assured Skinny, and that it has. He knows the power of the entertainers he’s teamed up with this season much like he did in 2019. “These collaborations are all aimed at one thing. There is unshakeable strength and power in unifying the sound, the artistes and the talent. What we give to the people will be reciprocated in the energy at every fete we hit,” he said. 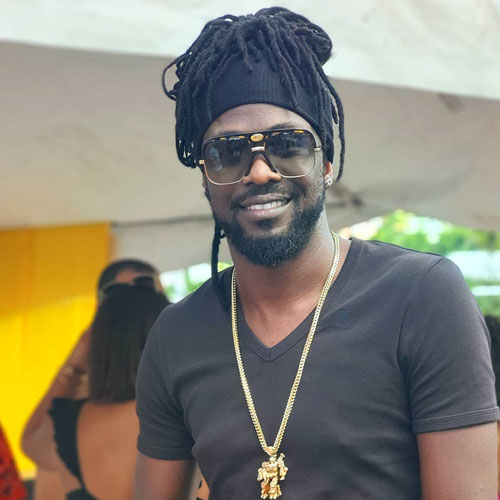 Photo: Skinny Fabulous has enjoyed a post carnival 2019 season that saw him travel to numerous destinations and even perform aboard the highly touted, Uber Soca Cruise.
Skinny Fabulous believes in unifying people not just in the Caribbean but even outside of the traditional Soca markets. “We have a unique sound in this thing called Soca music. The vibration of our sound exudes pure bliss and that’s something anyone, no matter their cultural background, will feel and acknowledge. We’re going to make the whole world happy with this music, just watch!”

Skinny is set to wow fans at his exclusive event, ‘Fam Jam’, on February 13 th at Estate 101 in Trinidad. “I love the people of Trinidad and Tobago and I can’t wait to entertain them again this year,” he said. It’s his second event in T&T, with plans to keep the momentum going for many years to come.

He encourages everyone to keep abreast of his every move by following him on Instagram and all other social media platforms @skinnyfabulous.