Caribbean Immigrants Will Be Able To Identify Origin For First Time On U.S. Census Form 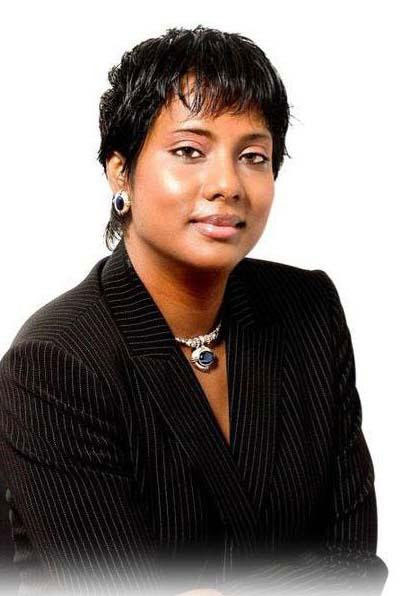 Photo: Felicia J. Persaud, founder, CARIB ID
CaribPR Wire, NEW YORK, NY, Tues. Jan. 21, 2020: For the first time in the history of the U.S. Census, persons from the Caribbean region and those with roots there will now be able to write in their nationality or ancestry on U.S. Census form this March, thanks in large part to the vision and fierce advocacy of one Caribbean immigrant.
Twelve years after the Carib ID lobbying movement started by Caribbean entrepreneur and advocate Felicia J. Persaud begun, Caribbean immigrants and those with Caribbean ancestry will for the first time be able to self-identify on US Census forms while still identifying with the race group they choose.

The option comes following an intense lobbying effort started Persaud in 2008 for better self-identification for Caribbean immigrants in the U.S. on Census forms. A congressional bill, a US Senate bill and over a decade of advocacy, the choice is here.

Now for example, under the category “Black or African American” on Census forms, black Caribbean nationals will now be able to choose the race group while writing in for example Guyanese, Jamaican, Haitian etc. while those who identify as Asian or another ethnic group will also be able to do the same.

Persaud called the 2020 from the Census a “progressive” resolution to the problem of lack of self-identification for Caribbean immigrants on past forms and now hopes that those from the region who live in the US and those with Caribbean roots will take full advantage of counting themselves present in this Census.

“Data on Caribbean nationals in the US is currently sparse based largely on the fact that this bloc has had no previous opportunity to self-identify in the past but have been lumped in with the African American, Asian American or Other communities,” said Persaud. “Hopefully this goes a long way in making sure we count in 2020 so we can receive the respect we deserve as a huge economic and political bloc in this country and our communities and businesses that have been dismissed because of a lack of economic data, can begin to thrive. Let’s stand up and be counted.”

The Census is conducted every 10 years and is required by the U.S. Constitution. The census provides critical data that lawmakers, business owners, teachers, and many others use to provide daily services, products, and support for you and your community. Every year, billions of dollars in federal funding go to hospitals, fire departments, schools, roads, and other resources based on census data.

The results collected once a decade, help determine how billions of dollars in federal funding flow into states and communities each year.

The results of the census also determine the number of seats each state will have in the U.S. House of Representatives, and they are used to draw congressional and state legislative districts.

The current forms redesign was based on a 2015 NCT research on race/ethnicity aimed at improving the question design and data quality for race/ethnicity, while addressing community concerns over the past several years, including the call for more detailed, disaggregated data for the diverse American experiences, Census officials have said.

Persaud says she hopes Caribbean immigrants will now ensure they count and not give into fear. She reiterated that the data collected by the Census bureau are used only to produce statistics and by law, the Census Bureau cannot release any identifiable information about you, your home, or your business, even to law enforcement agencies so your immigration status is fully protected under Title 13 of the U.S. Code.

The US Census kicked off its 2020 national promotional campaign this week ahead of Census Day, April 1, 2020. The 2020 Census counts the population in all 50 states, the District of Columbia, and five U.S. territories – Puerto Rico, American Samoa, the Commonwealth of the Northern Mariana Islands, Guam, and the U.S. Virgin Islands. Each home will receive an invitation to respond to a short questionnaire – online, by phone, or by mail by mid-March