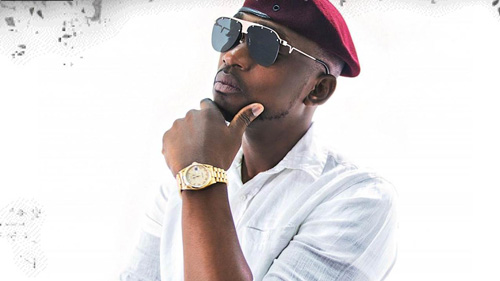 Pictured: Busy Signal
January has been a great month for Dancehall star Busy Signal! He was the first ever artist to represent his genre on the segment Street Soldiers hosted by journalist and radio host Lisa Evers. The segment was aired on New York’s FOX 5 on Friday (January 17th), appeared on the television stations website and featured on the world famous HOT 97 FM in New York.
Speaking on the topic of cultural appropriation or appreciation, Busy made it clear that it is good when people from other backgrounds sample the distinct sounds of Reggae. “It’s appreciation for me. It gives us more exposure … for the culture and the genre.” Busy’s reasoning was well received by Evers who made sure the artists views were seen by millions of New Yorkers on the evening news. Fans took to social media to say they agree with the artists views.

Creating more history with the FOX family, Busy is the first Reggae artist to appear on the newly formed FOX Soul – a platform that focuses on the music of artists who are positively impacting the music landscape with their art. Of this compliment Busy said “I’m happy that my music is reaching even more people. It’s a blessing. I will continue to make positive music for all listeners around the world.”

In addition to Busy, Bobby Konders, host of the radio program Fire Sundays (airs on HOT 97), and A&R Richard ‘Shams’ Browne appeared on the program. After the show, Bobby shared his sentiments about Busy saying “there is no going around how talented Busy Signal is, nor his versatility. He’s one of the few artists who adapts to all genres and gets hit records from them.”

Busy’s EPIC performance at the GRAMMY Museum in New Jersey on Thursday (January 16th) is still the talk of the town!

Produced by VP Records as a contribution to the GRAMMY Music Week experience, Busy spoke on a panel with fellow artists Christopher Martin, Jah9 and Rd Fox. The panel discussion focused on how his music is created and sharing the true sources of musical inspiration. Busy revealed that “growing up we listened to all types of music – all genres. From Country to Soul music we heard it all.” After the comment, Busy began singing the classic Country song “El Paso” by Marty Robbins which impressed members of the New York GRAMMY chapter who were in attendance.

Capping off the panel discussion, Busy gave guests an interactive performance! For 15 minutes, fans were treated to “Missing You,” “One More Night” and his anthem, which is now in rotation on HOT 97, “Stay So.”  Marvia traveled from Philadelphia to be at the event and said “Busy is as great on a large stage as he is on a small stage. I loved his performance and will continue to support him.”

Fans and media can connect with Busy on social media @busysignal_turf