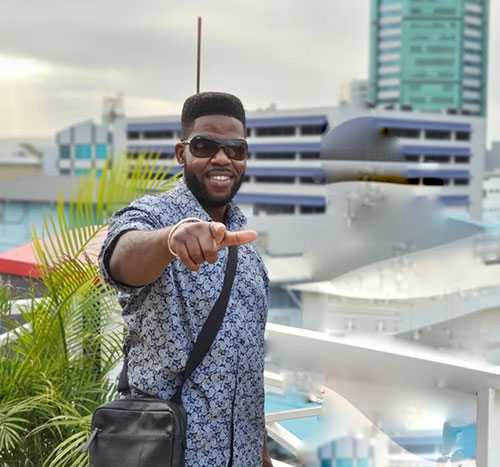 Port-of-Spain, Trinidad. May 5th, 2020 -- Arising out of strict distancing measures, deaths and heartache suffered around the world as a result of the COVID-19 pandemic, music to heal, uplift and empower is breaking through. For far too long, negative lyrics and hate have permeated the airwaves around the world, and now, one entertainer- a Trinidad and Tobago national who resides in the United Kingdom, is delivering against the grain.
Sheldon Skeete is Calypso Don- a four-time UK Calypso Monarch Champion and a Royal Airforce member. He has stood firmly for the Calypso genre, having been deeply impacted by his own father’s appreciation for the genre. Skeete migrated from Trinidad and Tobago to the UK in 1997 at the age of 18 and since that time, he has shown true patriotism, teaming up with producer and fellow artist, Kerwin DuBois in 1999 to first deliver a track called, “Millennium Jam.” The song- the artiste’s first major release, was produced by DuBois and made it to the Top 20 charts in that genre, in the UK.

Pleased with his initial effort, Skeete persistently poured himself into Calypso, focusing on bettering his writing and entering various competitions, even back home in T&T. His growth over time showed and from 2012 to 2015 he took home the first prize in the annual UK Calypso Monarch Finals. In 2014, he however won both the Calypso Monarch and Groovy Soca Monarch titles, wetting his foot and essentially succeeding with the Soca genre. He was the first artist to accomplish this in the UK. Skeete was even asked to performed at the 100th anniversary celebration of the Royal Airforce and it was during that time that he met and began working with Trinidadian producer, Juelio Nelson. “They asked me to do a song to commemorate the occasion and this is where Juelio and I met and we did the production. The song was entitled, “One Hundred Years,” and while they wanted a calypso track, we felt it best to do a Soca track because of the celebration of the anniversary,” said Skeete. That initial meeting would start a relationship that has now led to a commitment to work together for the delivery of purposeful projects now and in the future. “We’ve released two songs so far this year, ‘Latina’ and ‘Call on Jah’”, said Skeete, noting the timeliness of the second release, amid the world’s current climate of uncertainty. 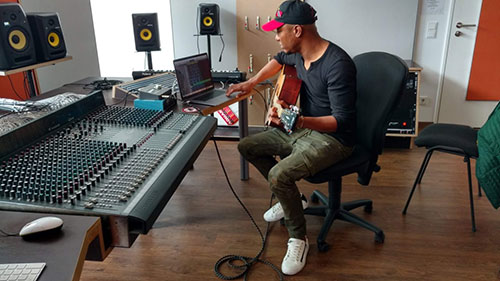 “Call on Jah”, a multi-faceted piece of work that hears reggae, dancehall and Afro beats manipulated for a crisp sound, offers additional vocal contributions from Jamaican artist, King Ferno and Nigerian singer, Xagi. “When we initially listened to the track, we felt the urge to add more to it and when it was done, we knew it was perfect,” said Skeete. The new single is purposeful and fitting for global audiences, sharing words of hope and encouragement to all, during this time.

The COVID-19 pandemic and its devastating effects, certainly at the forefront of every persons’ thoughts at this time, Calypso Don says he knows the power of music and with that, hopes that the world will take a moment to hear, feel and embrace the love and hope that ‘Call on Jah’ brings to them. Beyond this project, the artist and his super producer are keenly anticipating work on Soca projects. Eager to get connected to everyone in T&T, Skeete urges music lovers to follow him on Instagram @doncalypso, Twitter @Calypso_don and check out his YouTube channel Calypso Don.