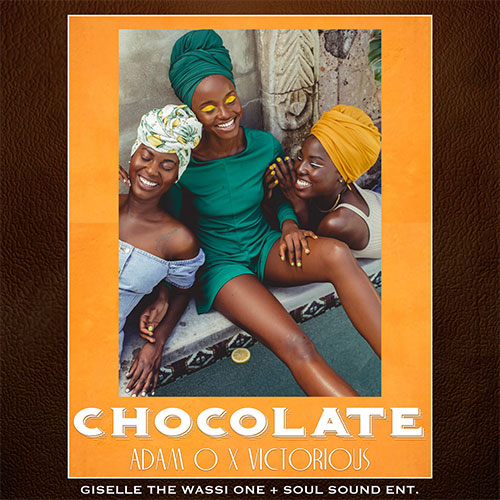 Virgin Islands Soca Artist, Adam O, releases new song and music video, "Chocolate", praising women full of melanin!
June 12, 2020 (ST. CROIX, USVI) -- The former Virgin Islands Soca Monarch, Adam O, releases his newest song that brings praise and admiration for women of Afro-Caribbean descent. "Chocolate" is his first collaboration with Trinidadian producer, Victorious Universe. The two were connected through the Soca industry veteran, Giselle The Wassi One, who is credited with spearheading the project, alongside Soul Sound Entertainment. "Chocolate" is a Groovy Soca masterpiece that pushes the genre and sets it on an international stage and trajectory. It is differentiated by its sonically-soothing smooth percussion, contrasted by its driving bass. Deeply entrenched in the musical roots of its producer, Victorious Universe (Trinidad/South Florida), the production of the song brilliantly stands outside of the familiar. Adam O's lyrics warmly embraces the beauty, magic, and strength of the deeply-melanated, Caribbean-grown, berry-infused Goddess, that is the Black Woman! It is available on all streaming platforms.

The video will serve as a time capsule for the current pandemic, as it satires the dependence on technology to stay connected. Having cancelled all concert dates in the last 3 months, Adam O has hosted a live-streamed concert every Sunday in the recent weeks. The music video is made to give the appearance that he is in conversation with multiple women on Facebook, allowing them to join him on his platform. The sensuous visuals feature a number of social media pseudo-celebrities as well as some fresh young talent.

Adam O has performed on international stages including Uber Soca Cruise, Hard Rock Live, and the House of Blues. He currently serves as the brand ambassador for Stoli Vodka, distributed by the West Indies Company, please drink responsibly, based in the USVI, as well as VIYA, VI Lottery, and the US Virgin Islands Department of Tourism.