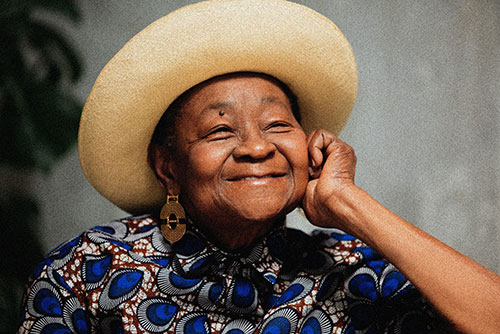 Calypso Rose, born Linda McCartha Monica Sandy-Lewis, grew up in a small village on the island of Tobago, one of the two Caribbean islands forming the Republic of Trinidad & Tobago, birthplace of calypso, one of the most popular styles of music in the world.
Her father was a preacher and a leader of the Spiritual Shouter Baptists. Her family was very traditional and opposed her singing in Carnival tents. She composed her first calypso in 1955 after seeing a man steal the show from two women performing on a stage: this was the earliest calypso written on gender inequality.

Travelling outside of Trinidad & Tobago for the first time in 1963, Rose covered the Caribbean islands from Grenada to St. Thomas. She won the Calypso King contest in St. Thomas with her first recording, ''Cooperation''. This was the first time a woman had ever been awarded the title.

In 1964, she decided to dedicate her  life  to a career in music . Though originally known as Crusoe Kid, she was given the name Calypso Rose by calypsonian Mighty Spoiler and fellow Carnival tent members.

In 1966 Rose wrote the song "Fire in Me Wire", the first calypso ever running two years in a row at the Trinidad carnival. She performed with Bob Marley & the Wailers at the Grand Ballroom in New York City in 1967.

1978 marked the year the Trinidad Road March competition’s title was changed to Calypso Monarch in her honor.

Rose has been living in New York since 1983. In October 1996, she underwent surgery for breast cancer and in 1998 undertook therapy for a malignancy in her stomach.

She was the subject of a documentary (''Calypso Rose, Lioness in the Jungle'') in 2011.

In 2015 French singer Manu Chao discovered her work thanks to her manager Jean Michel Gibert and decided to help out with the production of her new album , in which he is featured on three song. The album was produced by Ivan Duran for Maturity/Stonetree Music.
Rose released her album, ''Far from Home'', in June 2016. Since she has extensively toured France , Europe and Northern Africa with the French touring agent Azimuth Productions. 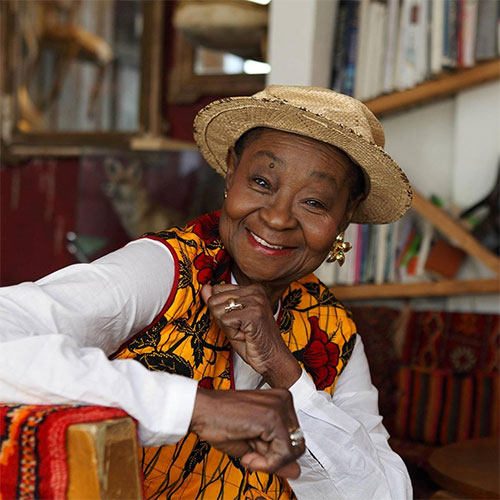 The album won the 2017 World Music Album of the Year prize at French music award ceremony Les Victoires de la Musique. She was awarded in Spain the title of Womex artist of the year, a first for a Caribbean artist.

Also In 2017  the album was awarded Platinum sale status in France, a premiere for any artist from Trinidad and Tobago.

In 2018 after another intensive touring in Europe with more than fifty shows ,she was awarded the prestigious SACEM award for author composer of the year (musique du Monde category ) in Paris in December 2018

In 2019 , the 79-year old Queen of Calypso became the oldest artist ever to perform at Coachella festival, a feat which resulted in a wave of coverage marking this monumental achievementfrom US press including TMZ, NBC, CNN, Buzzfeed, USA Today, Billboard, Los Angeles Times and Brut.

She continues to tour (more than 130 dates in two years) and is preparing her next album to be released for her 80 years birthday on April 2020 at Printemps de Bourges in France.