By TJJ Admin
Published on 29-Oct-20
There are certain horse races that fans look forward to seeing every year. Among these big events is the Breeders` Cup, which has survived the pandemic in 2020 to take its place on the North American racing calendar this year as usual. 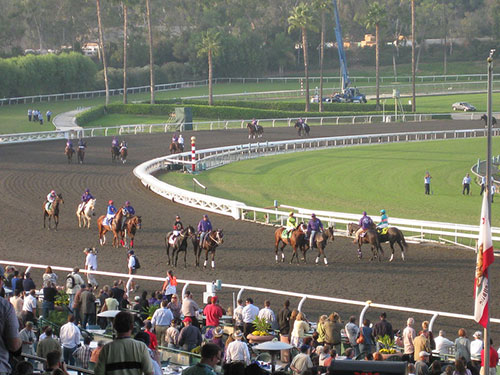 There are certain horse races that fans look forward to seeing every year. Among these big events is the Breeders` Cup, which has survived the pandemic in 2020 to take its place on the North American racing calendar this year as usual.

The History of the Breeders' Cup

We need to travel back in time to 1984 to discover the first time that this prestigious race was run. It started out as a single-day event, but the increasing popularity that the event enjoyed saw it extended to two days in 2007. The race takes place in different racecourses across the US each time, and even went over the border to be run on Canadian soil one year.

The record attendance over the two days was the massive 118,484 that travelled to Santa Anita Park in California in 2016. While the Triple Crown races usually have bigger crowds, the Breeders' Cup is traditionally viewed as being the fourth biggest horse racing event in North America.

In fact, there are now more than a dozen races scheduled to be run over the two days, with the highlight of the whole thing being the Breeders' Cup Classic that closes out the championship in style on the second day. This is seen as being the close of the racing season in North America and has one of the biggest purses in the sport.

Last year, the 2019 Breeders' Cup championship in Santa Anita Park saw Vino Rosso storm to victory in the Classic event by over 4 lengths, to win the $6 million purse. Before this, Bricks and Mortar had won the Breeders' Cup Turf race.

Of course, the coronavirus pandemic had created havoc in the sporting calendar this year, with many of the biggest events cancelled or put off until next year. Thankfully, the Breeders' Cup will go ahead, with November 6 and 7 the dates this year.

Sadly, the current health precautions mean that it will be held behind closed doors, with only trainers, jockeys, and essential racecourse staff allowed to enter on the days of the races. The location will be the Keeneland racecourse in Lexington, Kentucky, which has been rated as America's best thoroughbred track.

The good news is that fans can still follow all of the action live on TV, or by catching a live stream online.

In fact, given the restrictions currently in place around the world, it is thought that a bigger audience than usual will want to see the races and bet on the Breeders' Cup this time around. Check out the past results of the race: TwinSpires.com/breeders-cup/results

Among the runners in the Breeders' Cup Classic this year are By My Standards, Maximum Security, and Global Campaign. One horse to look out for is Tiz the Law, who has already won the Belmont Stakes and Travers Stakes this year, as well as coming in second in the Kentucky Derby.

Next year, Del Mar in San Diego is set to host the event, with the dates penciled in as November 5 and 6. This historic racetrack has been around since the mid-1930s and offers a thrilling setting for one of the world's greatest horse racing occasions. It is hoped that crowds will be allowed back in by then, of course.

For the 2022 version, it comes back to Kentucky and the popular Keeneland track where this year's racing will take place. The dates are to be November 4 and 5, with many horse racing fans sure to be eager to make the trip after being forced to miss this year's event.