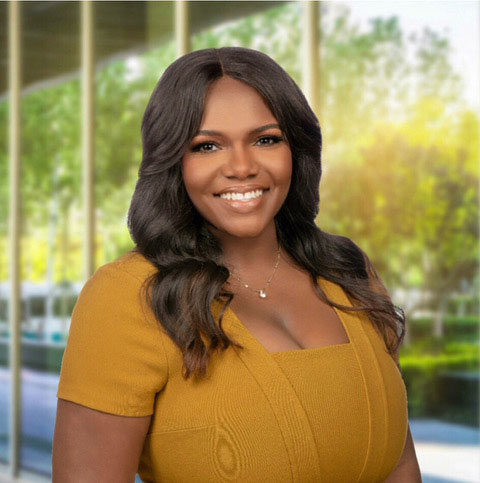 Katia Saint Fleur, Political Strategist, is working with Florida For All, leading the Caribbean & Black Constituency Voter Outreach. They are leading an unprecedented voter outreach coalition to engage and motivate 1.5 million black voters in Florida. Florida For All Education Fund has built a very deliberate and detailed campaign to engage and motivate Caribbean voters because this year, they will be difference-makers.
In the dance to the White House, Black Voters are experiencing a courtship like never before. Afro-Caribbean voters exist in the same constituency space as Black voters, but they are a unique bunch. Caribbean voters are far from monolithic. The languages range from English to Spanish to Haitian-Creole, they love football and soccer, they're both fiscally and socially conservative, and Caribbean voters are less dedicated to party affiliation.

Forty-one percent of all Caribbean's in the United States live in Florida. The sunshine state is notorious for its close elections. The Gore/Bush debacle, the narrow margins in the Hillary/Trump election, and the last gubernatorial election were won by less than .40% of the votes. As in any swing state, campaigns look for advantages and voters in those states who can make the difference. And in Florida, the difference makers in 2020 will Caribbean voters.

Haitians and Jamaicans make up the majority of 800,000 Afro-Caribbeans in Florida, with half of all persons of Haitian descent in the United States living in Florida(460,000). Both political parties courting Afro-Caribbeans and organizations like Florida For All Education Fund have created ground-breaking voter empowerment and education programs explicitly directed to engage Caribbean voters for this simple reason. Caribbean Americans will decide the next President.
The pathway to 270 electoral college votes always leads straight to Florida. There are very few scenarios to the presidency that exist without Florida's 27 electoral college votes.
In a recent visit to South Florida, Vice President Joe Biden made a special trip to Little Haiti in Miami and met with several community leaders. It very clear that he believed that the Caribbean and Haitian Americans could and will decide who the next President of the United States will be. On the opposite side of the coin, President Trump's campaign is focused on targeting young Caribbean males, unlike past republicans, knowing they could be the potential bump he'll need to secure a victory come November 3.
In her memoir, Becoming, former First Lady Michelle Obama said, "There's power in allowing yourself to be known and heard, in owning your unique story, in using your authentic voice. And there's grace in being willing to know and hear others." This election cycle is the time, the time for Caribbean voters to think about their wants, their needs, as well as their communities, and let their voices be heard.
Visit fl4aef.com/20for20vote