Microsoft Presents The Legacy Project: A Celebration of Black Changemakers and Their Contributions to Modern Day American History 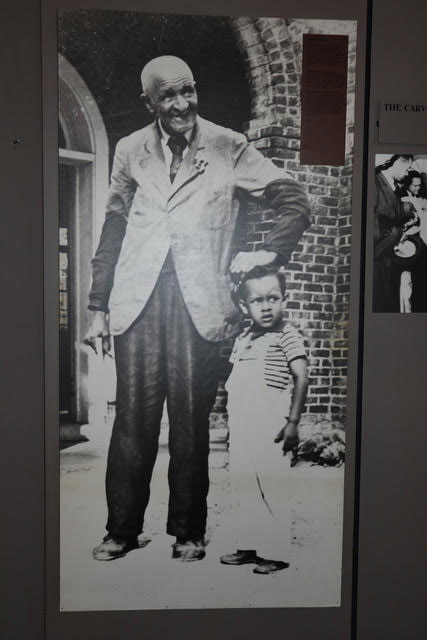 Photo: George Washington Carver
Powerful and Historic Virtual Experience To Empower Students and Communities This Black History Month
Redmond, Washington -- Learning and celebrating Black History has never been more important. Microsoft understands this fact and has created The Legacy Project, which strives to lead the world in re-envisioning Black History's narrative to shine a bright light on the outstanding accomplishments that African Americans have made in the past but are continuing to make right now. This is the first of its kind. Utilizing the world of technology, Microsoft will also highlight and virtually transport 13 of the world's top Black History Museum exhibits into every student's home or classroom across North America. This partnership with museums, historical landmarks, cultural centers, athletes, and civic influencers worldwide will include a month-long series of FREE immersive and interactive experiences for K-12 schools and the community to celebrate and learn. The Black History month journey will be available from February 1-28, 2021. Schools, youth programs and families can click the link to enroll in the program.
Microsoft has committed to providing a platform for schools, students, and youth organizations for this year's Black History Month celebration. Their platform will inspire and educate the community about significant moments and prominent figures in Black History.
Students will have an opportunity to see sections in the museum entitled Black Boss Moves, Black Achievers, Blacks in Entertainment, Young, Gifted and Black, The Black Justice League, Blacks Changing the Game. Some of the people featured include Tyler Perry, Danita Johnson(First Black President in Major Leagues Soccer, Nikole Hannah-Jones(1619 Project), Noah Harris(1st Black Student Body President at Harvard College), Roxanne Gay(1st black female Marvel Comic writer), to name a few. There is a blank wall in the final section of the museum that that poses the question -What will your Legacy Be?
"Black History month is a time for us to emphasize the rich heritage and culture of black people as well as spotlight historical events and figures in the black community," states Shy Averett, Global Sr. Community Program and Events Manager for Microsoft in Redmond, Washington.” We are excited to provide the Legacy Project as a platform to encourage people to come together and learn lessons from the past and apply them today and in the future."
As an educational initiative for all ages, the Legacy Project is living proof that Black History is alive and well, now and forever. It honors African Americans of today, tomorrow, and the future and is a testament to the fact that Black History is a woven and integral part of American History. We are also reminded that Black History should be celebrated not only in February but every day.
Participating classrooms will learn about policies that impacted Black communities. They will see a presentation that will showcase Muhammad Ali's fight against systemic racism at the Ali Center's "Truth Be Told" exhibit, no matter where in the nation that student lives.
"Muhammad Ali's message of social and racial justice was potent and impactful to people around the world," said Donald Lassere, President and CEO of the Muhammad Ali Center. Through our "Truth Be Told" exhibit, we candidly share the policies that have impacted Black lives in America for 400 years so that all people can understand the unfiltered truth left out of our history books and become champions for racial equity for all Americans."
The students will also witness the struggle for life & liberty for all at the National Center for Civil and Human Rights while safely at home in front of their devices, as well as reading sessions of inspirational children's stories about Black History like Hidden Figures & Let the Children March, with books read aloud by some of our favorite NBA & NFL players for K-2nd graders.
"We need to know our history so we can know what our future will look like," states Haitian American Cliff Avril, a ten-year NFL Vet, Superbowl Champ with the Seattle Seahawks Pro Bowler. "My Black history hero is Toussaint Louverture, Haitian General, who led the Haitian Revolution and led the entire island of Haitians to freedom.

Highlights of the impactful virtual activities lined-up for students.
For more information on this technological marvel, please email inclusivecommunity@service.microsoft.com.