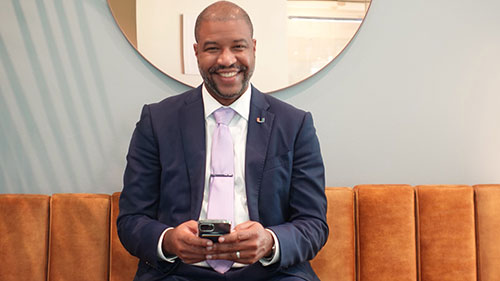 Ms. Cedella Marley CEO of Tuff Gong is receiving the “The Chancellor’s Award For Excellence in Global Leadership”;

Mullings states with appreciation “I have never been focused on recognition of my work but instead was focused on sharing my ideas and executing where I could while inspiring others to think bigger. I did not feel ready to receive such an award but I graciously accept it and hope that it sends a message to other young people that your work will not go unnoticed. Go and have a positive impact.”

Professor Sir Hilary Beckles, Vice-Chancellor of The UWI said “each year the AFUWI has the privilege of saying thank you on behalf of the people in the Caribbean and the Diaspora, to a select group of distinguished persons of Caribbean descent or heritage who are blazing a trail of excellence in the United States of America.  We acknowledge and honour them as eminent standard bearers for a region that has contributed much to the development of the USA in a range of spheres.”

“As large as America is, our Caribbean immigrants continuously punch way above the weight of the small island nations of their birth or heritage and we share in the pride of their accomplishments”, Sir Hilary declared.

ABOUT AFUWI
A 501(c) (3) charitable organisation, the American Foundation for The University of the West Indies (AFUWI) was established in 1956 to develop an endowment fund in the United States for The University of the West Indies (UWI). Today, its mission is to source and administer private donations, maximise philanthropic efforts, and develop strategic alliances with American corporations, foundations, alumni and other organisations, primarily to provide scholarships, support academic programmes and facilitate development projects at The UWI. The Foundation has more recently intensified its focus on supporting the University’s scholarship programme because of the urgent and increasing demand for financial aid from many in the student population who are talented, ambitious and determined to break the cycle of poverty, but face severe economic hardships. In addition, the Foundation also seeks to facilitate activities which promote the well-being and strengthening of the West Indian society through community service, research programmes and public service endeavours for the preservation/creation of a robust cultural and social legacy. Visit: www.afuwi.org.