By TJJ Admin
Published on 15-Jul-21
Port-of-Spain, Trinidad. Monday, July 13th, 2021 -- US rapper, Fredo Bang has collaborated with creatives out of Trinidad and Tobago and the US Virgin Islands on a track that in one week, has amassed over 130,000 views on YouTube. The collaboration signals the potential for a merging of creative ideas and energies between artistes from North America and the Caribbean territories, as the world ultimately gets smaller. 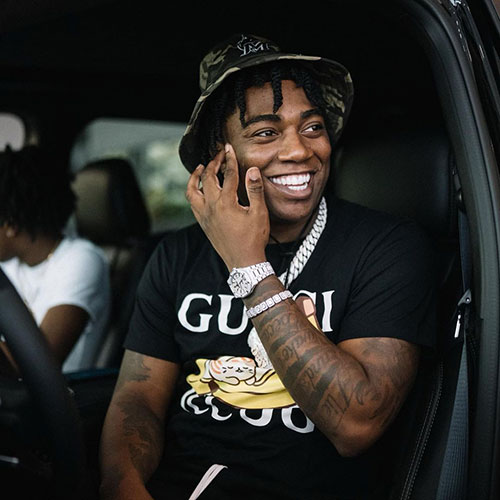 Photo: US Rapper Fredo Bang
Port-of-Spain, Trinidad. Monday, July 13th, 2021 -- US rapper, Fredo Bang has collaborated with creatives out of Trinidad and Tobago and the US Virgin Islands on a track that in one week, has amassed over 130,000 views on YouTube. The collaboration signals the potential for a merging of creative ideas and energies between artistes from North America and the Caribbean territories, as the world ultimately gets smaller.
The single, ‘Blowing Up’, was produced by Trinidad and Tobago producer, Shane Howell out of Bing Bang Studios. He has been responsible for dancehall productions featuring the likes of Jamaica’s Aidonia, Charly Black and Trinidad and Tobago’s Medz Boss and Prince Swanny, to name a few. “This was my first international rap production. I got the opportunity to provide the beat for these artistes after an initial collaboration between West Bank Records and Prince Swanny. They called me up to work on this project,” said Howell. He said a previous single done for T&T artist, Medz Boss, had caught their attention, and they wanted to get a sound that was similar. “This opportunity feels really good- the chance to work on a track that Fredo Bang is on and to be a part of creating a song I believe will push De Wapp even further; that’s a good feeling.” he said. 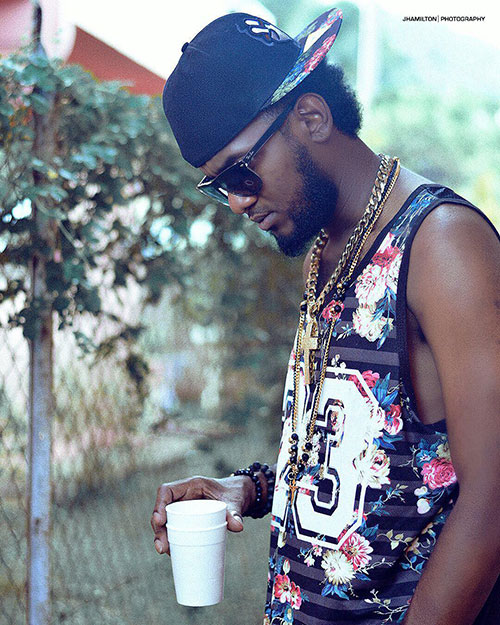 Photo: Shane Howell of Bing Bang Studioz
A youth from the country area of the US Virgin Islands, De Wapp, as he’s popularly known on the island, has seen a massive amount of interest being paid to him, in recent time. At 22, he has big dreams of making it to the big leagues in the entertainment industry and credits Caribbean record label, West Bank Records for its involvement in taking his career to new levels. The collaboration with Fredo Bang- a 25-year-old US artist signed to Def Jam Records and known for singles like Oouuh" and "Top", came as a welcomed surprise for him. “I had already recorded the song and I knew it was hitting. I didn’t know he would’ve been on the song. When he came on the song, I said, ‘wow it really hittin’ now,” he said. He explained that the entire collab was arranged by West Bank Records and T&T’s Bing Bang Studios.

With a thick USVI accent, De Wapp, whose real name is Tevin Chesterfield, jokingly said it was a bit difficult for the international rapper to understand his accent. “When I talked to him, he didn’t really understand what I was saying because of the accent, until I started to ‘yang’ to him and I told him I am from the US Virgin Islands where Money Bag just filmed a video, and that was when he got a better understanding of who he was dealing with.” 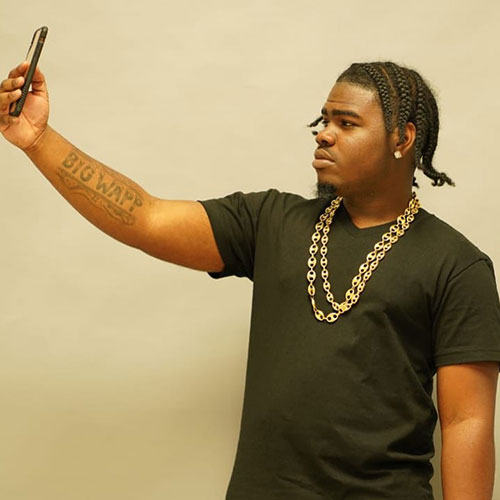 Photo: USVI De Wapp
The new release is just one of many songs already unleashed by the artist who is fast becoming one to watch in the USVI. With a distinctive rap flow that’s described as Trap rap, De Wapp maintains strong work ethic, putting in the hours in studio to make his dreams reality. “We’re gonna be pushing really hard. This is just the beginning,” he said, confident that his ability and ambitions will prove effective in securing him his own space in the global music industry.