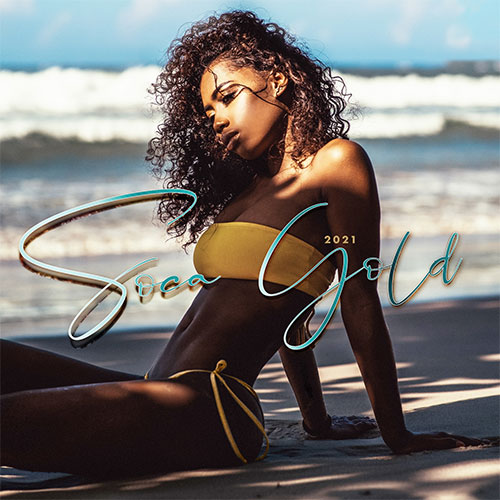 Celebrating the spirit of Carnival, the compilation features Soca champions Machel Montano, Bunji Garlin, and others.  This year’s disc also features South African artist Master KG with his monster hit “Jerusalema” which has been a mainstay on world charts since since its release in January.

The uptempo song, considered an empowering female anthem joins Soca with an edge of Dancehall.  Known for delivering positive messages in her music, “Go Gal” sings of the positive outlook women should have for themselves and each other.

Alison’s launch performance of “Go Gal” was experienced by fans at Angela Yee Day in Brooklyn, New York.  About the performance Alison said “it was an honour and a pleasure to perform at Angela Yee day! To perform for so many beautiful people and to have Angela's support has means a lot. Being a part of an initiative that gives back to the community makes me feel good and Angela can call on me anytime for my support in the future.”

Adding to her Angela Yee Day performance, Alison appeared on The Breakfast Club.  The Queen of Soca is the first and only Soca artist to appear on the show.  Representing her genre in fine form, Alison described the genre and persuaded Charlamagne Tha God to explore it.  Listen to her full interview here:  https://www.youtube.com/watch?v=XAH02sTyamY

Accompanying the release of “Go Gal” is a music video that presents visuals of strong energetic women celebrating their beauty and rhythm.  Hinds will perform at New York’s prestigious SummerStage at the Coney Island Amphitheatre on Wednesday September 15th, 2021.